After all, there’s a lot less cooking and cleaning up after an evening out 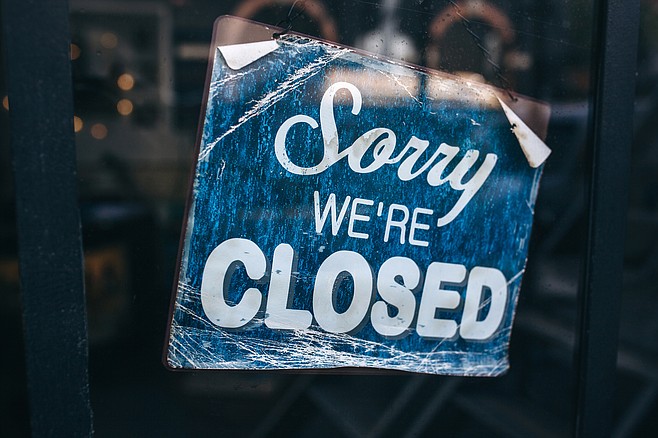 I have been preparing elaborate Thanksgiving dinners at my house for and with a core group of friends and family for some time now. I think this would be my fifth or sixth year hosting... if I were to host. The thing is, I am straight burnt out on planning, prepping, cooking, and baking a gigantic meal, particularly as I feel the self-imposed need to do better with every passing year. There are only so many clever ways to rethink green bean casseroles and baked sweet potatoes! This year, I thought I had stumbled on a glorious solution to the problem: we should all go out to a restaurant that’s serving Thanksgiving dinner. For me, it would be an obvious break from toiling and laboring; but notwithstanding that, I thought it would be kind of cool to celebrate the holiday in an alternative fashion, as people might do if not chained to their domestic lives, perhaps. Since dropping this suggestion, I have been met with more or less the same response, something along the lines of “OMFG not cool, bro!” from everybody. Personally, I don’t see how this moral outrage is justified. Is there something awful, of which I remained heretofore blissfully unaware, about visiting a restaurant for Thanksgiving dinner?

Time was, many restaurants closed on Thanksgiving day. Sure, Denny’s and Waffle House were always open so long-haul truckers could get a hot meal, but mainstream citizens would have seen it as perverse to be anywhere but gathered together with family. That has changed — in my opinion, because of hipster trends.

Ever since the earliest days of the American hipster diaspora, when pioneering hipsters abandoned the insular small towns of their youths for then-unpopular urban centers throughout the nation, groups of on-trend hipsters have found themselves scattered far from home and family come the fourth Thursday of November. Many sought solace among their own kind, organizing potluck Friendsgivings where nobody had to humor a vaguely racist grandparent. Others distanced themselves still further from convention, descending on their favorite trendy restaurants and demanding full service on Thanksgiving day.

Mainstream family types quickly realized the hipsters were onto something. After all, there’s a lot less cooking and cleaning up after an evening out, and it’s always easier to humor a jerk relative if you can order more pumpkin pie Manhattans with a sidelong glance at the table server. The trend of dining out on Thanksgiving has steadily grown, and now it seems as if every fashionable restaurant offers some kind of a Thanksgiving dining experience, often thoroughly hipsterfied. Going out for Thanksgiving has morphed from something for sad, lonely losers into a chic and acceptable alternative holiday tradition.

Of course (there’s always an ‘of course’), this is all old business in a new hipster package. During the Gilded Age, wealthy toffs routinely headed to fancy hotels for elaborate Thanksgiving buffets. The idea of the home as the center of Thanksgiving seized hold of Middle America only after World War II. Thus, like so many things, hipsters have rediscovered the past and given it a 21st-century makeover we can all enjoy.