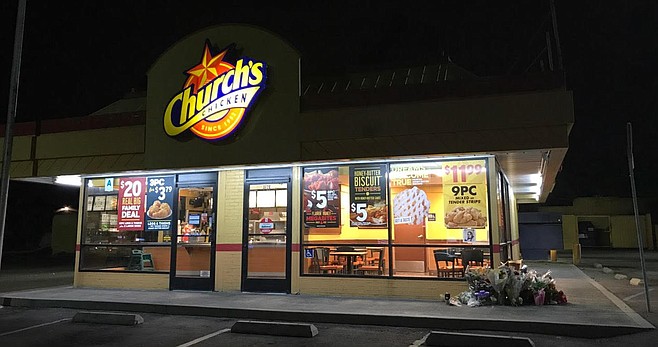 Over 200 people attended the "peace gathering" at the Church’s Chicken parking lot in Otay Mesa on November 16. The gathering was in honor of the restaurant’s three employees — Mario Rojas, Humberto Ruiz and Maribel Ibañez — who were shot on Nov. 6. 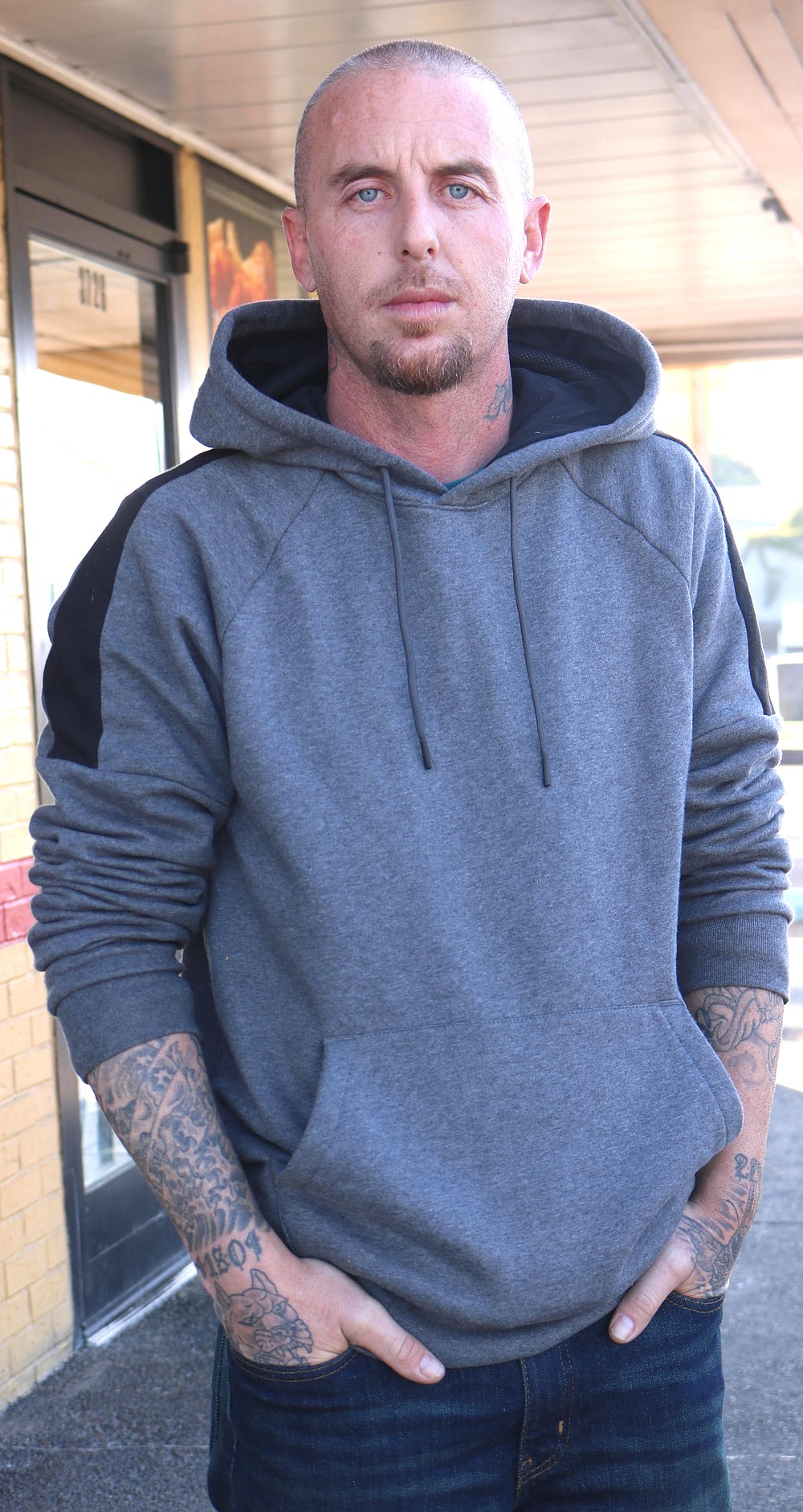 David Walker: “I’m not a hero, I was just some dude in the right place, in the wrong time."

Ibañez, 28, was killed in the shooting, and Ruiz and Rojas were injured.

“I just happen to know the uncle of Maribel Ibañez,” said Ruben Torres of Love Thy Neighbor, “he came up to me, and he said, “This is your neighborhood, your backyard, and you need to do something.” So I made some calls, and we did; this gathering is a time of peace and love, and we hope to restore some hope back into our community.”

“The fact that so many people from the community [are coming] to stand up about it,” said David Walker. “I thought that was cool.”

Ruben Torres :“I just happen to know the uncle of Maribel Ibañez.”

The morning before the gathering, I met up with Walker, 34, who works at the 7-Eleven next door to the restaurant — which is about a quarter of a mile north from the 905 and Picador Boulevard exit, on Del Sol Boulevard. We spoke to the left of the restaurant’s doors, on the opposite corner of the memorial composed of candles, flowers, and a photo of Ibañez.

“I’m just [sitting in my truck] here until my shift started, and I’m just scrolling through Facebook, bro,” Walker recounted the seconds leading to the first two gun shots. “And all of a sudden …. it sounded like two kids lighted off two fireworks. Then, you hear three more go off. I open my door, I get out, and I go, “What the fuck,” and I see homeboy (the suspected shooter) run out, but I don’t see him get into no car.” 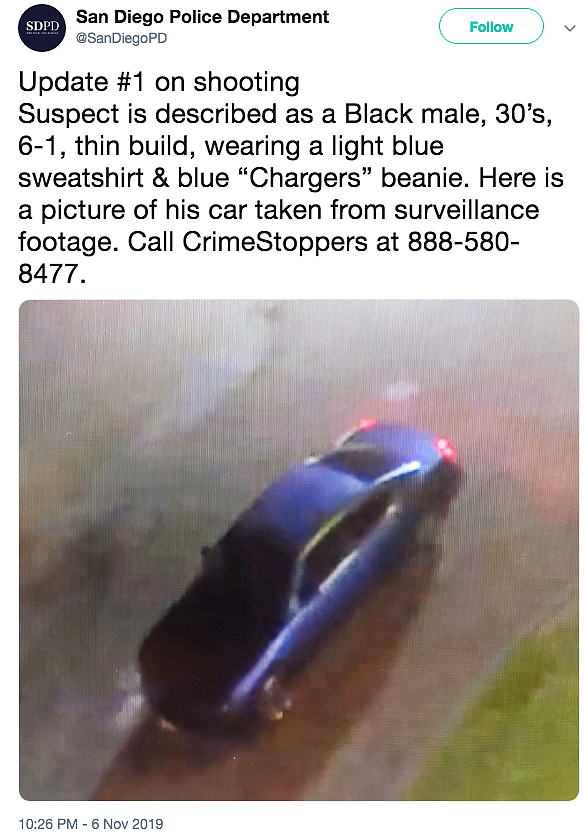 ABC 10 News San Diego reported on November 8, at “5:31 p.m.: The man is seen [on surveillance video footage] calmly walking out and driving out of the parking lot in his blue or dark blue car. The car is seen heading northbound on Picador Boulevard.”

“Then the back door kicked open, and my concentration went that way,” continued Walker. “One of the employees (Rojas) had fallen out and fell to his knees, and there was just blood everywhere. 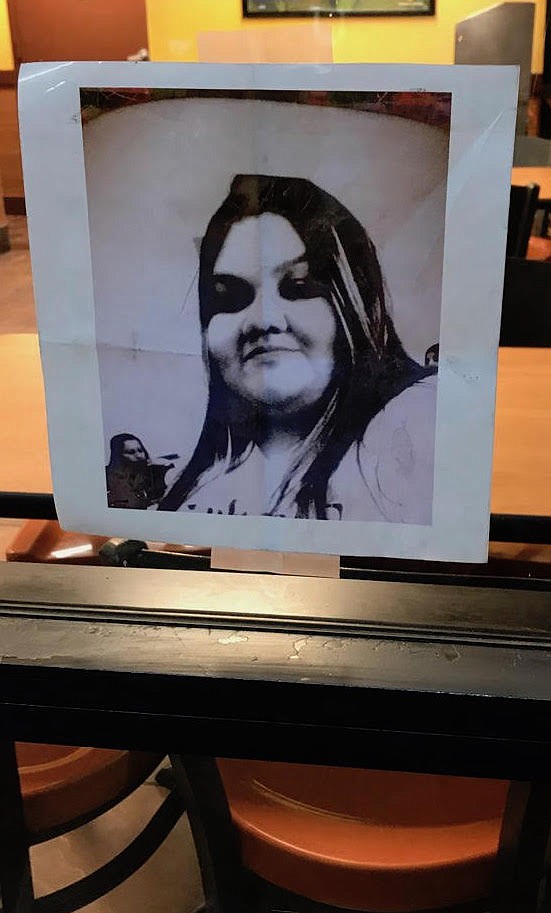 Maribel Ibanez. "They didn’t tell me she was shot behind the counter."

“Then he [Walker] started helping Mario Rojas,” Torres said, “and took off his belt and used it as a tourniquet on his arm, and he kept telling him he was going to be okay.”

Rojas was reportedly shot in the arm and stomach.

“Like once I had my belt around his arm, and I had him as comfortable as I could have him, I go “I’ll be right back,”” Walker said. “Then I run to the front door, I open it, and yell inside “Is everybody ok?” They tell me everybody was OK, but they didn’t tell me she (Ibañez) was shot behind the counter. I would’ve jumped over the counter and tried to perform CPR, and then [go] back to [Rojas]. That kinda bothers me, because I was the only one [helping them before the first responders arrived].

“There were people in the drive-through, and they pulled their cell phones out and started recording. I told a girl to get her fucking phone off me …. I’m like, “What the fuck are you doing? Call 911!” Like what you gonna get, five likes on your fucking Facebook, because your posting some dude helping someone.”

“How long did it take [for] the cops to roll through, when this popped [off]?” I asked Walker; “I’d say, about three minutes…. and about five minutes when the ambulance got here.” 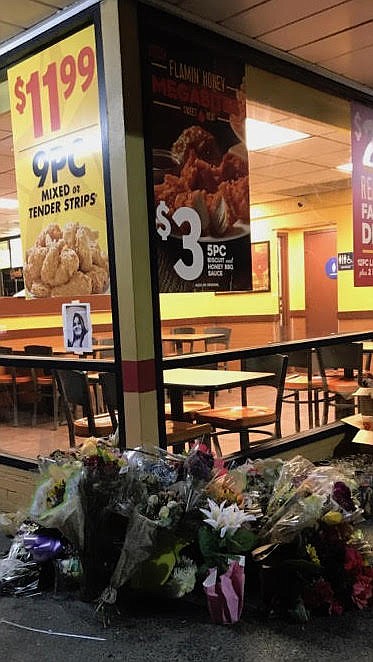 “That’s got nothing to do with the franchises.”

“Last I heard through Mario’s family,” Torres said, “he still has a bullet lodged in his stomach. He’s still in the hospital, and I think he’s on his third surgery.

“There’s a lot of that stuff going on right now. You’ve seen it over at east Chula Vista at Cotixan Mexican and Seafood, with the teenager that got jumped. And then you hear it all over the news in Maryland, where someone got stabbed and died, just for jumping in line at Popeye’s. I don’t know if it’s a weird coincidence with this stuff happening at restaurants like this.”

“That’s got nothing to do with the franchises,” Walker said, “that's something to do with the people. That’s ignorance, everybody walks into an establishment like that and starts getting mad saying “Oh my God, they ran out of a chicken sandwich” — then you turn into an animal. That's not what we are, fighting over food and shit, like the world’s ending.”

As this story goes to print, Torres has no update on Ruiz, the third Church’s Chicken employee who was shot.

After Ibañez’s funeral on the morning of November 16 — Ibañez’s mother, family and friends attended the peace gathering from 3 p.m. to 6 p.m. Mothers with a Message and police were there. The gathering consisted of live music, art, speeches, candle lighting, and prayers.

“It’s a time to put our differences aside and put love first,” Torres said, “and it’s a reset button. From the takeaway I’ve gotten, a lot of people are living in fear — the guy still hasn’t been caught.”

After I spoke with Torres, I reached out to the restaurant employees; they declined to comment.

On the night of the shooting, the San Diego Police Department tweeted: “Update #1 on shooting: Suspect is described as a Black male, 30’s, 6-1, thin build, wearing a light blue sweatshirt & blue “Chargers” beanie. Here is a picture of his car taken from surveillance footage. Call CrimeStoppers at 888-580-8477.

The suspected shooter reportedly attempted to pay for food with counterfeit money, then got into an argument with the restaurant employees. He left, then returned, and opened fired on the employees.

Both Walker and Torres grew up in the neighborhood and remember eating at this Church’s Chicken when they attended nearby Montgomery Middle School.

“Like, 7-Eleven corporate gave me a plaque for recognition,” Walker said, “and they put on it like “You’re a hero,” and I’m like, “I’m not a hero, I was just some dude in the right place, in the wrong time, and I helped somebody.” Because of my values of people and life — that doesn’t make me a hero.”