Smoked meats served in the back of Ramona Liquor store 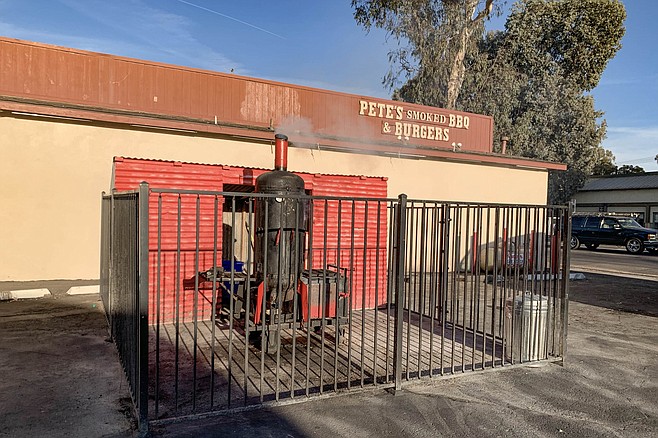 There are two types of diners in the world: those who would absolutely never, under any conditions, order food prepared in the back of a liquor store; and those who will pull over their car immediately to try it. Turns out, I’m one of the latter.

I was just passing through Ramona when I spotted a plume rising from a drum smoker placed outside of Ramona Liquor, below a sign reading “smoked BBQ.” That would be Pete’s Smoked BBQ & Burgers, which has carved out a service counter and casual dining room at the back end of the shop. 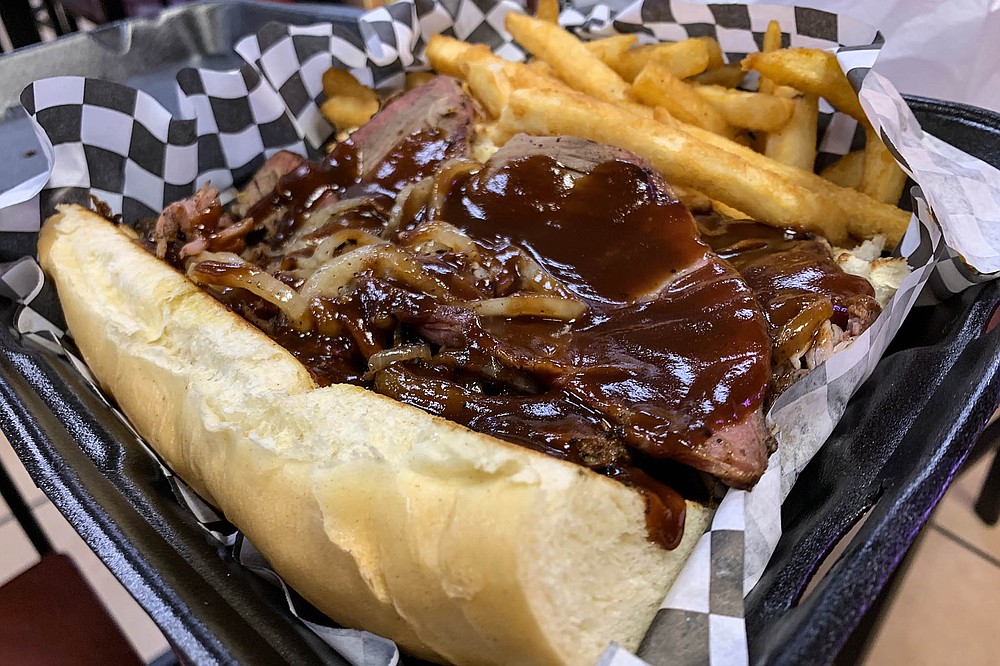 Not for the first time this month, I pulled over without hesitation to investigate the liquor store grub. For a food writer, finding good food coming out of such an unlikely venue is like finding great artwork at a yard sale. At the very least it makes a good story, so where others might see a questionable dinner decision, I spied opportunity. Of course, more often than not, this approach doesn’t work out, as evidenced by the liquor store fried fish I declined to tell anybody about four weeks ago. 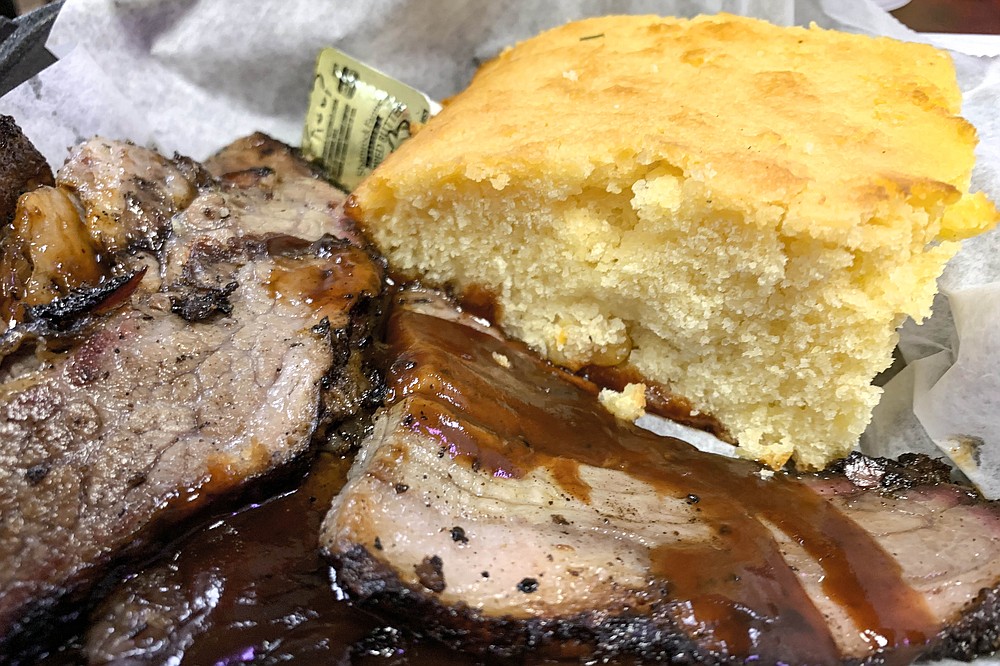 Brisket and corn bread worked out better than fried fish.

Fortunately, my luck turned around in Ramona. The first thing I went after was the weekday special: Pete’s tri tip sandwich. It’s nothing more than sliced tri tip, grilled onions, and BBQ sauce on a roll, served with French fries. On weekends it goes for $12.99, but from Monday through Friday it’s a deal at $10.99. 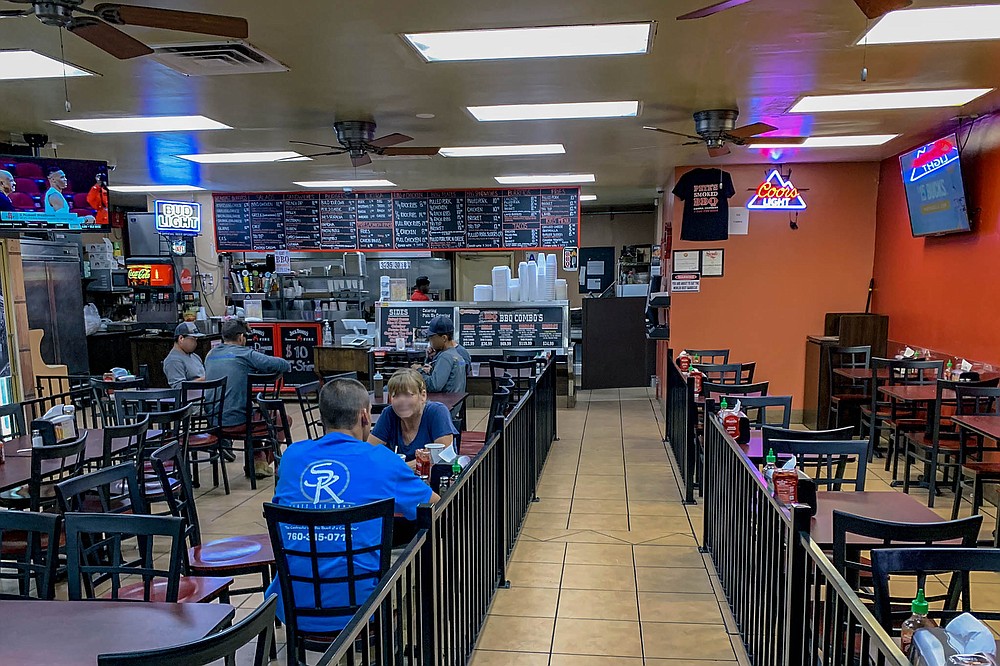 The tri tip sandwich is a far more common sight in central California, where it’s a regional specialty. For those who know, when slow cooked, the bottom sirloin cut gives tender and flavorful meat you can sink your teeth into, yet chew without much fight. At first sight, this one looked almost unmanageably large, but one I was able to press those two pieces of bread together and start eating, I wouldn’t have accepted any less. The sandwich and crispy potatoes went fast. I was spurred on by tangy sauce and meat so smoky I almost worried it would set off a smoke detector.

The guys working at Pete’s are really proud of the tri tip, recommending it over most other options. But my top recommendation would be the brisket. Served in thin slices, each with just enough fat still attached to keep it interesting, it proves even more flavorful, with or without BBQ sauce. I got a decent amount of it served as a plate with corn bread and two sides (macaroni and baked beans) for $13.99.

But I’m just getting started with the menu at Pete’s, which runs fairly deep with cold sandwiches, salads, and burgers to go with traditional BBQ options including pulled pork, chicken, and ribs. There are even breakfast burritos, which cinches it: if I lived in Ramona, this is where I would be thickening my middle.