Tie-dyed and squinty-eyed music of the Grateful Dead 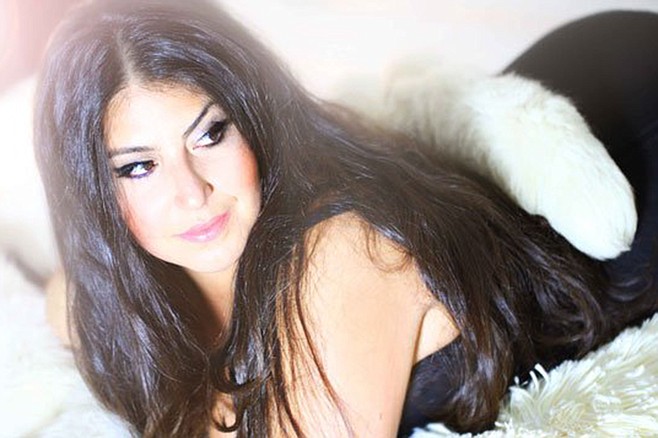 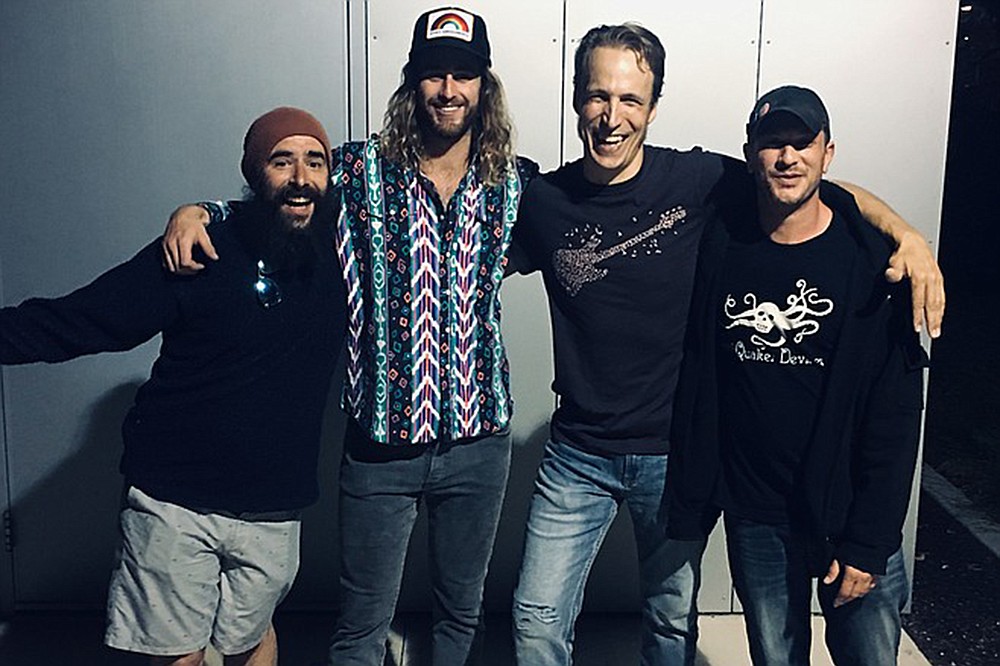 “This will be our first full-length album, which we have assembled as a sort of concept album,” says Ben Ringgenberg of the Lost Monarchs’ release party for Eye on the Sun. “The album title takes a special meaning for the band members. Our drummer, Eddy, grew up in California, but the three other members relocated from Chicago later with our eyes on the sun of California.” For this OB show, “We’ll have a few guests; Jen X as a guest singer, Fitz the artist who created almost all of our artwork, the producer-engineer James Page from Emerald Age Studios in Vista, and more. Folks can expect a few cover tunes different from our regular sets. We might even feature a couple of songs with two drummers, as an ode to our favorite bands. We’ll have an artist creating live art, a light show, a variety of fresh merch, and of course copies of the new album.” Headliner Tim Reynolds is best known from the Dave Matthews Band. 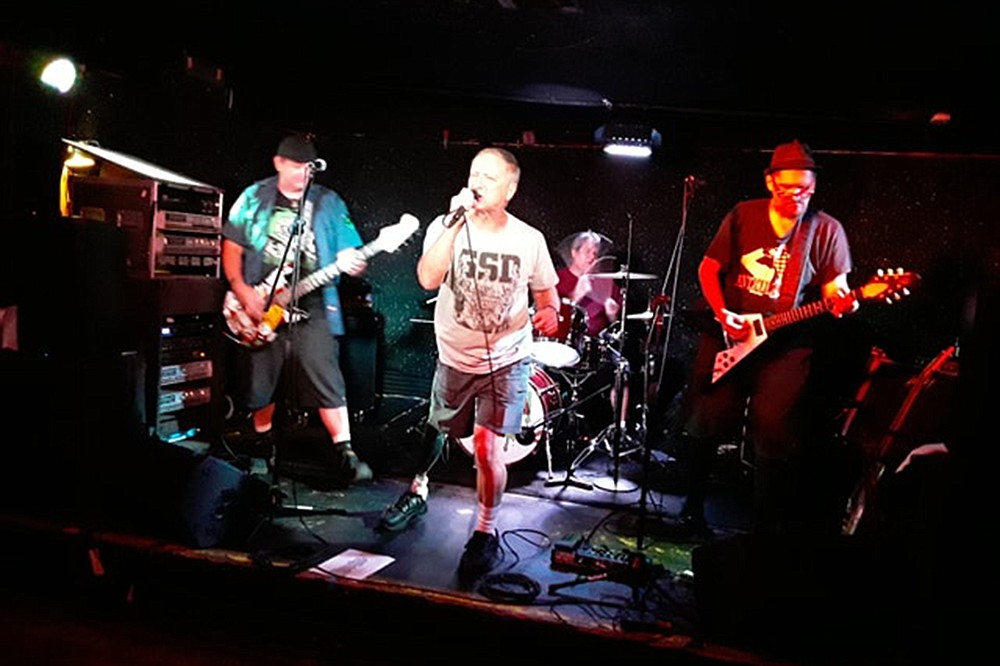 Social Spit’s history dates all the way back to 1980, though they’d already experienced a number of lineup shifts before the glory days of 1986 to 1992, when they were sharing stages with punk royalty such as Circle Jerks, Bad Religion, the Exploited, U.K. Subs, 7 Seconds, the Adolescents, and the Descendants, as well as opening for Meat Wagon dozens of times. Through the 1990s, the band was an on-and-off concern, with oft-shifting lineups. Currently based in East County, the roster includes founding guitarist Jonny Vee (aka WeaponX), as well as singer Cliff “Pegleg” Cunningham (in and out since 1981), bassist Ugly Lenny of Inciting Riots (who joined in 2005), and returning drummer Javier Vega (replacing Jimi Flynn, ex-Ministry of Truth), who originally played with the group from 1987 to 1991. The bill includes Neko Neko Neko, a rock trio formed a couple of years ago by singer-bassist Hector Penalosa (the Zeros, Baja Bugs), and CYKA. 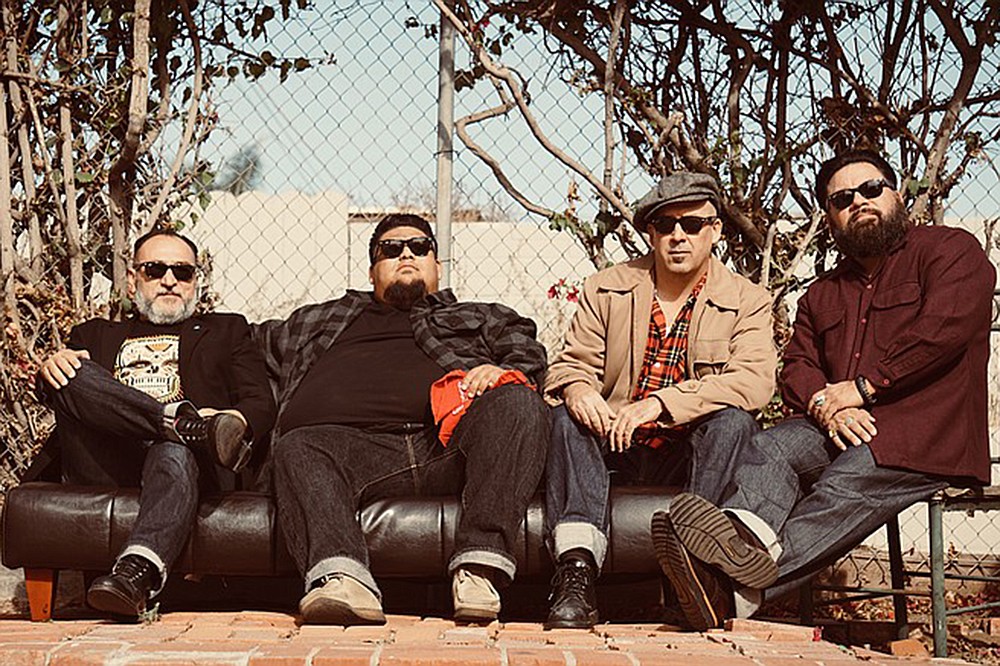 Action Andy & the Hi-tones and the Sleepwalkers

The Sleepwalkers have been playing authentic Americana roots rock since 1992, specializing in original American music styles including blues, country, Tex-Mex, Cumbia, and their own brand of roots rock. In 1999 they released their first album Can’t Stop Rockin’ on Relampago-go records, which earned them positive national reviews, and a nomination for Best Americana album at the San Diego Music Awards. Their songs “Dead of Night” and “Vas A Ver!” were included in the 2007 movie Ofrenda Desnuda, which was directed by International Film Award Winner Guillerma Von Son. They’ve played with everyone from Link Wray and Sleepy Labeef to the Texas Tornados, the Blasters, the Fabulous Thunderbirds, Kid Ramos, the Beat Farmers, El Vez, Freddy Fender, the Rev. Horton Heat, Big Sandy, and the Supersuckers. Mostly active from 1992 to 2002, they reformed in 2013 and continue to play and tour several months each year. Also appearing will be Action Andy & the Hi-Tones. 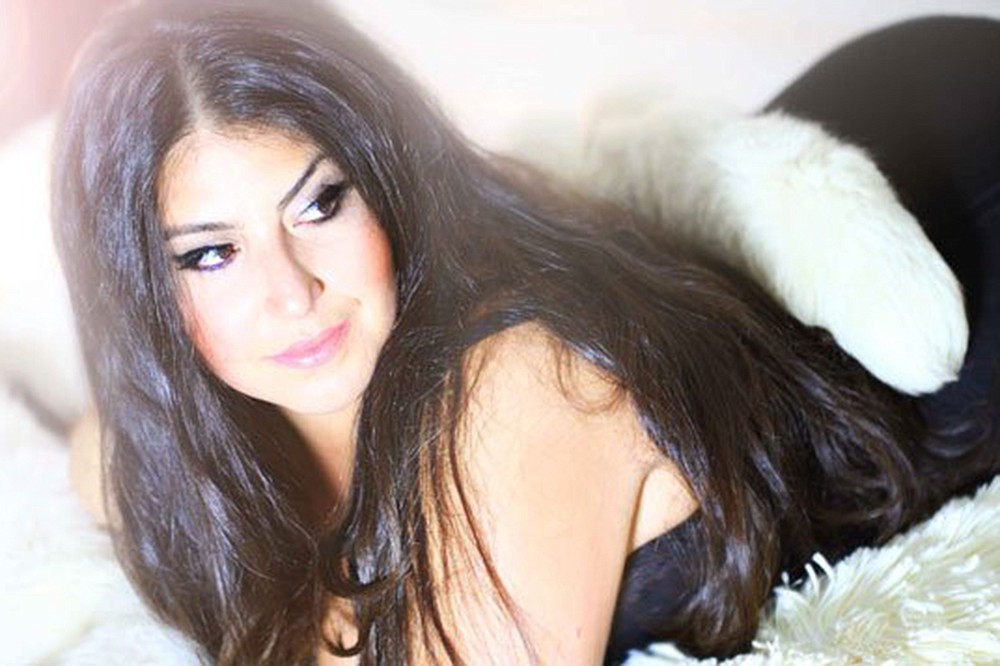 The daughter of a Lebanese father and a Mexican mother, native San Diegan Sacha Boutros attended the University of San Diego on an athletic and academic scholarship, going on to play soccer semiprofessionally for ten years. Along the way, Boutros learned to speak French, Italian, Spanish, English, and a bit of Arabic, Portuguese, and Swiss-German. But it’s her talents as an opera-trained jazz vocalist with a four-octave range which have earned her the most acclaim and employment. After serving something of an apprenticeship at the Red Fox Room with the late Shirley Allen, Boutros’s CD Speak Low came out in September 2007. Her 2008 album Simply Sacha was for a time the most-downloaded Latin-jazz release on emusic.com. In performance, she’s been known to spice up her sets with occasional left field selections such as her 2015 single “A Love Song,” her first country recording, covering a tune made popular by Anne Murray in the 1970s. For this Mission Valley show, Boutros will be backed by pianist Mikan Zlatkovich and bassist Dean Hulett. 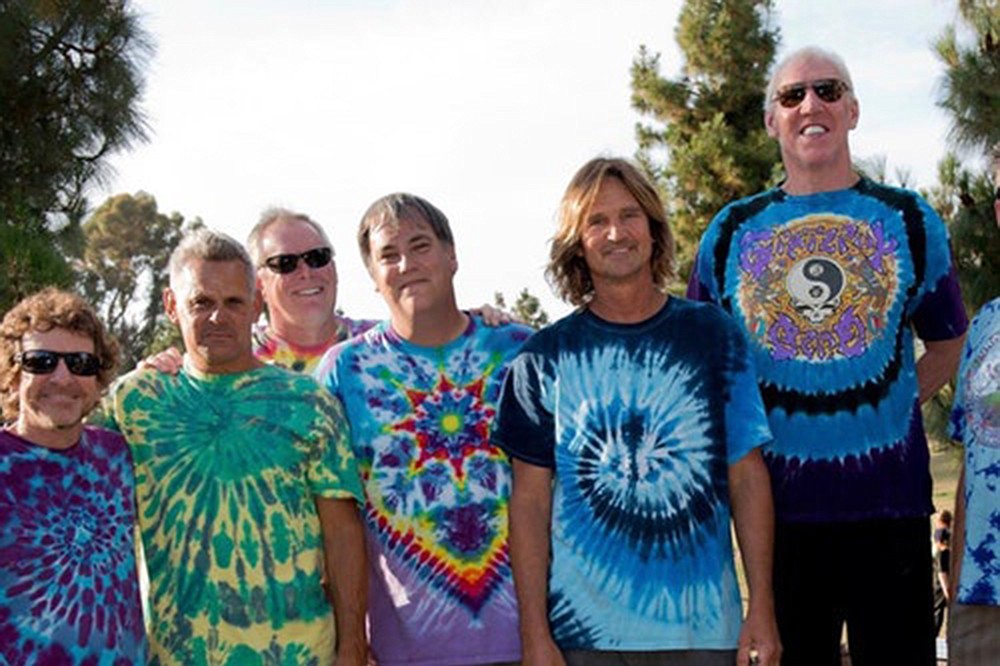 The benefit for the Rob Machado Foundation will feature basketball star and Grateful Dead cheerleader Bill Walton with local jamsters Electric Waste Band, along with the premier of the Grateful Dead-inspired film Fire on the Mountain. The Waste Band, a classic-rock group that features the music of the Dead and other tie-dyed and squinty-eyed jam bands, has been playing Monday nights at Winstons in OB since February 1992, one of the longest weekly residences in San Diego history. One can still view their original MySpace page promoting the event, with images of anthropomorphic M&Ms surrounded by marijuana, Homer Simpson jamming on guitar with Phish beneath a pot banner, and a bleary-eyed Yoda taking a bong hit. A logo with their motto informs that they “rock the shit out of the Dead.” Their continued local popularity among Deadheads is evidenced by the limited release Electric Waste Beer Red IPA that debuted in January via Karl Strauss Brewing Company. The bill includes Grammy-winning bassist Oteil Burbridge, and proceeds benefit the Rob Machado Foundation, founded by the renowned surfer in order to educate and empower young people to make sustainable choices.