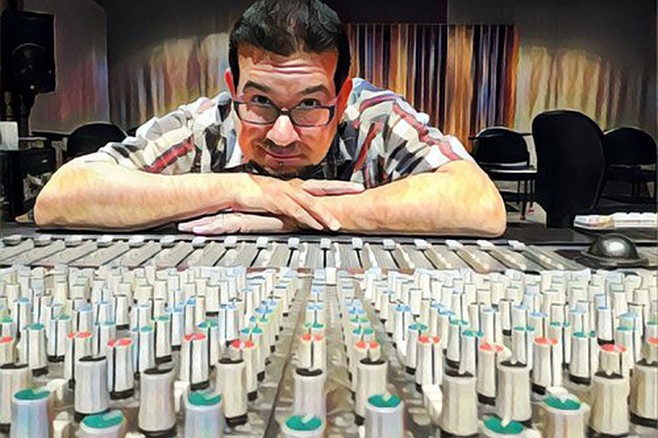 The physical location of Iacon Sound is history. The Golden Hill studio that also housed six rehearsal spaces was shut down at the end of September after the building’s ownership changed. Their lease expires at the end of the year, but a cash for keys agreement was negotiated that allowed them to leave the building before heavy renovations on the structure commenced.

“If we were gonna stay, it would have become a construction nightmare,” Iacon co-owner Sulo King explained. “As I thought about it more, I thought that I don’t wanna spend my New Year’s Eve making sure I got the last of my stuff out of Iacon. I want to enjoy Christmas, not be stressed out and depressed.”

King’s former partner at Iacon, Frank W. Torres, will continue on with the Iacon name as a recording engineer for hire who will work out of various local studios. King is going to pursue opening a larger rehearsal space building that may have a recording option as well — but this will operate as more of a location that can be rented by outside producers as opposed to a full-time recording enterprise over which King resides. His goal is “a bigger and better multi-media facility at 6000 square feet.”

He plans on having at least 25 rehearsal spaces at his new complex. “That is the only stable side of this business as far as studios go. To be 100 percent honest with you, 60 percent of my inquiries on a weekly basis were all for monthly rehearsal space,” King said.

When we chatted by phone, King had just arrived in Idyllwild. His band, Authentic Sellout, was scheduled to perform as part of Idyllfest the next day. The former booker for the Brick By Brick was also putting some of his old skills to use.

“We’re actually doing double duty,” he explained. “We want to get out of the city and relax up here, get settled and see if they need help with anything else — because this is my jam. It’s like wiping the dust off the promoter side of me. I haven’t dealt with that in years. I did a little under ‘Iacon Sound Presents’ post-Brick By Brick, but I’ve been searching for different atmospheres to play, have fun, and just do something different. Opening up for nationals is one thing at venues, but playing events like this is way more fun for us.”

Authentic Sellout has an inside joke about how they go through drummers like they’re Spinal Tap. No surprise, there is once again a new face behind the kit. Steven Moran (ex-Swan) has taken over the traps. King enjoys his presence because he is all business, and is eager to tour. Touring is a priority for King now. For him, it appears to be the key to getting into the larger punk festivals, such as Punk Rock Bowling. “Every agency that has wanted to work with us is like, ‘Start showing me that you guys can get on the road yourselves, and I’ll consider it,’” King said.