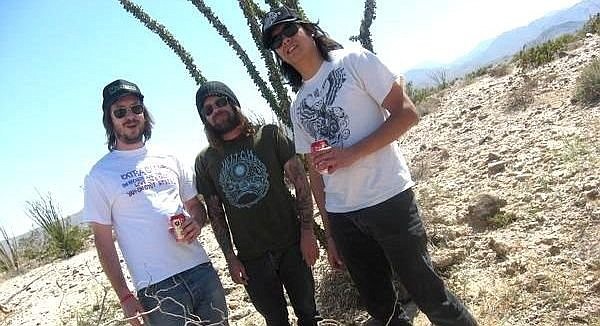 The Black Crowes played their first show in six years on Monday, November 11 in New York City, with the founding Robinson brothers now backed by an all-new flock of Crowes including local Earthless guitarist Isaiah Mitchell. Chris and Rich Robinson performed the band's entire 1991 Shake Your Money Maker album, encoring with a cover of the Rolling Stones' "It's Only Rock 'n Roll (But I Like It)."

The reunited duo (no other original members were invited) were backed by an al-new lineup including Mitchell, former Tedeschi Trucks Band bassist Tim Lefebvre, and keyboardist Joel Robinow and drummer Raj Ojha, both from Once And Future Band. The same day, they also played several classic tracks during an appearance on Howard Stern's SiriusXM show

The Crowes will play L.A.'s Troubadour on Thursday, November 14, before launching their full tour next summer, including a date at North Island Credit Union Amphitheatre on September 18. Inspired by Krautrock and Japanese psychedelic bands when it launched in 2001, Earthless has featured Mitchell, a former member of Nebula and occasional player with Lady Dottie & the Diamonds, alongside drummer Mario Rubalcaba, who formerly played with Rocket from the Crypt, the Black Heart Procession, Hot Snakes, the Sultans, and Clikatat Ikatowi, and bassist Mike Eginton, formerly of Electric Nazarene.

Mitchell, who has also taught guitar lessons at Moonlight Music in Encinitas, was with Earthless when they took home the 2007 trophy for “Best Hard Rock Album” for Rhythms from a Cosmic Sky. In March 2008, they played the annual South By Southwest (SXSW) music festival in Austin, Texas. Their double disc concert album Live at Roadburn was recorded at a festival in Tilburg, Holland, and they earned rave reviews for their 2010 CMJ festival performance. Said one reviewer, “The epic shredding of guitarist Isaiah Mitchell harkens back to the days were psychedelic rock had balls the size of grapefruits and wasn’t afraid to take its listeners on a ride for which they may never return.”

As of 2015, Earthless had been on three Australian tours and five European tours. Their first tour of Japan happened in January of that year. A new full-length debuted last year, Black Heaven (named one of the Top 50 Best Albums of 2018 by mxdwm.com), released via Nuclear Blast and recorded at Rancho de la Luna in Joshua Tree, with Dave Catching (Eagles of Death Metal) handling production.

The album was preceded by a single for "Gifted by the Wind," one of four tracks on the album to include vocals by Mitchell, a departure from their previous concentration on long and trippy instrumentals.

Earthless still appears to be a going concern, having spent much of October on tour, kicking off at the Empty Bottle in Chicago and wrapping at Deluxx Fluxx in Detroit. Opening acts included Maggot Heart and locals Sacri Monti.