Chinese restaurants are just an excuse to visit Mexicali 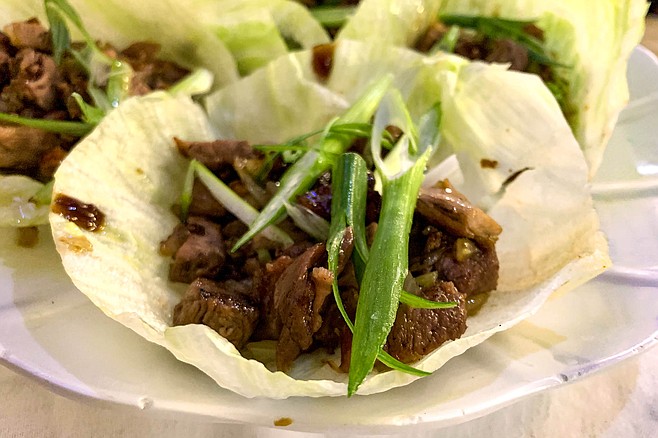 From downtown San Diego, the drive to Mexicali took a little over two hours, most of it traveling east. Past the Cuyamacas, past the Jacumba hot springs, past the Desert View Tower and its surrounding landscape, barren but for huge piles of boulders that look as though they were unloaded by a giant dump truck in the sky. If we wanted to pay a visit to Mexico to order tacos, this would have to be considered the long way about it. 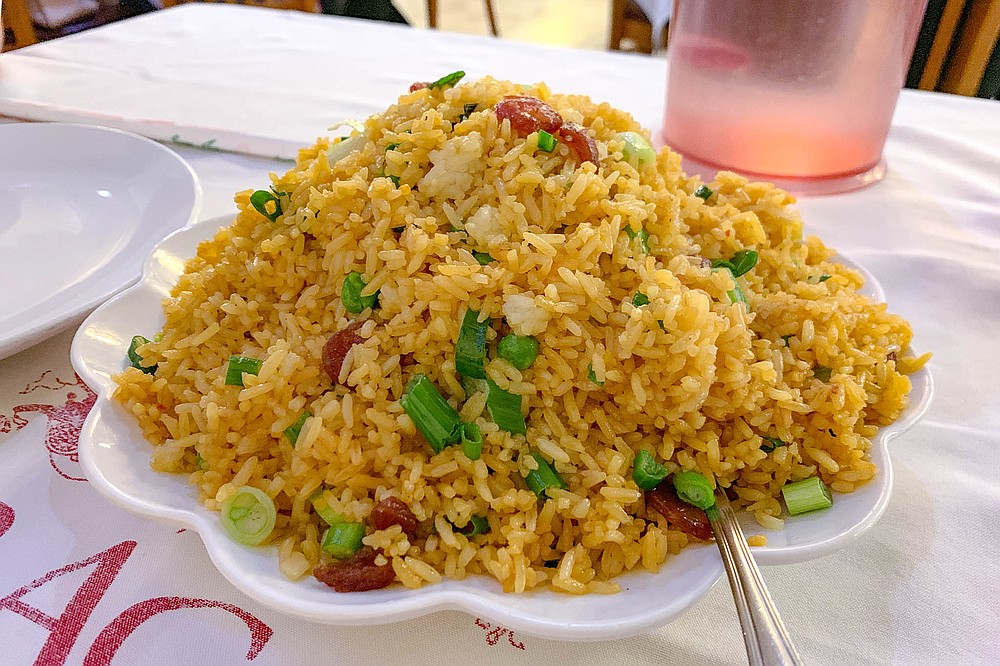 A heaping pile of fried rice cooked for a Mexican palate

But these weren’t tacos, not really. That’s just what the menu called them. Tacos de lechuga. Tacos of lettuce. These were lettuce wraps, filled with green onions and diced duck, drenched in sweet hoisin or plum sauce. That’s how they do tacos at Restaurante Dragon. We drove all this way because Mexicali is the only city in Mexico better known for Chinese food than Mexican.

They say that, 80 or 90 years ago, Chinese immigrants briefly outnumbered Mexicans in Mexicali, mainly railroad workers driven across the border by racist immigration laws enacted within the U.S. (stop me if this sounds familiar). That’s changed as the factory town’s population has quadrupled over the past half century, but the legacy survives as evidenced by the city’s Chinese restaurants numbering in the triple digits, and with individuals like our waiter, who is ethnically Chinese, yet spoke to us in Spanish. 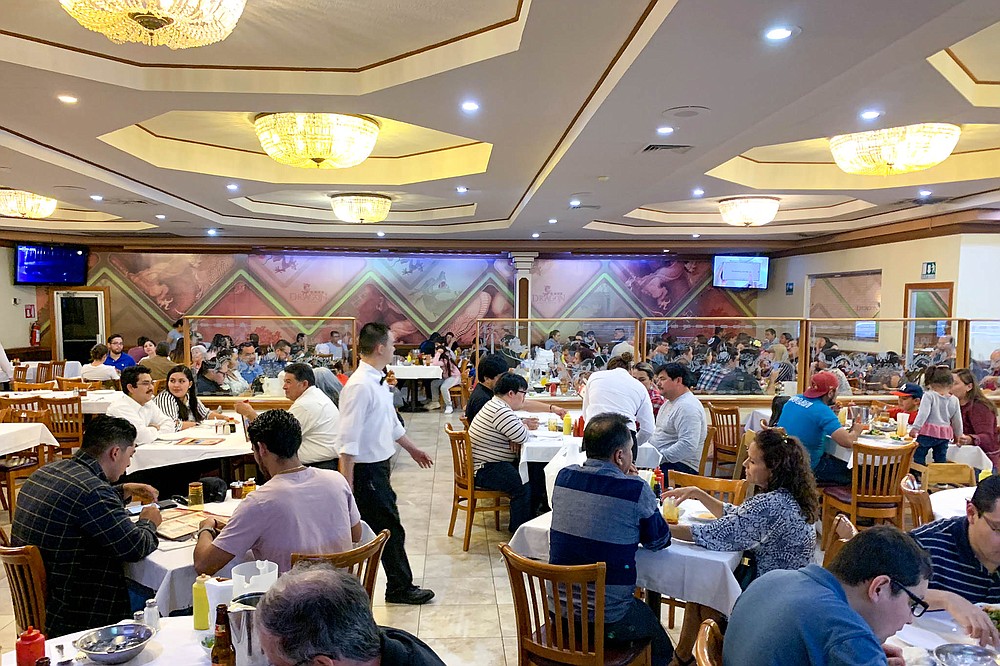 The spacious Chinese restaurant in Mexicali

It makes for an interesting enough narrative that many a curious visitor in this internet age has bitten, and subsequently returned from Mexicali hailing it as the best place south of L.A.’s San Gabriel Valley to dine on Chinese cuisine. Given the prevailing notion that San Diego amounts to the toughest place in So Cal to find quality Chinese food, there’s a built-in rationale we can use to justify a 240-mile round trip for lettuce wraps, noodles, and fried rice.

Almost. Certainly, Restaurante Dragon didn’t disappoint. The large restaurant was almost at capacity on a Sunday afternoon, a mixed clientele dining on white linens, under crystal chandeliers. It resembles the type of Chinese restaurant you’d find populating any American city with a significant China Town. Except in the way American Chinese restaurants have catered to American palates with the advent of dishes including Orange Chicken, the restaurants in Mexicali cater to Mexican tastes, incorporating a few chili peppers, for example, or incorporating arrachera style skirt steak into beef and noodle dishes. Or dubbing lettuce wraps, tacos. 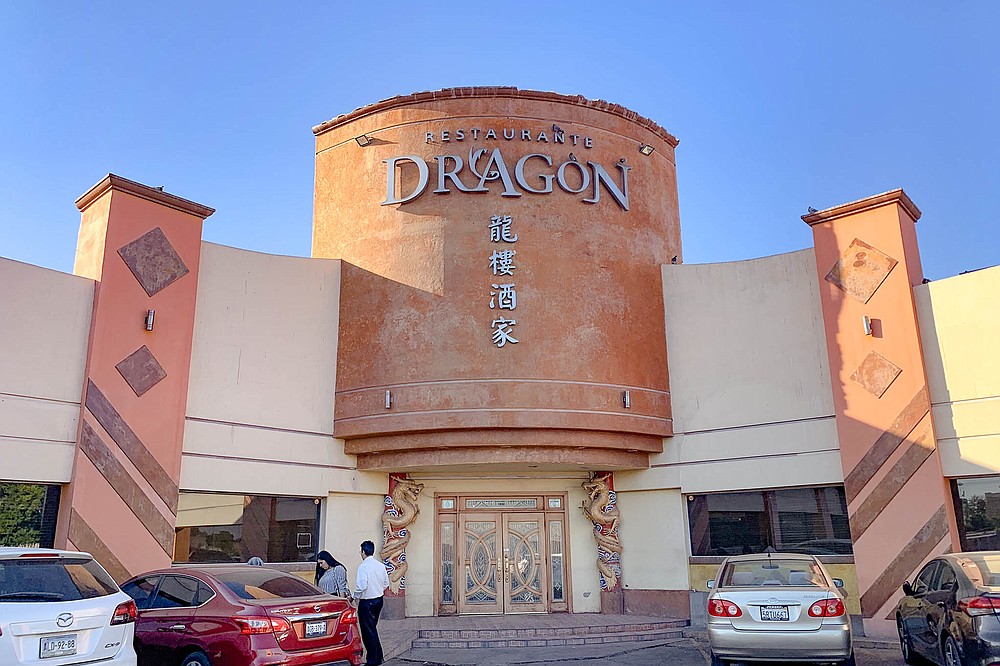 Five of those duck lettuce wraps went for 250 pesos (~$13), which doesn’t add up to level of exchange rate savings you get eating in Tijuana, especially when you factor in whatever fuel costs add up to on four hours in the car (even in my hybrid, we’re looking at six gallons). But there’s a massive menu, featuring more than a hundred dishes, so no doubt, there’s good bang for your buck to be had. At 140 pesos (~$7.50), a quality half order of Chinese sausage fried rice piled high enough on the plate that it would contribute to two separate sessions of leftovers; a pile of beef noodles with vegetables was comparable.

It was all good, but I get the feeling most locals who visit Mexicali for the Chinese food tend to oversell how much better it is, if only to share a better story with friends and social media followers. More interesting to me than the food itself was exploring the city’s breweries (such as Cerveza Fauna, recently recognized as the second best brewery in Mexico); and simply cruising the border town’s wide avenues and laid back neighborhoods, proving by example that all Mexican border cities aren’t inherently as crowded and hectic as our neighboring Tijuana. I suppose what I’m saying is, if you’re going to drive to Mexicali, don’t do it just for the Chinese food alone. Do it for the day trip.