What Will Become of Us: Frank Lowy in three equal parts

Memories of a mall man 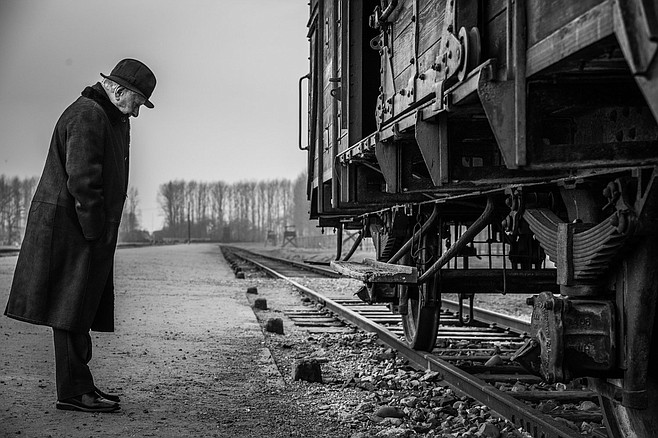 The last thing a movie critic needs after a hard day at the multiplex is more visual distraction. Despite having that chunk of logic firmly planted in my brain, I still proceeded to heed a friend’s advice and tap into the popular series of “dead mall” videos now playing at a YouTube near you. Who knew that it would provide research material for this week’s review? What Will Become of Us is a biodoc of Frank Lowy, the co-founder of the Westfield Corporation who, at the age of 13, fled Nazi-occupied Hungary. What a story there is to tell!

Frank Lowy was once told that retiring meant death, so he built a career out of devising ways to forestall retirement. At age 89, he is in far better shape than Horton Plaza, one of the 35 shopping centers currently owned and operated by the Westfield Group in the US and the United Kingdom. When first we meet him, Lowy is entertaining a merger with the French commercial real estate company Unibail-Rodamco, revealing himself as a realist by observing, “A merger? More of a buyout.”

Director Steven Cantor divides Lowy’s life into three equal parts, the least compelling of which is the shopping mall component. Moving on, then: Lowy is married to Shirley, whom he first met at a Hanukkah party when he was 21. Together they have 3 sons, all of whom are in the family business. Seated close together at a corner of the dinner table, the Lowys share what appears to be an average conversation between a couple who have spent over six decades together. When Frank’s voiceover tipped, “We have a great marriage, only it’s a bit one-sided,” I half-expected the gnomish billionaire to trot out the old, “Behind every great man is a great woman” rubric. But the one-sidedness to which he refers is Alzheimer’s. Shirley’s body is seated alongside him, but without her mind, Lowy has lost his partner. And the more Shirley forgets, the more important it is for Lowy to hold onto his memory.

Then, for the first time, Lowy speaks candidly on camera about his past. In his mind, knowing where he came from couldn’t help but inform where he was heading. Before determining the course his business will ultimately take, he is joined by biographer/story consultant David Kushner and a camera crew for a contemplative road trip to the past. Lowy returns to Budapest and Slovakia — places of “sadness and bad memories” — to chronicle his early life, the years before finding safe haven in Israel and eventually settling in Australia at age 31.

With antisemitism on the rise, the family moved from Czechoslovakia to Hungary, He was a child living in Budapest when the Nazis invaded. He recalls watching his father cry as he prayed that God would shield his family from harm. (The title refers to a question his father repeatedly posed to God.) For years, Lowy operated under the assumption that one morning, his father left for the train station to inquire about booking safe passage for his family out of the country. That was the last time he was seen. It is with this sense of suffering and loss that his son greets every day. Forty years later, Lowy comes to learn the truth behind his father’s disappearance. The manner in which it comes to him is itself a miracle.

What becomes a self-made billionaire philanthropist the most, visually speaking? Certainly not a biopic that substitutes fuzzy third generation dupe footage invariably blown up to fit the screen as documentary authentication. As if that weren’t bad enough, what’s with all the branding and timecode cluttering up the frame? Westfield generates $40 billion a year in retail sails. Pay for the rights and let the digital branding be damned!

What do I look for in a documentary? In a perfect multiplex, both subject and storytelling would enlighten the viewer. More often than not, said viewer must settle for an efficiently told chronicle of a fascinating topic of interest. If any movie is capable of putting a face on an otherwise individuality-lacking string of industrialized spending complexes, What Will Become of Us is it. If nothing else, it will be impossible to look at the Westfield logo in the same light after seeing this picture. And unless there’s another wise booker in town looking for a celebrity doc to show, you will have just one shot at seeing it. The San Diego Jewish Film Festival will screen the film at 7 pm on November 13 at the David & Dorothea Garfield Theatre at the Lawrence Family JCC. For more information, visit my.lfjcc.org.