Thrown out of a North County Democratic meeting 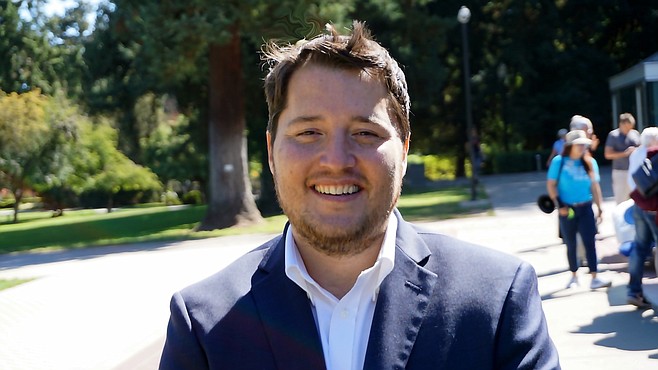 Has an organized Democrat group become too petty for its own good?

I was given a heads-up that the September 29 DEMCCO meeting (Democratic Club of Carlsbad Oceanside, self-billed as North County’s largest Dem group) was going to be an exhibition of power plays. 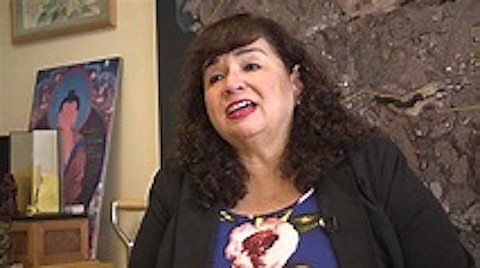 Esther Sanchez got the club's board to hold a vote on an endorsement for Oceanside mayor.

Oceanside councilwoman Esther Sanchez got the club's board to hold a vote on an endorsement for Oceanside mayor 13 months before the election. “Esther wanted to do it so early so that no one else could get it and I understand she had just enough friends on the board to do it,” says member and Oceanside mayoral hopeful Ruben Major.

The cutoff to register for the November 2020 election race is not until August.

Former Oceanside councilman Chuck Lowery (whom Esther forced out of office by beating him by 300-some votes for a council seat last November) is not a fan of Sanchez. The word was he was going to be there at that meeting to try to deny Sanchez the 60 percent vote for the endorsement. 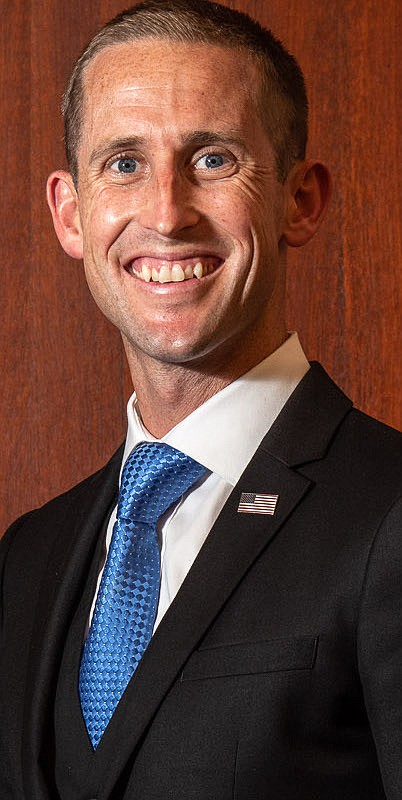 Zack Beck made the surprise announcement that he was running for mayor of Oceanside.

I didn’t want to miss this drama, held at the Carlsbad Women’s Club. As soon as I walked in, I saw attorney Nadine Scott (a supporter of Oceanside councilwoman Esther Sanchez), run up to club president Linda Slater and tell her that I was a reporter.

Slater then rushed up to me and told me I had to leave, since this meeting was only open only to members. I then told her I would join and immediately paid the $25 fee to join. Without missing a beat, Slater responded “OK, we’ll take your money.” I told club members that that seemed like a confrontational way for a club leader to welcome a new, dues-paying member.

The club bylaws were clear: I could not vote on anything during that meeting since I had just joined. I could not take photos or make audible recordings during the meeting. I happily complied with those rules.

I complained at one point in the meeting to the 120-plus in attendance that my attempted rejection didn’t seem right. A number of people spoke up and agreed. Slater asked all four Oceanside mayoral hopefuls if it was OK if I was there. All four said they had no problem with it. But when it came time for the actual voting on the mayoral endorsement, I was told I had to get up and wait in the lobby.

Once I was ejected, one longtime African American club member told me that nothing like this had ever happened before and that there was nothing in the bylaws that would have forced me to leave.

Oceanside mayoral hopeful Major said my ejection was not acceptable. “The problem is the membership has changed. Basically, what happened is a lot of good people have left the group, and now you all you have left is a lot of the personalities. And the good people that are still left aren’t aware of what’s going on behind the scenes.”

Major said that Sanchez was able to commandeer the leadership to set an early endorsement vote. “The leadership sidestepped the bylaws…This is highly unusual to set a vote like this this early.” But even worse, he said: “My candidate statement was not published in their newsletter while Esther’s was.”

Major says despite Sanchez’s best efforts, she was denied the endorsement, since she reached only 58 per cent, short of the 60 per cent threshold.

Club member Steve Burrell didn’t think I should be thrown out. “It’s a matter of the freedom of the press."

Tom Frew is president of the Fallbrook Democratic Club. He said he may be open to ousting non-members (say, Republican operatives) who may show up just to disrupt his club’s meetings. But Frew said that he would never throw out a member of the press.

I was allowed to attend Fallbrook‘s September meeting where 95 per cent of the club’s membership voted to endorse Escondido councilwoman Olga Diaz for the District 3 county supervisor’s seat now held by Republican Kristin Gaspar. Diaz’s Democratic competitor Terra Lawson-Remer had committed to attend the event weeks before, but Frew announced that he was told by an assistant for Lawson-Remer just before the meeting that the candidate had a prior engagement and would not be attending. Frew said that prior engagement was not disclosed.

Fallbrook is not in District 3. But some Fallbrook Democratic Club members said that Escondido and Fallbrook are neighbors and that since Fallbrook is not incorporated, they need a “longtime friend of Fallbrook” like Diaz to help oversee that town's governance which is largely overseen by the county board of supervisors.

Meanwhile another good reason to attend the Democratic club meeting in Carlsbad was that Zack Beck made the surprise announcement that he was running for mayor of Oceanside. The longtime Oceanside resident was once Oceanside’s city clerk for about $30,000 a year but left last year to take the same position in Escondido for four times that salary.

At the club meeting Beck said he is running with the support of former Oceanside mayor Jim Wood, who stepped down last year due to health reasons.

If elected Oceanside mayor, how could Beck attend both the Escondido and Oceanside council meetings which are held at the exact same time (first and third Wednesdays)? And what about the potential conflicts if he represents Oceanside and Escondido on groups like the North County Transit District or the San Diego Association of Governments (SANDAG)? Can he have serve two masters?

His response: “As of now I a have submitted my statement of intention to run with the city clerk’s office for the mayoral position and I am focused on serving the residents of Escondido as their city clerk.” With regards to the conflicting meeting times, he appears hopeful that the Oceanside City Council will change its traditional meeting time. “The mayor and council members are able to set the calendar for city council meetings in Oceanside.”

Shirley Anderson...Yes, I got the name wrong. Will correct. I tried to speak with DEMCCO to confirm who this lady was but no one called me back.

Shirley, as you can see above, I stand corrected. And yes, after you refunded the dues you will recall I had a conversation with you about covering a project you were interested in. As I recall you seemed surprised that I, as a member, was asked to leave because I was a member of the media. As you stated above, I am not a member of DEMCOO now. It was my impression that you understood my position that I should get the dues back if I could not participate as any other member did.