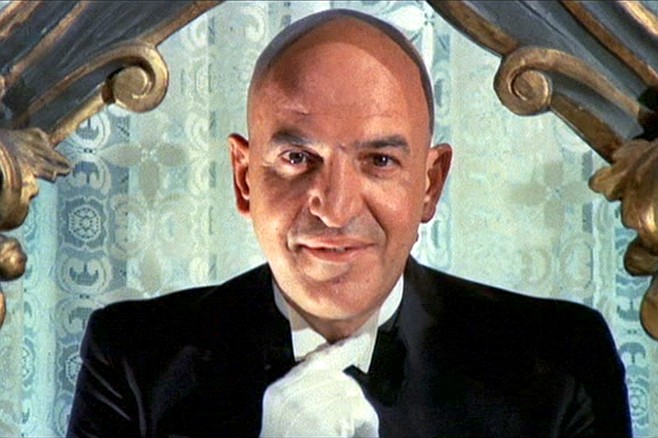 Who scares you, baby? Give a lick about this Telly Savalas trio of terror.

Lisa and the Devil trailer 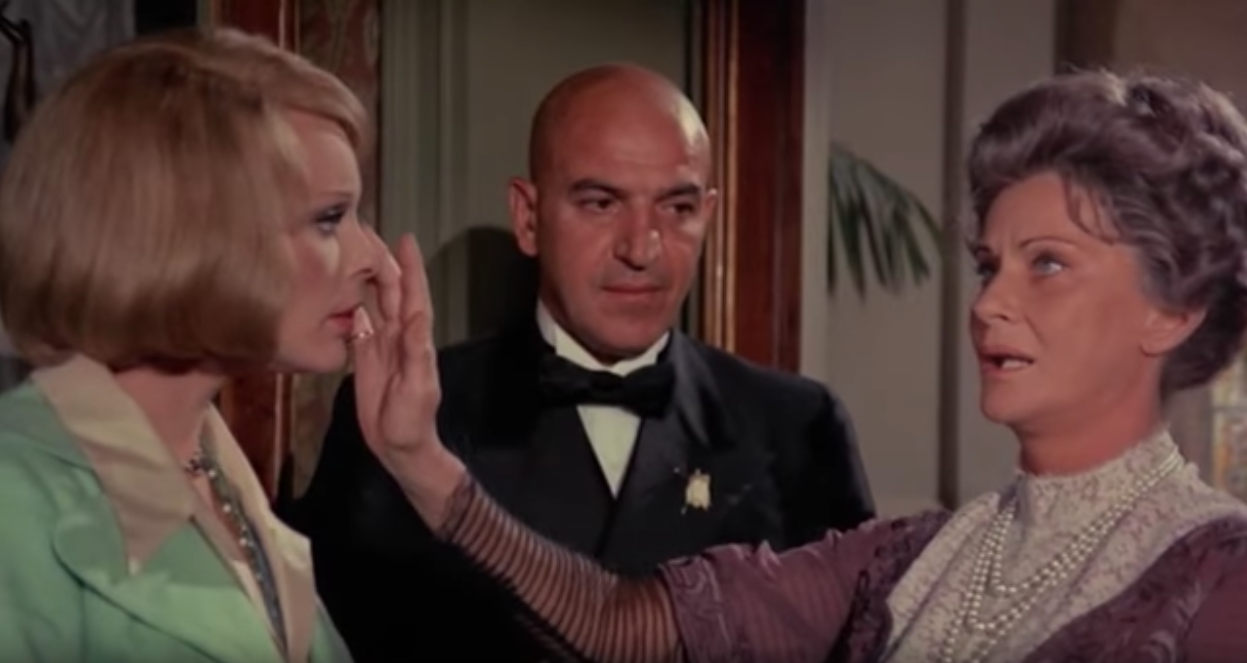 Giallo: a splashy ‘70s subgenre of Italian horror with soft, overlit nightscapes filmed in garish Eastman color and stars whose hairlines didn’t recede, they advanced. Except for the lollipop-sucking (this was released during the rise of Kojak) incubus on the fresco, the one with the career-defining baldness to which Lisa’s (Elke Sommer) tour guide draws her attention. One look and she breaks from the pack to embark on a more private vacation, this one through the looking glass and into the stylistic excess of Mario Bava’s enamel-colored surreality. Our sightseer in the popsicle green rain slick (with matching shoes) makes her way to a curio shoppe where she finds Savalas — the campy, over-enunciating other half of the titular pairing. The chauffeur-driven foreign car that stops to give her a lift also carries a grey-templed husband draped in an Inverness outer-coat and a wife who, apart from carrying on with the driver, manages to smoke without her veil catching on fire. They arrive at their destination to find Savalas playing white-gloved manservant opposite Countess Alida Valli, handsomely bedecked in a Ma Kettle bouffant. Madness and decadence mix with incest and necrophilia. Blood-curdling reverberation-enhanced screams ice the spine. Don’t be surprised it if takes a day or two to shake it off.

The House of Exorcism trailer 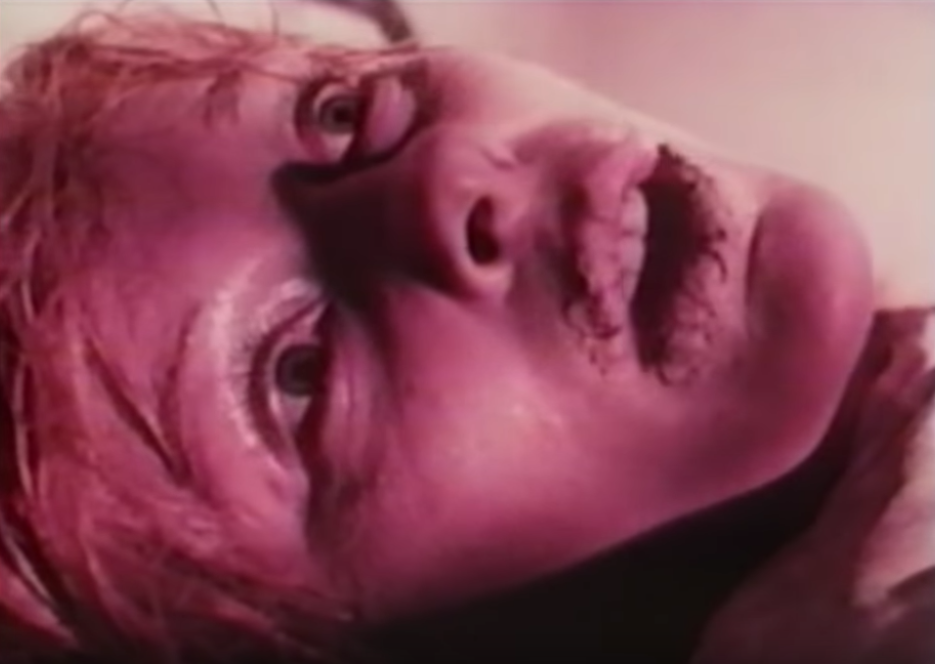 Dissatisfied over Lisa and the Devil’s lackluster box office, producer Alfred Leone rolled the dice by hopping a ride in the demonic possession derby that was sweeping the nation. With Mario Bava’s uncredited assistance, Leone hired a blow-dried and over-starched Robert Alda to act as Max Von Sydow’s priestly (and pea soup-splattered) substitute and set about filming some new sequences. We open on the same tour bus and gift store, but instead of going down a demonic rabbit hole, Lisa hits the ground convulsing in full Linda Blair mode, right down to the whites of her rolled-back eyes. Much of the recycled footage is integrated in dream form, with Lisa’s nuthouse imaginings meant to bridge the old and the new. Fascinating to watch, if for not other reason than to see how much a film can change with a few minor modifications. No new Telly, though. By the time of its release, Mr. Savalas had become too big a star to waste his days on a retread, baby. 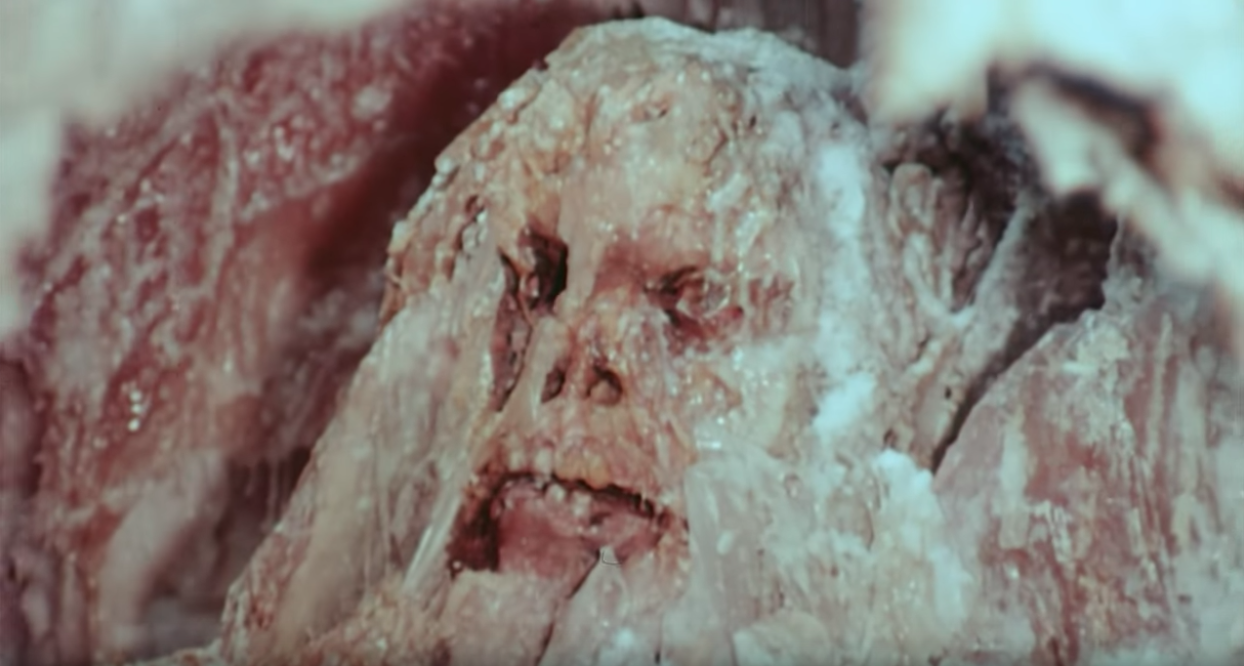 Frozen for over 2 million years, a muculent, stalactic monster books passage on the titular choo-choo, where it inhabits the bodies of various passengers, one at a time. How’s this for a hybrid: The Thing from Another World on the Orient Express! Telly (post-Maggott, pre-Kojak) must wait until the opening of Act 3 to bust in, his snarling cossack Captain Kazan taking a back seat to a pair of thinning Brits, Christopher Lee and Peter Cushing, who wig out in a battle of the bangs. (Lee’s broadloom upholstery is no match for Cushing’s tuck-and-roll pompadour.) Telly provides the much-needed kick in the ass. When a well-off matron dangles the threat of Siberia over Kazan’s head, he spits back, “I am Siberia!” Unnerving though the Agatha Christie give-and-take between passengers may be, the film tackles the horrors of death-by-blindness with a cringe-worthy ocular jocularity that’s to be admired.

This video from 1976 is more chilling than the three movies you choose put together. Watch if you dare...