A Milton Friedman idea from 1955 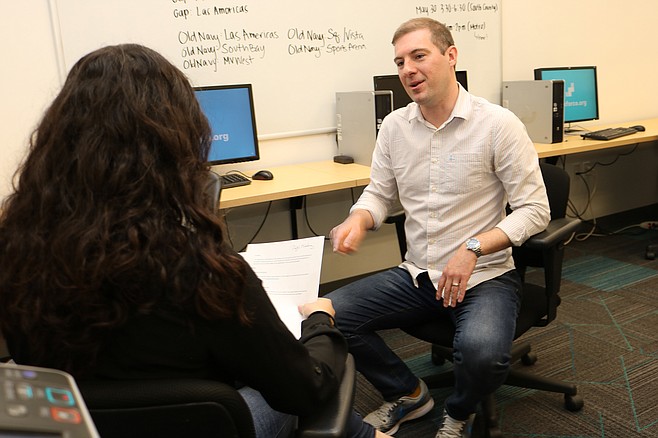 Aside from home mortgages, student loans are the most pervasive form of debt in the United States today, surpassing even credit card and auto loan borrowing. In 2018, roughly 44 million borrowers collectively owed more than $1.5 trillion for deferred education costs, a balance that’s rising by nearly $10 billion per month. Nearly 11 percent of those indebted, more than five million, were 90 days or more behind on payments. 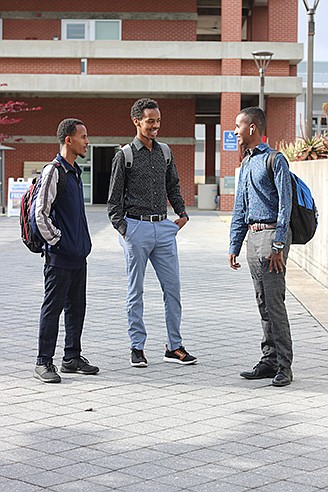 California college students, such as these at San Diego City College, have racked up $120 billion in student loan debt.

California is the highest-debt state, with 3.7 million borrowers owing $120 billion. That works out to more than $4100 for every man, woman and child in the state.

“Through the existing federal student loan program, the share of high school graduates attending college has risen from 45 percent in 1960 to 70 percent today,” says Chris Guidry of Strada Education Network, a nonprofit that seeks to create more direct pathways from education to employment. “That’s great, however estimates are that 26 percent of federal undergraduate loans made in 2018 will enter default at some point. Many of these borrowers will never fully repay their loans, resulting in personal stress and bad credit along with losses to taxpayers.” 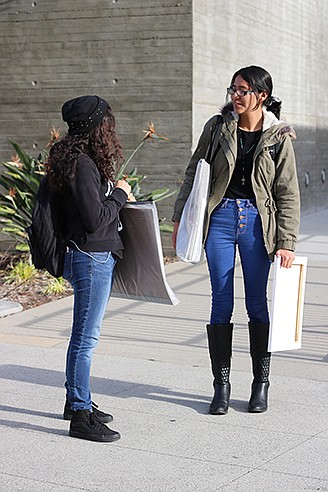 “We know that a rapidly changing labor market, the growing cost of education, and student debt make it clear that financial reform is needed in higher education,” says Josh Shapiro, a research director at UC San Diego Extension, which will be administering a handful of new programs funded by these agreements. “We believe our progressive ISA is part of the solution.”

“Income share agreements actually originated in the 1950s,” explains Partnership career consultant Alistair Penny, who takes time away from counseling prospective students at an open house in early May to explain the scheme to me. “It was an idea that Milton Friedman had, and somehow everyone seems to have just forgotten about it until 2012, when Purdue decided to create one for students who had gotten to the point they weren’t able to access student loans any longer.”

Income share agreements work like this: a benefactor (in this case, a philanthropic fund assembled by the Partnership) fronts the cost of a student’s education. After graduating and getting a job, the student agrees to pay back a fixed percentage of their total income for a predetermined period of time. If the degree or certificate obtained results in a high-paying job for the graduate, the fund benefits. But should the training not yield a positive outcome in the form of gainful employment, the student isn’t obligated to pay for it.

“These mechanisms allow more protection to the student than a traditional student loan, as we’re taking on some of the risk, rather than the students themselves,” Penny continues. “It’s outcome-based.”

“In a traditional structure, the people who make the most, who come out of school earning six figures, they pay the least. They’re able to make additional payments quicker, paying less interest. The people who come out and can’t land a job, they pay between three and four times more due to additional deferment payments, penalties, more interest, they end up getting hammered.

“We want to flip that — the people at the top get the best outcomes, they should pay more. The people at the bottom shouldn’t have to pay anything if they didn’t get any benefit out of the course.”

The first four certificate programs, offered through UCSD Extension, are 9- to 12-month tech-focused classes in digital marketing, business intelligence, front-end web design, and Java programming. While typical training through UCSD costs about $5000 and takes up to two years to complete, the Partnership offerings are fast-tracked for early graduation, upping the total cost to about $6500.

“Local businesses really asked us to focus on these four areas, because they’ve expressed that there isn’t enough local talent available in these fields,” Penny offers as reasoning behind the early course selection. The university says that graduates entering these professions can expect to start off making between five and ten dollars per hour more than graduates of other community college or vocational school certificate programs. Penny adds that the range of courses offered by the program, however, could expand in the future.

“Absolutely, one hundred percent. We love the idea of doing additional certificates in different areas. There are different areas in the tech field we could look at, but let’s think about leaving tech as well. I think this is a fantastic potential opportunity for trade schools. For some reason that no one can explain to me we’ve devalued trade schools. We’ve made people feel bad about being a tradesman like a plumber or HVAC technician. Yet those are the sorts of things that you can learn at a school and get a good job. The question is just whether you have money to pay for the training up front.”

Under the arrangement on offer, students complete the coursework and receive job placement assistance during the final quarter of classes and, as necessary, for three additional months.

“The last semester is designed to be less intensive, so during that time we’ll be actively working to find them jobs while they’re still completing the coursework,” Penny continues. “We’re trying to be very understanding as to individual needs, so rather than having a concrete path that starts with a fixed internship or something, the goal is to meet the needs of each person. Many of them will get jobs straight out of the program.”

“There are a staggering number of people who’ve got ‘some college’ on their resumes. Those people are underemployed, and for them this is a fantastic opportunity to get the education they need to move from something that’s just a job to a career.”

Upon landing a job with an annual salary of $40,000 or more, graduates begin making 36-60 monthly installment payments totaling between six and eight percent of their salary. From there, the agreement can end in one of three ways.

“The first is to hit the cap, if you’re wildly successful in your new career you might reach that in less than two years,” explains Penny. At a maximum, students will repay 1.8 times the initial cost of their education, an amount he says is roughly the equivalent of carrying a student loan to maturity.

“The second is to make the required number of payments, between 36 and 60. There’s also a ‘payment window’ that runs two years longer than the payment schedule. Even if you haven’t made the required number of payments, once you hit that window you’re done.” In the last case, if it were to take a student longer than two years to find work meeting the minimum salary threshold, all debts are automatically forgiven after five to seven years.

“No participant has to make any payments unless they’re making at least $40,000 a year. If someone has to take a lower-paying position or internship as a sort of stepping stone to the high-paying job we feel it’s unfair to demand payment from them during that time period because we weren’t able to get them to that higher level straight out of the program.”

The payments, however, still apply to students who don’t end up working in their field of study, so long as they meet the income requirements.

“It’s important for people to really think about whether they want these careers,” Penny cautions. “If someone, after taking the course, were to decide they wanted to become a teacher instead of a web developer, they’re still going to have to pay us later.”

The application process is designed to identify candidates with a strong likelihood of success in their studies. After requesting tuition assistance under the income share agreement, applicants are invited to complete an introductory course online followed by an aptitude test.

“Business intelligence is a little less intensive as well. There’s an interest element: are you really interested in data, are you interested in mining and analyzing it? We’ve seen people who don’t necessarily have a tremendous amount of experience but have a strong interest in data are passing that assessment.”

In the program’s first year, the Partnership will accept 100 students, 25 in each line of study. That number is expected to double next year, and the fund anticipates accepting 500 applicants in 2021. By 2025, the program is expected to be fully self-sufficient, using monies incoming from former students to fund the education of new participants

Registration for digital marketing and business intelligence courses runs through May 27 with classes beginning in July, front-end development and Java registration closes in late July with a September start date.

Competition for the open slots, however, is fierce. During an interview in early May, just a few days after registration opened, Penny said he’d already received more than 200 applications for the first 50 open slots.