Haunting realism makes it tough to eat this chocolate mousse 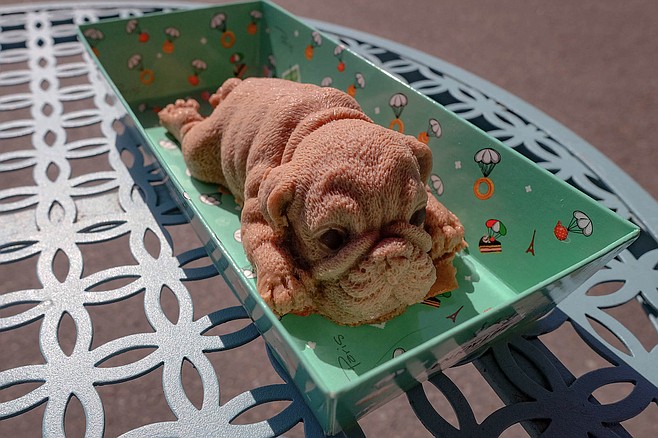 “That puppy is too cute, I just want to eat it up!”

We’ve all heard someone say this and never taken them seriously. And then somebody went and made puppy-shaped mousse a thing. I found the disconcerting dessert at a food stand called Q Cute Buns, at the Thursday farmers market in North Park. Most of the treats sold by the booth fit pretty well with its name: little steamed buns with cute piggy faces on them. They’re filled with red bean paste or custard, and when you get two for five bucks, the little faces looking up at you are too cartoonish to inspire guilt. 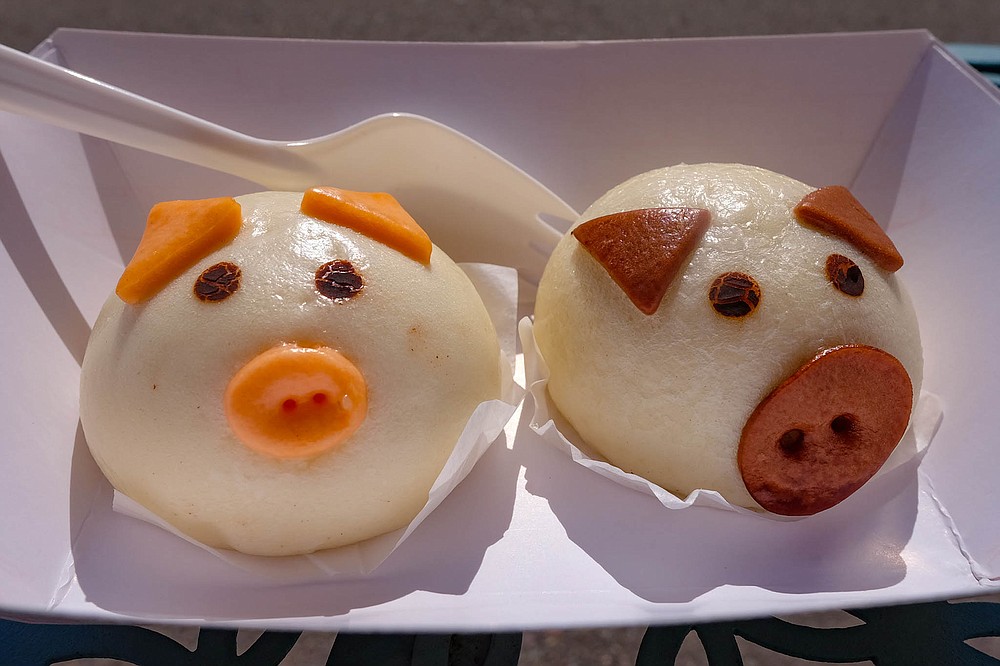 These cute steamed buns are too cartoonish to inspire guilt.

However, for 10 bucks you get a chocolate mousse in the shape of a baby shar pei, and I tell you, you’re more likely to mistake it for a dog than you are for an edible dessert. Shar peis are a notoriously wrinkly breed, and the mold at work here offers detailed rolls of skin to go with sweet little oversized paws, and, and an adorably stubby tail. Most of the mousse surface is monotone, textured to resemble milky brown matted puppy fur. But the eyes are dark chocolate, set in a precious face looking up at you with a crease of concern on its forehead.

Anyone who has ever been on the receiving end of a puppy’s gaze when it realizes you’re about to leave home without them will know the look I mean. How it stings the heart with its implied accusation of abandonment, though you know the dog will sleep most of the time you’re gone. It tugs your heart strings enough you promise to make it up to the pup later with a clumsy, bounding game of fetch. But what do you tell yourself to feel better about scooping out and eating part of a puppy’s face? 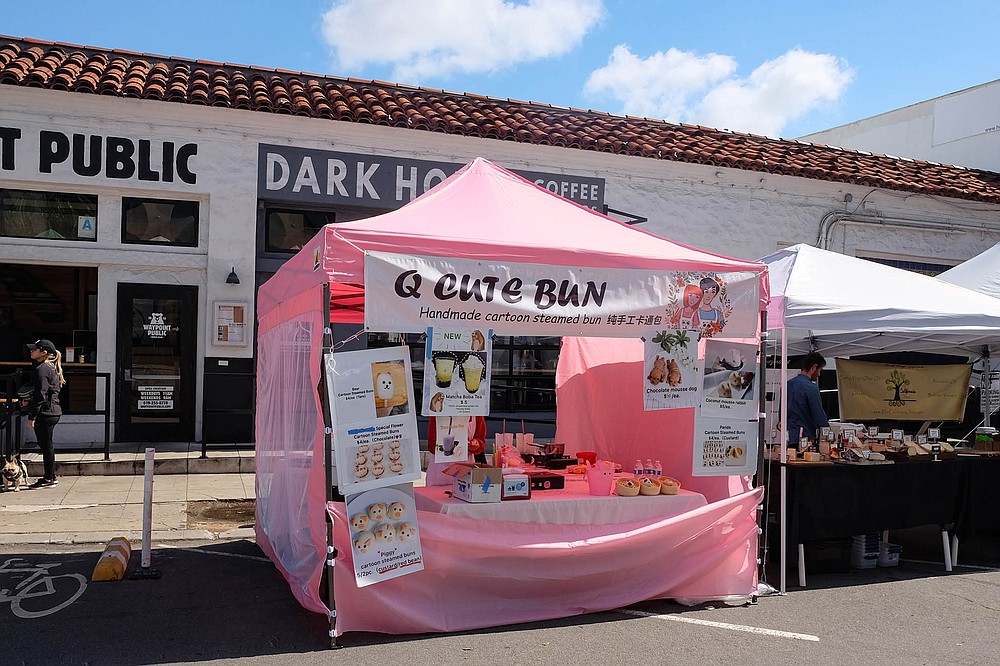 This intrepid Feaster aimed to find out. Fellow market goers watched the descent of my plastic spork with dismay. They’d seen me take photos of the puppy mousse and gathered to see if I had the nerve to follow through, only to realize they didn’t have the nerve to stick around and find out. I started with the rear paws, which stuck straight backwards due to the way puppies sometimes flop down flat on their pudgy bellies. The chocolate mousse was delicious, of course, light and silky like an elegant pudding.

I resisted the urge to apologize to my dessert, and mercifully took a bite out of its head. There wasn’t much to those dark chocolate eyes, just a thin veneer, not a quarter of the width of a chocolate chip. The scooped out portion was impressively smooth, and not a little bit terrifying. I didn’t bother to photograph it, because the tricky part will be keeping it out of my nightmares.

Three out of five stars.