“It was a possum who became the first drunk.” 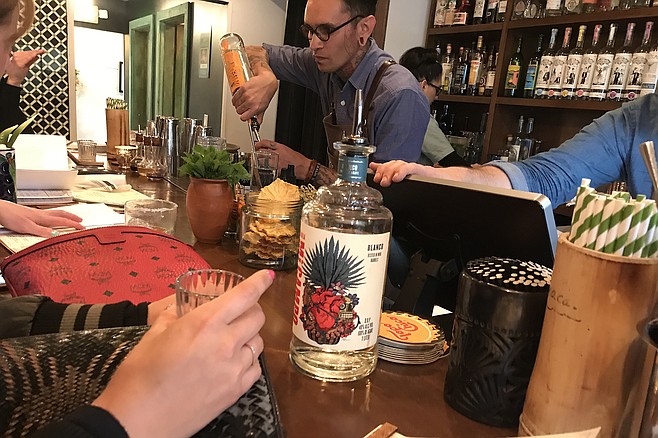 ‘How far?” says my friend Annie. “I’m so sick of these crowds I could croak.”

We’re in Old Town, Friday night. We’re at the last gasp of Old Town’s Mile of Bars on San Diego Avenue. I want to show her El Campo Santo, Old Town’s cemetery. But Annie’s looking at the white house beside it. People crowd around the entrance. “Hey. Let’s check that place out!” she says. “At least they’re not dead people.” 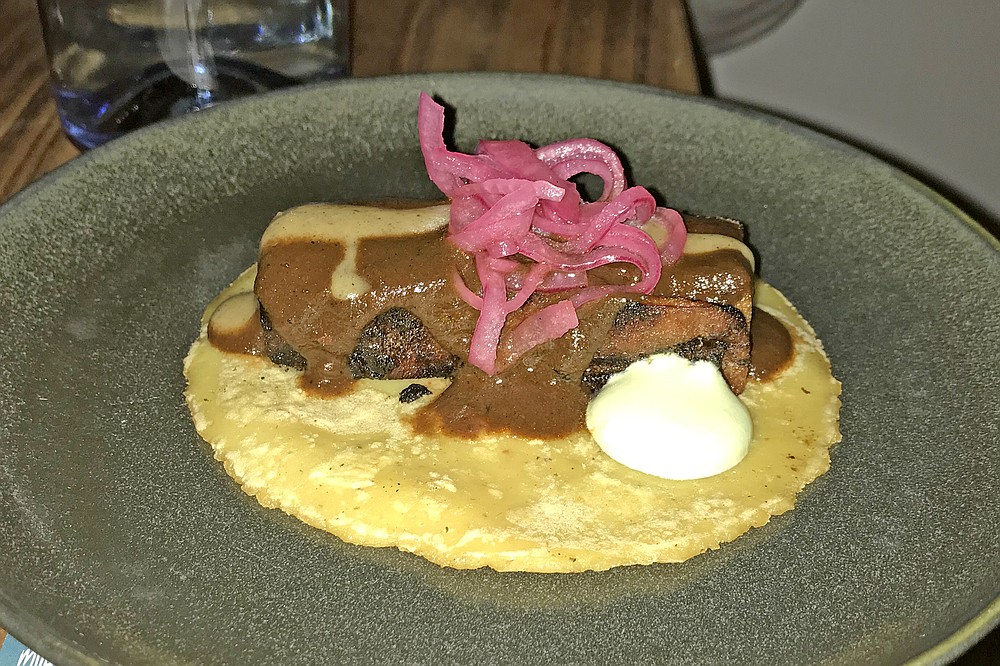 Sigh. So a minute later — and this is Friday, around dusk — we’re climbing the steps into that li’l ol’ place with a rusty, life-size mule guarding the entrance.

But, man, inside! Two levels are hopping. We go up a couple of steps and under arches to the back room where the bar is. One whole sky-blue wall has candles hanging from it. This is definitely a cool crowd. Lot of guys and gals who look fresh from, say, poetry slams. Francesco welcomes us. He even offers us little saucers of mezcal. Cool. Glug. Hey hey: Strong, smokey! Rough. But makes you want to come back for more. (Difference between mezcal and tequila? Seems with mezcal, the agaves’ piñas bulbs are cooked in wood-fired pits in the ground. Tequila agave is not cooked. 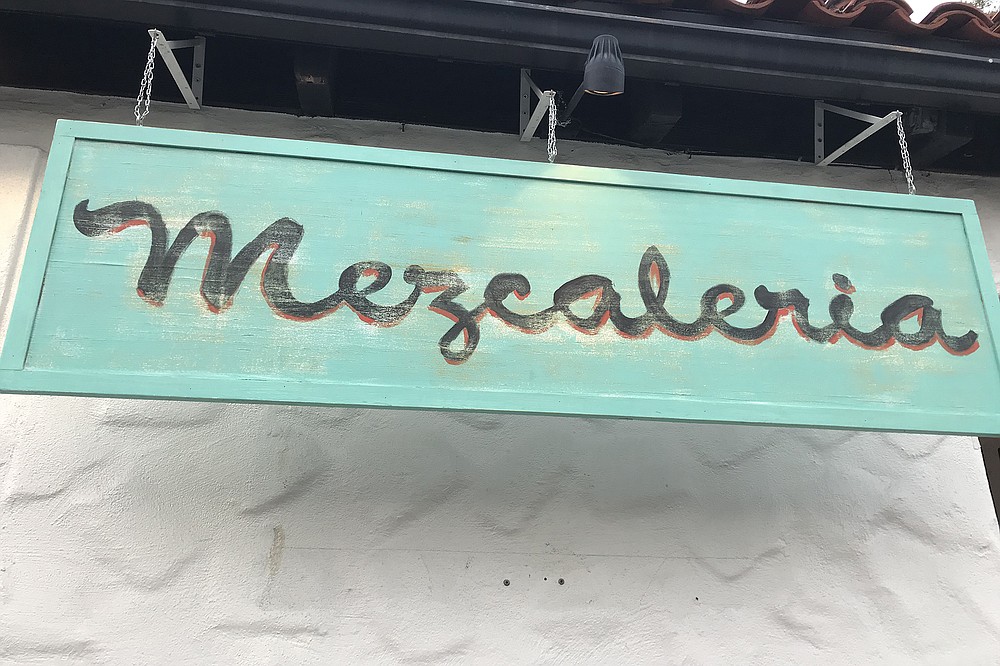 It’s a whole different culture inside

Actually, I’m more in need of cerveza. And Annie wants wine. Asks for Poema Cava (Spanish, $9). I get a brewski from Insurgente, the Tijuana brewers, their Lupolusa IPA. Costs $8. Would have been $2 off if we’d made it before 7 o’clock. Heck, that’s only ten minutes ago. Coulda had $6 Happy Hour food specials like tamarind and pineapple chicken wings; corn and chili poblano; croquetas, ahi tuna tostada, torta ahogada; shishito peppers.

Tahona means bakery, or flour mill. “Our mission,” says their blurb, “is to educate and give reverence to the complexity and beauty of […] amazing contemporary Mexican cuisine with Oaxacan bites.” 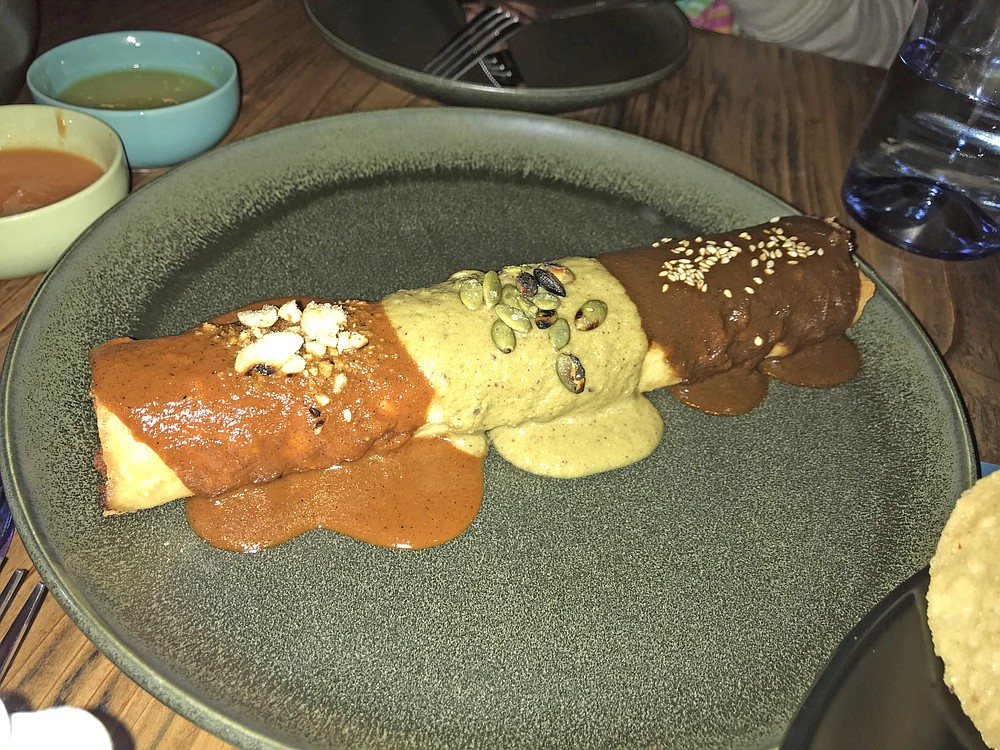 What’s the big deal about Oaxaca? Some call it the gastronomic heart of Mexico. They say it’s where corn was first cultivated. A lot of beans come from there, too. And chocolate’s an important part of cooking.

’Course gotta have mole. I see for ten bucks they have a “mole flight.” Promises “mole coloradito, mole verde, and mole negro, with a long flauta de papa.”

That sounds intriguing. I end up ordering it. Plus, can’t resist that $6 pork belly negro taco. Annie goes and orders the scallop aguachile (ulp, $14), and the “market fish taco ($6).”

And wow. Presentation of everything is so artistic you don’t want to wreck any of them. The mole flight is this long wrap-around spiced mashed potato, and an orange mole (mainly tomato, but no way ketchup). In the middle is a green tomatillo mole with green pepitas on top, and next to that, the brown, chocolate, mole negro with sesame seeds. 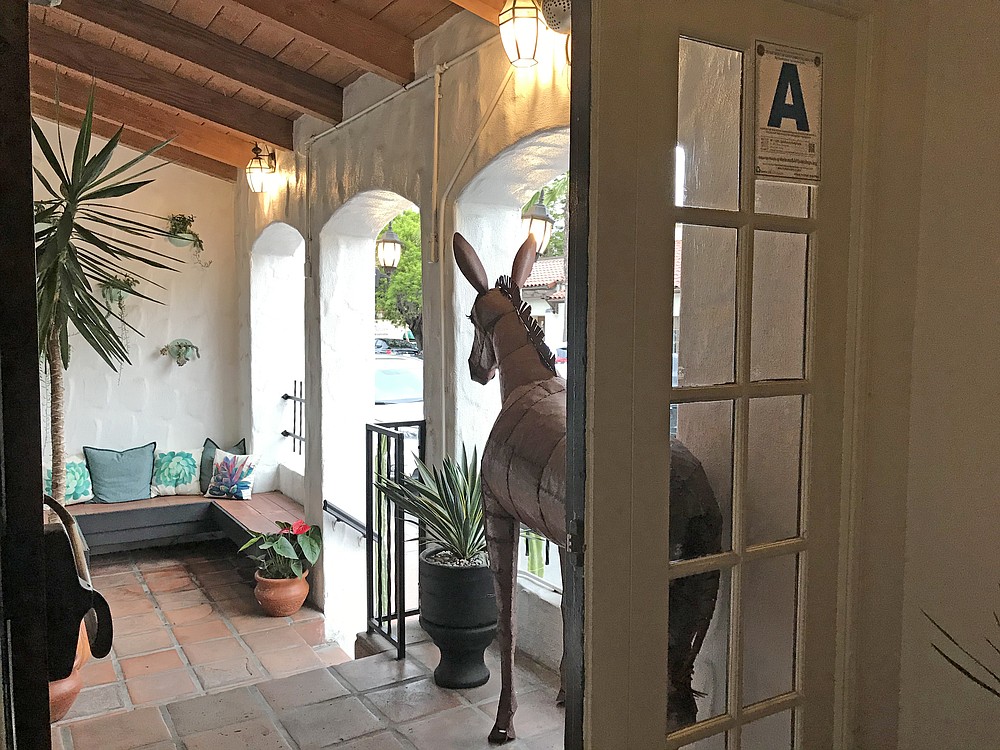 The overall tastes are nice and picante, although the potato mash inside is a bit too salty for my taste. But the mole comes into its own with my pork belly negro taco. The smoked apple purée and cilantro crema are nice, and the warm sweetness of the chocolate mole lights this thing up. It looks like a dessert. It almost tastes like a dessert, except inside, it’s pork, and it has the tang of pickled red onions.

“Ew. These scallops are raw,” says Annie. “Just think oysters,” I say. Guess I’ll have to help her out. They’ll never fill you up, but they’re nice and lemony.

Regrets? Wish I’d had the shishito peppers. I see one go past. Long strips of peppers, sautéed, with chile morita, corn nuts, and a blizzard of queso fresco. Big plate! Six bucks! 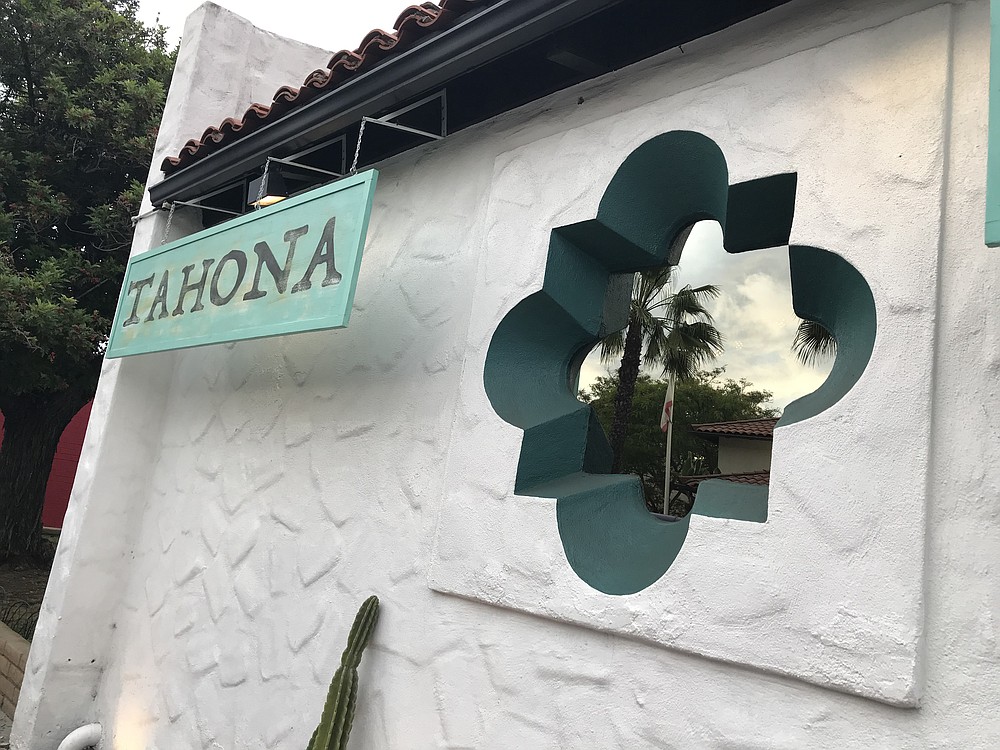 Actually our main regret is not getting into the mezcal properly. And yet, this guy Gary is saying we should think pulque. “Mezcal is old, but it isn’t ancient,” he says. He’s drinking some tequila called “Mi Campo.” “Mezcal’s maybe 400 years old. Not more, because local people needed the Spanish distillation techniques. But pulque, now that’s ancient.”

Gary says pulque only came to man thanks to… a possum? “They have human-like hands. Tlacuache the possum used his to dig into the maguey - agave - and get to its aguamiel — honey-water — juices. They ferment naturally. That’s why they say it was a possum who became the first drunk.”

But not the last. Around us people are raising their mezcals and going “Cruzado!”

“We’ve got to come back,” says Annie as we head out into the dark, “just so we can yell that.”

Tacos is a traditional cake in Mexican cuisine, which has a shell made from corn flour, the inside is usually pork, chicken, beef or fish. Tacos are usually served with onions, coriander, and the highlight is salsa sauce which makes the cake become more delicious and delicious.

There are 2 types for guests to choose from are soft shell tacos and hard shell tacos.