Choose Your Own Adventure with her new book Therapy Quest 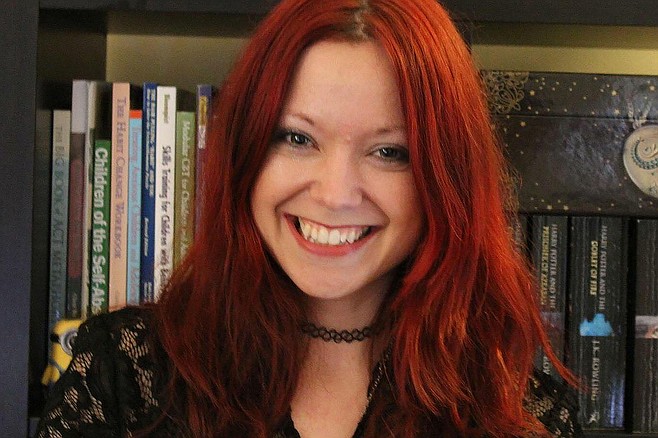 As I write this, Avengers: Endgame has passed $2 billion at the global box office. People do like superheroes. San Diego-based clinical psychologist Janina Scarlet is no exception. Radiation exposure at the Chernobyl disaster left her at the mercy of the weather: “When it would rain, I would get severe nosebleeds, as well as overwhelming migraines and seizures.” So she was understandably fascinated when she saw the first X-Men movie and discovered in the mutant Storm a woman who could control the weather instead of being controlled by it. Later, “in reading her backstory, I realized that she was also a trauma survivor. After the accident that killed her parents and trapped her in the rubble, she developed severe claustrophobia. But when her friends are in danger, she finds a way to manage her anxiety and help others.” After making that discovery, Scarlet “felt a little more connected to her,” to the point where “she’s my role model.”

Emulating Storm led Scarlet to develop Superhero Therapy, an effort to “make the topic of mental health engaging” by using a pop-cultural template as a means of exploration. “I specialize in trauma, and most stories, whether it’s TV or books or movies, have an element of trauma in them. If a client has a particular interest” — superheroes, Harry Potter, etc. — “we look for parallels to their experience within that particular fandom.” 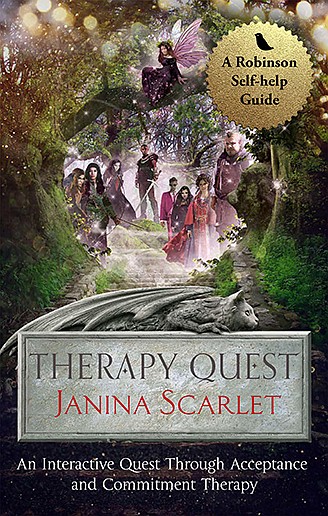 Save the world! And maybe do some personal growing while you’re at it!

Scarlet’s latest effort is the book Therapy Quest. There, the Choose Your Own Adventure format recently repopularized by Netflix’s Black Mirror: Bandersnatch is used to “create a quest in which the reader can become the main hero of their own journey, and engaged in their own therapy. They are the Chosen One, meant to stop an evil sorceress from destroying the world. Every choice they make will change their journey and will also teach them a mental health skill.” Along the way, “they meet other characters who are also struggling with mental health difficulties, and will be encouraged to try to help them.”

Some of those skills are presented in straightforward fashion: “Acceptance Spell,” “Compassion Potion,” etc. Others have a more mystical cast to them, things like the Moon Tradition, identified in the book as “the practice of sending love from your heart to the hearts of other human beings.” “That’s based on lovingkindness,” says Scarlet. “It’s a meditation practice that originated in the eastern traditions but has been adapted into a lot of mindfulness and therapy practices. Science actually shows that practicing compassion toward ourselves and others like this can psychologically and physiologically affect us in a positive way. In the book, it’s a magical practice that allows the characters to heal before they proceed on their journey.”

But again, “magical” does not here mean “fantastical.” “I’m involved in the Pop Culture Hero Coalition,” says Scarlet, “and I’ve visited a number of schools, including in San Bernardino after the neighborhood had experienced a tragic shooting. I provided training for providers there to use superheroes to help kids reduce their distress after exposure to trauma. And response from the mental health community has been overwhelmingly positive.”