The White Crow: Art is a wart 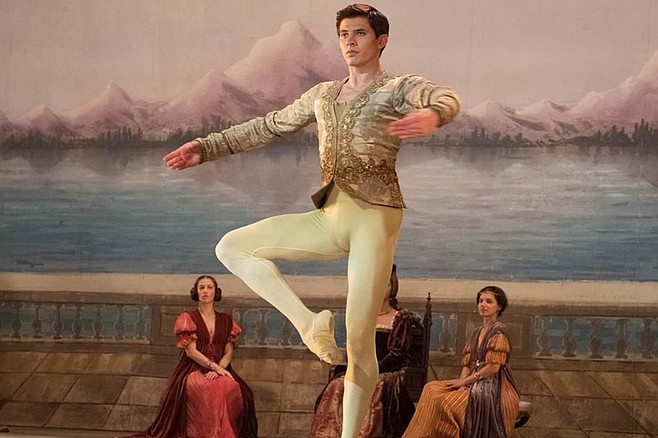 For his third outing as a director, Ralph Fiennes gives the title, star billing, and great majority of screen time to Oleg Ivenko in his turn as famed Russian ballet dancer Rudolf Nureyev, who also famously defected from the Soviet Union in 1963. But he keeps the keys to the film and its meaning for himself, and turns them, quietly but deliberately, in his role as Pushkin, Nureyev’s teacher. The aforementioned defection provides the film with what should be its dramatic climax, except it can’t be, because we already know it’s happened from the very first scene: an interview between an abashed Pushkin and a Party agent in which Fiennes’ Pushkin attributes the dancer’s apolitical pursuit of political asylum to “an explosion of character.”

So we know what happens. What remains is to assess the why, to determine the accuracy of Pushkin’s account. Or rather, its precise meaning. It’s a funny word, “explosion,” not the sort of thing you expect to hear from a paunchy, balding, exceedingly mild-mannered Russian ballet instructor. But it’s carefully chosen, if only for its ambiguity — surely an advantage when you’re rendering an account to your authoritarian superior. Does “explosion” mean a rupture, a violent break with what’s come before? Or is it closer to an eruption, the sudden manifestation of what’s been building under the surface all along? And if it wasn’t political conviction that was building, what was it?

Fiennes’ answer, or part of it, is contained in the film’s title, which is explained at the outset as referring to someone unlike those around him, an outsider. This is Nureyev from the first: a series of flashbacks to childhood — indicated by a surprisingly conventional draining of color from the proceedings — show us a boy born on a train, and therefore, from no particular place. The isolation continues: he’s the only boy in a houseful of women while his father is off at war. He finds himself uninclined to join in the rough-and-tumble games of his fellows. But he shows a talent for dance.

What follows is not exactly a warts-and-all artist biopic. It’s more an account of the way that the artistic spirit is a wart, a strange affliction that besets certain people even as it fascinates others. (The dancer’s careful study of painting and sculpture shows that he is no exception: he’s fascinated even as he is fascinating.) It’s hard to say if it’s what sets them apart or if being set apart makes them susceptible to it — or rather, teasing out the degrees to which each is true is part of the film’s complicated work. But what isn’t complicated here is this: what we love about talented people is not the person, but the talent. We make exceptions and forgive transgressions for the talent. We make unacknowledged, unappreciated sacrifices for the talent. We do desperate, even dangerous things — for the talent. Nureyev is not a pleasant person here. He is selfish and grasping. Because even he is in thrall to his gift. If he is willing to accept certain constraints, suffer certain conditions, and engage certain people, it is only because they are necessary to perfect and proclaim his ability to dance. 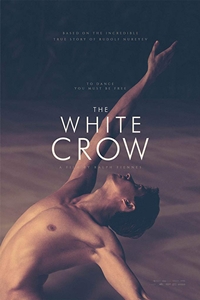 That second part —  the necessity of proclamation — also gets careful consideration. Why is the arrogant, disobedient Nureyev allowed to visit Paris in the first place? Because, as he says, the Russians “have to show they are best in world.” That’s not why he dances, of course. He dances because…well, why does he? Mentor Pushkin argues that “unless you have a story to tell, you have no reason to dance.” And with that, he turns the key on this intelligent (if not always pleasant) examination.