Instagram cat influencer or guest spot on Ellen as a parrot who can sing renditions of Beyoncé songs in Spanglish? 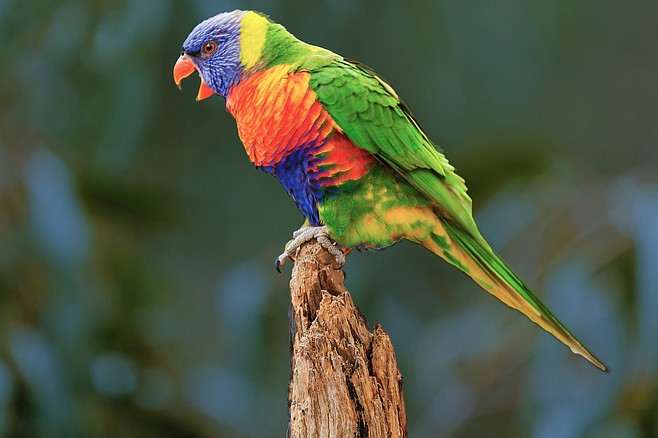 Would it be better to get reincarnated as a cat who’s famous on Instagram or a parrot who gets to be on Ellen (but only for one day) because it learns how to sing pitch-perfect renditions of Beyoncé songs in Spanglish?

I am actually not sure why there aren’t more hipster parrots out there. I can see some obvious downsides, not the least of which is having an animal poop routinely on your shoulder, but imagine the possibilities! If you had a sweet parrot, you could teach it to catcall attractive strangers, and then you could act super embarrassed, as if the bird were some kind of incorrigible creature that didn’t learn the trick from you.

Alternatively, you could teach it to say all kinds of stuff you secretly think, but wouldn’t say yourself, like, “You know, The Bachelor isn’t that bad,” or “7/11 has really good coffee,” or “I wish I could just wear sweatpants all the time.” Then, when the bird airs these verboten confessionals out in the world, you can scold the bird, like, “Damn it, bird, why you gotta be so basic all the time?” But you and the bird know better, and later on you give him some extra bird kibble, or whatever people feed birds, as a reward for his bird loyalty. Frankly, with a loyal bird sidekick, I would imagine there isn’t much you couldn’t accomplish.

Whenever my friends and I go out, we always spend at least some time debating what spot or spots we will hit up before the night is out. Broadly speaking, the potential options always seem to fall into one of two categories: the new hotness v. the classic dive. It’s always something like, Friend A wants to check out the newest craft cocktail bar with a cool gimmick, but Friend B wants to go drink High Life and play pool at some place where they haven’t changed the menu since gas was $1.50/gallon. I don’t think there is any particular preference for either of those categories over the other, but every option definitely fits into one of them. The weird thing is, one might describe, and people do in fact describe, either category as “hipster.” How can it be OK to call something a “classic hipster dive bar” on the one hand, and then call something else a “new hipster hotspot” on the other hand? Aren’t those total polar opposites, and only one thing can be the hipster thing?

Nothing’s more hipster than being into the coolest new thing around so, when lame, old people say stuff like, “I just don’t get it. What’s the big deal with secret bars that aren’t really secret because nobody knows about them?” you can just roll your eyes and be glad there’s gonna be one name fewer ahead of yours on the reservation list.

Nothing, that is, except showing off your deep commitment to kicking it at a good old-fashioned watering hole your dad would love, meanwhile the rest of the hipsters are still waiting in line to pay $17 for an Old Fashioned that’s anything but.

Either way, you’re deep in hipster territory, and, so long as you don’t accidentally wind up at the kind of place where ordering Grey Goose bottle service is the height of “upscale,” then you have my full endorsement to hipster on.