Dirt roads were used by the original ranch hands circa 1845. 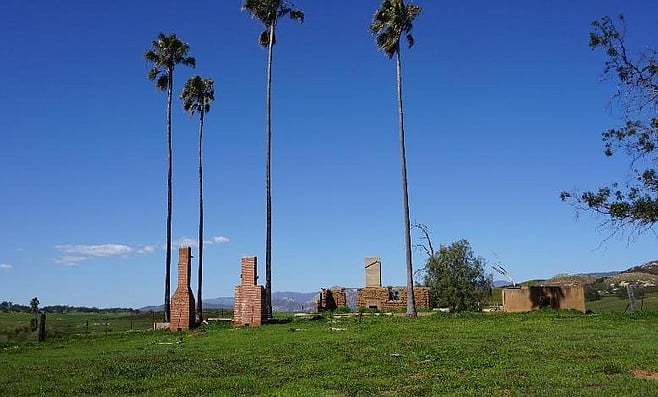 The ranch is an enormous expanse (36 square miles) of fenced, privately owned land that lies in Valley Center, northwest of Ramona and stretches up past state Route 76. On the southern end, the region sits in close proximity to the San Diego Zoo Safari Park (western border) and Cleveland National Forest (eastern border.) Even though the ranch’s vineyard tasting room can be reached via state Route 78, ticket holders for this event entered the ranch further north at a location closer to Lake Wohlford. 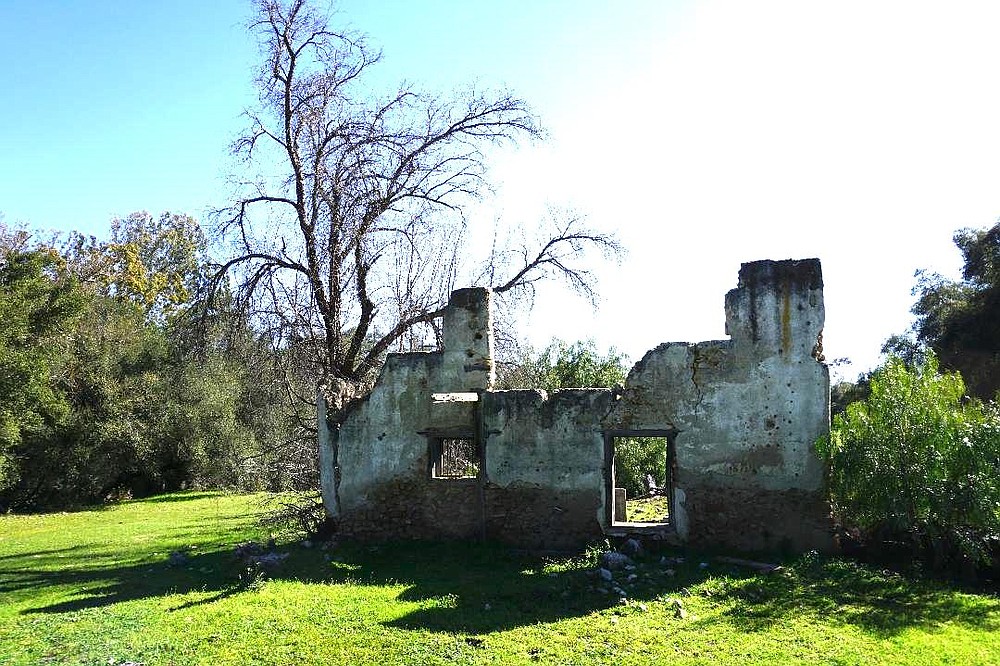 The entrance was unique in its own right. All visiting automobiles had to go through a tire wash (basically a two-part bath of sitting water) before entering the ranch. According to Cayley Rasmussen, who does marketing and media work for the ranch’s winery, this was primarily a safety precaution to keep foreign contaminants away from the ranch’s cattle. She added that they debated requiring the bike tires to go through the same procedure. They eventually decided against it because the copper-based solution that cleaned the tires could have been harmful to certain bicycle components.

The precautions at the gate weren’t surprising as the ranch is known for being untouched by time. Besides the vehicles (which on this day even included a helicopter giving random tours) the area seemed trapped in a past era. In 1845,the property was given to Jose Maria Orozco as a Mexican land grant. Since then, the land has stayed true to its original purpose— to be farmed and ranched. There have been a couple of nearby land acquisitions that have increased the amount of property, but, besides that, little has changed on the rancho. 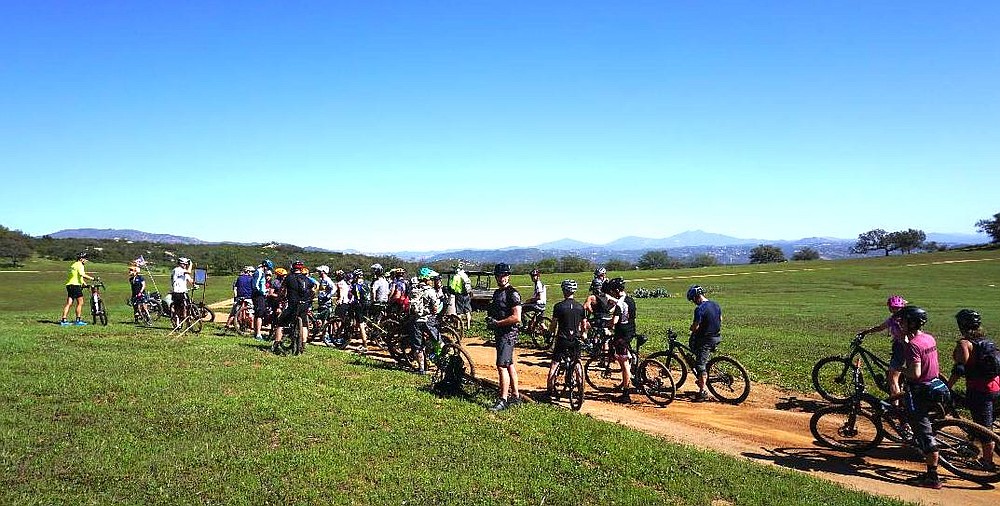 Cyclists did not have to use the tire wash.

According to Rasmussen, the dirt roads designated for the bike ride were the same ones that were used by the original ranch hands circa 1845. She added that they “pre-date California statehood.” The single-lane roads got crowded at points during the approximately two-hour long ride, as there were over 200 participants trying to keep pace through the ranch. The terrain was what you would expect near Ramona on a sunny, March day about a week removed from rain—packed dirt mixed with loose and sandy conditions complimented by the occasional creek crossing.

But the actual riding took a definitive backseat to the scenery on this occasion. Much of the ranch land that we rode through had a similar feel to the meadows on top of Mt. Laguna. There were plenty of rolling hills and picturesque landscapes. No random hikers or modern campsites out here though. There were only two structures that we ran across during the ride, and both of them were in severe disrepair. The first was the Anderson Homestead which was built in the 1870s. Fire damage has left it with only a few standing walls.

The second was the slightly less dilapidated Maxcy Winery. It’s a fascinating remnant that, similar to the Anderson Homestead, is a rare peek back into 1800s California. Two years after its construction in 1850, Asher Maxcy was yielding 8-10 tons of grapes per acre on his 1500 acres. Rasmussen explained that it was “at one time one of the largest commercial wine producers in southern California,” and added that it could be San Diego’s oldest winery.

“Basically, Maxcy had [the winery] until about 1902,” Hank Rupp, the ranch’s Chief Operations Officer explained to me. “He died then and he willed it to his daughter. His daughter was fine. She was married to a guy who was cool, but he died. So she married a guy who was a prohibitionist and he shut the whole thing down.”

The day ended on a very non-prohibitionist note with beer and house wine complimented by live music and a barbeque dinner. After eating, I asked Rupp if there had ever been a previous occasion in which visitors were able to hike or bike through the property.

“Nope. Never,” was his response. “Not without being arrested.”

He seemed pleased with how the event had turned out and hinted that it might lead to future occasions in which outsiders would be invited to explore the property. Rasmussen and winemaker Chris Broomell told me that they are always getting requests from tasting room visitors for access to the property.

“The big thing about it is we wanted to be a little bit less of an enigma and a little bit more open to the public,” Rupp said.

Having that ranch open up to a bunch of bicyclists is most unexpected. Who'd a thunk it? For the past many years the owners came across as hostile to the public, and had proposed developing part of the property. When that didn't go over well, the negative vibes increased. If you were part of that group, consider yourself lucky to see the terrain; very few folks have unless they have flown over it.

All the riders seemed to realize that the event might be a once in a lifetime occurrence. They were definitely appreciative to be given the opportunity to explore the ranch. It really was an amazing day. Abundant sunshine after weeks of clouds and rain as well. The prior bad weather was good luck for me. We were moving the weekend it was originally supposed to take place...the storms shifted it to a weekend that actually worked for me!