How will you order Furaido Premium Chicken?

Twice-fried Korean chicken is dusted, glazed, or ready to dip with over a dozen flavors 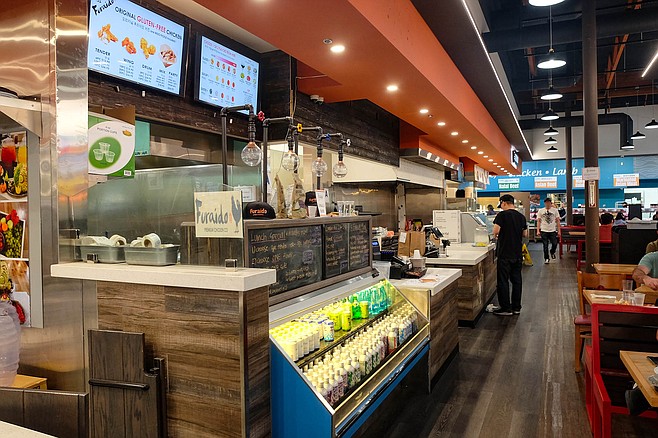 A sister grocery to Clairemont’s Balboa International Market, the Atlas Market in Poway likewise maintains a soft focus on Persian and Mediterranean foods. However, the supermarket’s food court skews a bit more international, including a couple of Korean options.

The latest is Furaido Premium Chicken Company, which specializes in the reliably crunchy, twice fried, Korean style of fried chicken.

There are a couple of points worth noting about Furaido’s particular fried chicken. For one, it’s gluten free, making it a definite boon to those who avoid glutenous fried chicken batter. The chicken is also halal, which carries with it the secular benefit of being raised without hormones, antibiotics, or feed composed of animal byproduct.

Served as a choice of chicken tenders (breast meat), wings, or drumsticks (legs), orders range from individual servings to party portions ($36.95), beginning at $12.95 for six tenders, ten wings, or five drumsticks. The cheapest combo allows you three, five, and two of each, respectively, for $18.95. 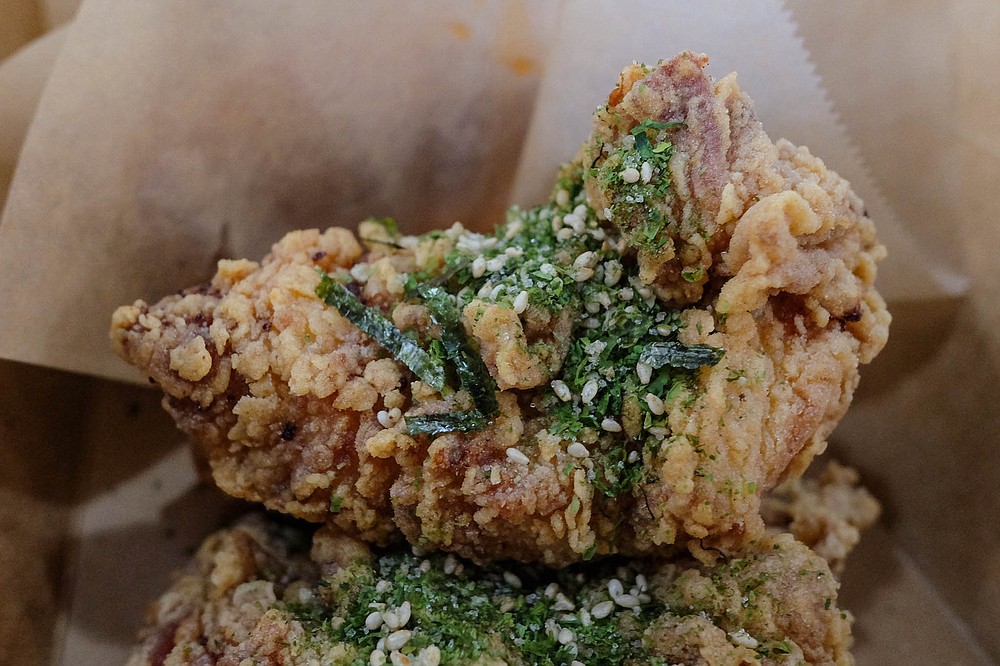 A green dusting of furikake seasoning on Furaido chicken

On their own, the pieces of exceptionally crunchy fried chicken use restrained seasoning. Relatively low on salt, they rely more on umami flavors, mainly allspice and maybe a little paprika. However, the method to this madness is that Furaido doesn’t appeal to a single fried chicken craving, but offers many different ways to flavor its fowl, after frying is complete.

Your choice of glazes for example, ranging from garlic soy to one spicy enough to earn the name Satan’s Kiss. Most popular is Furaido’s signature Savory Red, a glaze spiced with chili powder but balanced by sweetness, so it doesn’t come off as hot as it looks. Sprinkled with sesame seeds, the sticky glaze can be a mess to eat, but the taste grows on you with every bite. Remarkably, the fried batter stays pleasantly crispy despite the added moisture.

However, should you want that saucy mouthfeel without diminishing the crunch, there are five dipping sauces that also do the trick, starting with a mild tzatzkiki ranch, including honey butter, a spicy Thai sauce, and the more intimidating Death Lava. 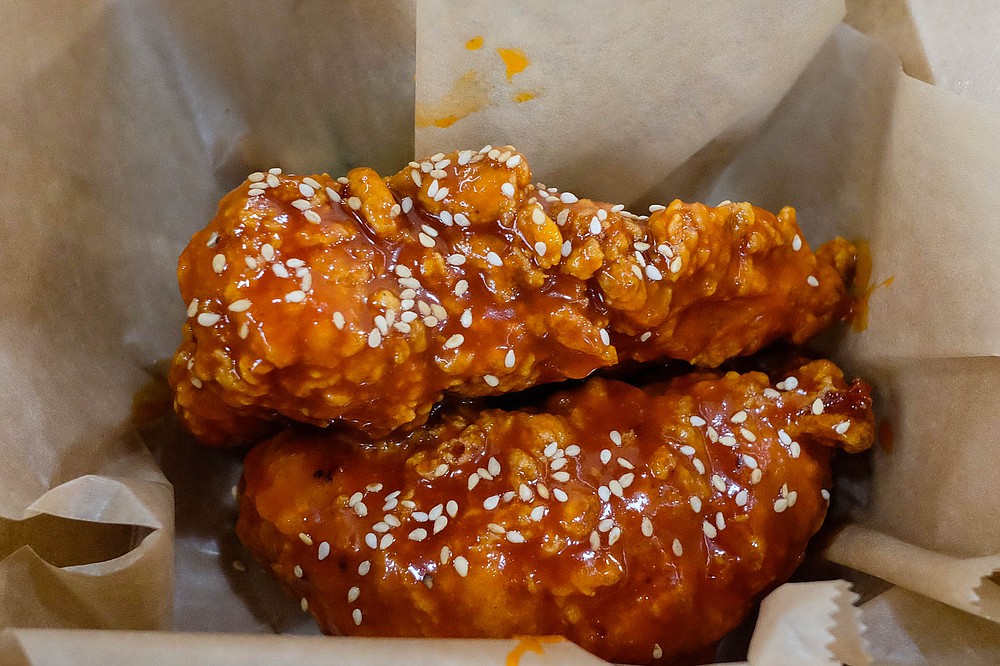 The red savory glaze on an order of chicken tenders

A third option is to order your fried chicken dusted, that is, seasoned with dry spice, whether it’s sour onion powder or the stuff behind flamin hot Cheetos. Flamin hot fried chicken did sound amazing, but Furaido limits you to one or two dressing options per order, and I was personally drawn to a dusting of furikake, the Japanese rice seasoning featuring the likes of nori (seaweed), bonito flakes, and sesame seeds.

That all adds up to a lot more umami, and as I crunched my way through dry-spiced furikake fried chicken, my mouth wanted me to keep going long after I ran out of bird. That’s a rare achievement for a food court meal.