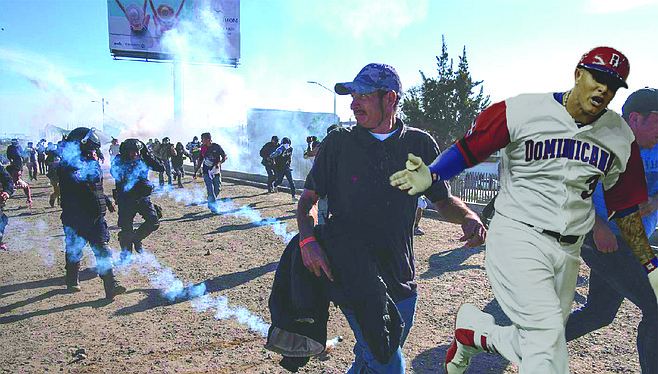 “Baseball is America’s pastime,” said President Donald Trump during an exclusive interview with SD on the QT on his flight home from North Korea last week. “But when I say ‘America,’ I don’t mean ‘Central America,’ or even ‘Canada.’ I mean these great United States — the same America I refer to when I say ‘Make America Great Again.’ But once again, we find our greatness threatened by our neighbors to the south. People will tell you that Manny Machado was born in the United States, and that he’s a real American. But if that’s the case, how do you explain his comments surrounding his decision to play for the Dominican Republic at the 2017 World Baseball Classic? He said, and I quote, ‘I’m excited to be here, be part of this journey and always represent the Dominican Republic in the right way. You see how much we care for wearing this jersey. This is not just going out there and playing baseball. It implicates a lot more. You’re playing for the Dominican Republic.’ Why isn’t he playing for the United States, the country that has given him the opportunity to become rich and famous playing his favorite game? SAD!”