Poetry on the menu at Medina 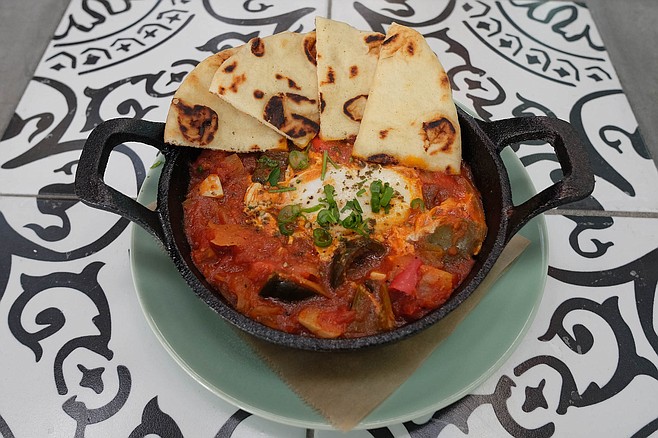 The poet Ezra Pound coined the word melopoiea as a way to describe how verses or even individual words may charged with musical properties, bringing their own sense of rhythm and melody to spoken language. The concept often occurs to me when I ask for an especially lyrical dish by name. I can’t help smile through the elocution of huevos rancheros, for example, or jambalaya, or ratatouille.

I found a new one to add to the list while trolling for lunch in North Park: shakshouka.

The North African dish is featured by new Boulevard restaurant and bar, Medina. The name shakshouka (pronounced like shock-shoo-kah) is said to be playful Tunisian slang meaning, “mixture.” It’s got something in common with each of the aforementioned dishes in the sense they all traditionally feature stewed tomatoes. In this case, it’s a warmly spiced mixture of tomatoes stewed with bell peppers, onions, and a poached egg. 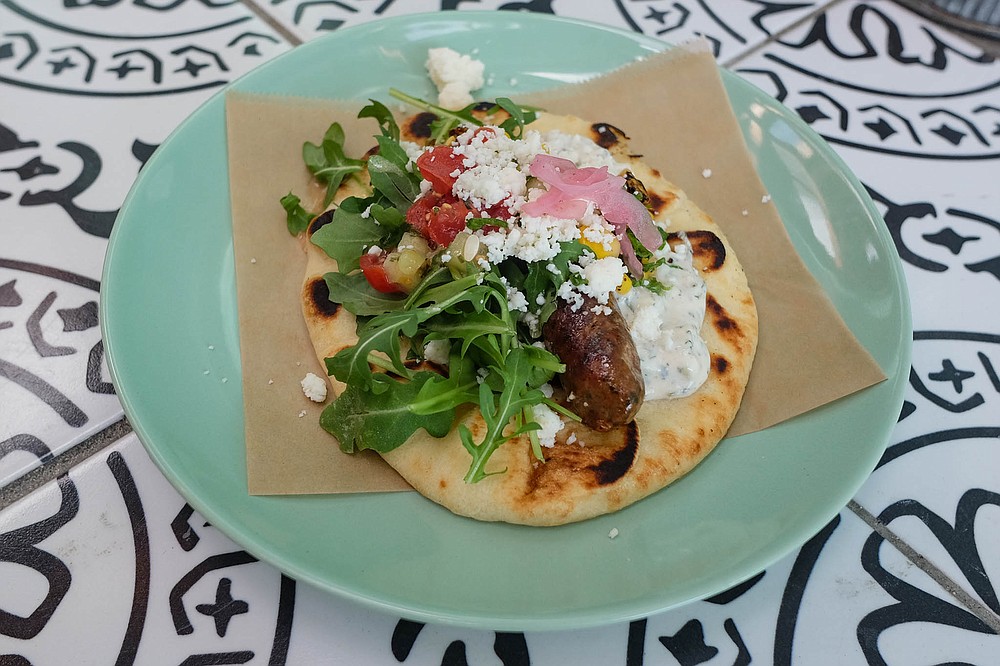 A merguez lamb sausage taco, served on a grilled pita

Medina serves it in a hot skillet, which American diners most commonly associate with breakfast dishes these days. However, the $7 shakshouka is considered an all-day dish, and treated that way here. Meaning you may eat it alongside a glass of wine or draft beer.

In that regard, I’d look for the sort of earthy, spicy red you’d typically enjoy with a marinara dish. Shakshouka’s got a marvelous tomato flavor, seasoned with paprika and a blend of aromatic spices, but between the tomatoes and peppers, there’s plenty of inherent acidity. Medina serves it with grilled pita, and my only wish is that a heartier bread accompanied it: something better suited to sopping up the delicious stew simmering at the bottom of the skillet once the egg was gone. 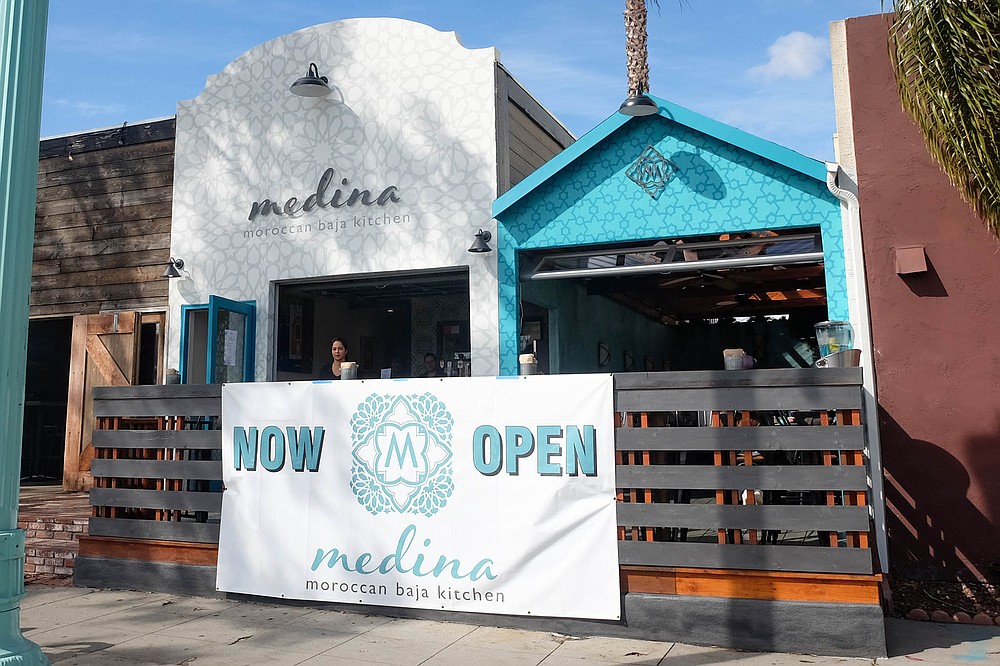 Bowls go for $12-13, while the chicken and veggie tacos go for $4.50 apiece, served on hybrid flour-corn tortillas. A third $5.50 taco features that merguez sausage, but instead of tortilla, it’s served on a pita. That’s probably bending the definition of a taco a little bit, but I’m more than willing to play along with the tzatziki styled crema, pickled onions, and microgreen toppings, plus a cucumber pico de gallo (another fine example of melopoeia).

The sausage itself is more breakfast link than bratwurst size, finely minced and heavily spiced with an added zip of fresh parsley. I enjoyed it, but do think a bigger portion might serve the pita taco well.

Turns out, you can add merguez to your shakshouka for an additional $3. That will provide a wonderful introduction for those curious about North African cuisine, and a chance to say a few really cool words in the process.