Are our ancestors all heroes? 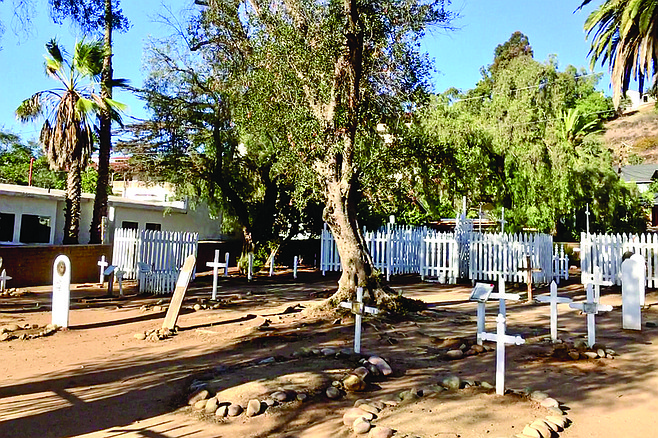 As much as we’d like to think so, sometimes you hear things you’d rather not. Got a bit of a shock at the Campo Santo the other day. I was walking through San Diego’s second cemetery, with my friend George. On his way from New York to New Zealand. Very conscious of the tough love of pioneering days. Has made documentaries about them. Wanted to see Old Town. 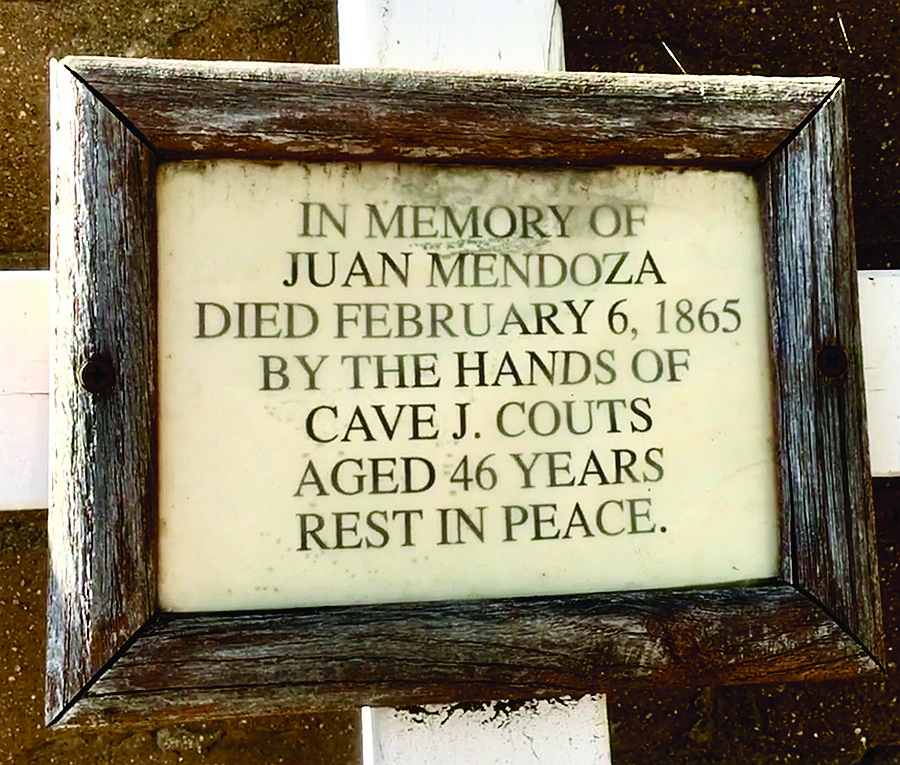 So we arrive at the Campo Santo cemetery, on San Diego Avenue. Populated with early San Diegans between 1849 and 1907. George is taking photos in the slanting afternoon sunlight, when we come across this cluster of grave sites, in the southwestern corner, right over the low wall from San Diego Avenue.

First is James W. Robinson, known to everyone back in the day as Yankee Jim, the miner. Yankee Jim was a bit of a layabout, known for “borrowing” things and then returning them, or abandoning them. This time, in 1852, the city fathers must have reckoned he went too far. He “borrowed” the only rowboat in San Diego Bay, had his fun rowing about, and then abandoned it. “Your jurors in the within case of James W. Robinson have the honor to return a verdict of Guilty and do therefore sentence him, James Robinson, to be hanged by the neck until dead. Cave J. Couts, foreman of the jury.”

“For stealing a rowboat?” says George. “What kind of judge could allow that?”

Uh oh. That name Cave J. Couts turns my head. He was an ancestor of my in-laws, a soldier from Tennessee who settled, married well, had more than one rancho, and became a powerful member of the little community in Old Town.

Yankee Jim couldn’t believe they weren’t joking about the death penalty, and was talking to everybody right up to the moment they whipped the mules. The cart they were pulling jerked up the avenue, leaving Yankee Jim — he might have been 6 foot 5 — just able to still touch the ground with his toes, but slowly strangling. 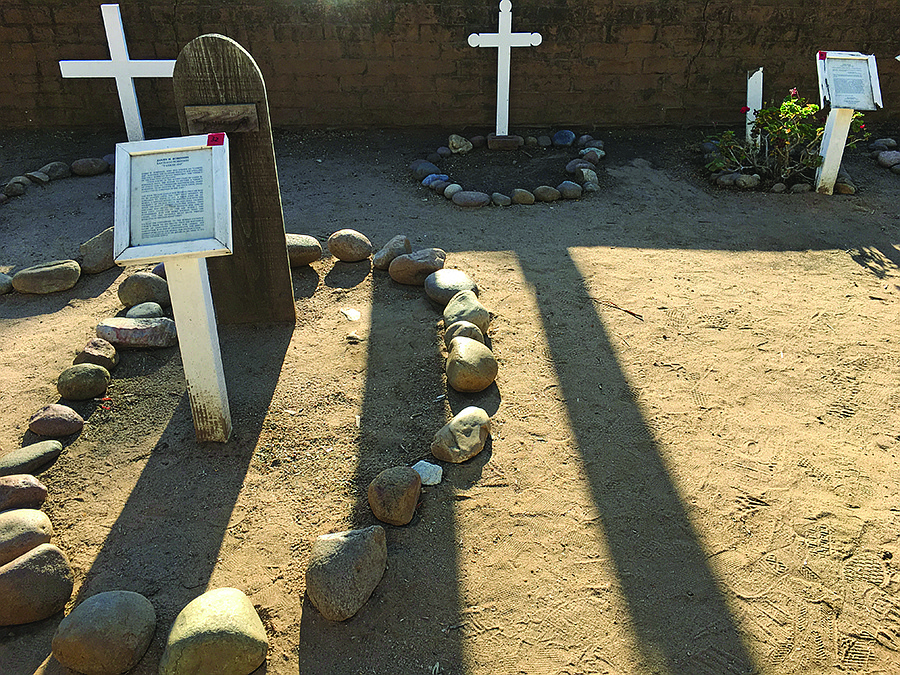 Yankee Jim’s grave. He swung from a rope right here.

Turns out this is quite a corner. Right next to Yankee Jim’s grave, a plaque says “Sacred to the memory of Antonio Garra Sr. A leader among his people. Cupeño-Kavalim clan. Died January 10, 1852.” Garra led an uprising that was an echo of the Boston Tea Party. The US government was trying to tax the native Americans in the area. Garra’s cry was “No taxation without representation!” Sound familiar? But he was an Indian. He was caught and tried. And, oh boy. Cave J. Couts was the Judge Advocate who found him guilty of murder and theft. He was shot dead, right over this wall where the brick Whaley house stands. 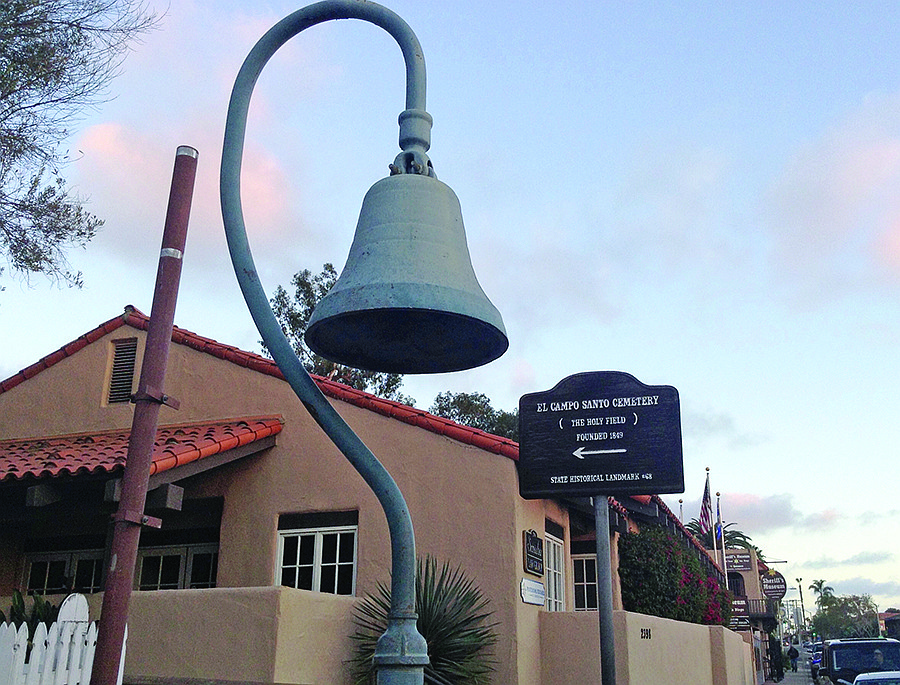 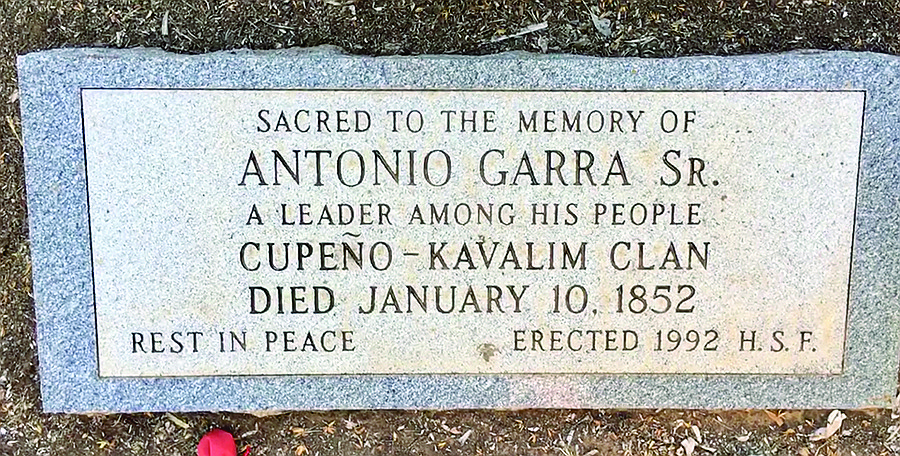 Antonio Garra’s gravesite. The Kumeyaay revolutionary was shot right across the wall

“Quite a guy,” says George. I think he’s talking about Cave Couts. “And here’s another.”

“Juan Mendoza was the victim of a fatal shotgun blast to the back. The assailant was Cave Johnson Couts, a local landowner.” Mendoza was majordomo at Couts’s ranch. Did Couts break the “Code of the West,” by shooting an unarmed man in the back? Or was it self-defense? Because Couts claimed in the subsequent trial that Mendoza had threatened his life. He was just obeying the “Code of the West” which allows a man to “stand his ground” and kill any man threatening him with his life. Couts was acquitted. Man. If these walls could speak.

Oddly enough, but these "good ol' days" gone bye seem to be the image of a certain desire for the same violent "solutions" in these-here days,
Some things just don't change. Take Trump's claim to be able to shoot a man on the street and "get away with it". The legacy of Cave Couts would make an interesting comparison to Donald J Trump and the lawless status-quo expectations of our day.