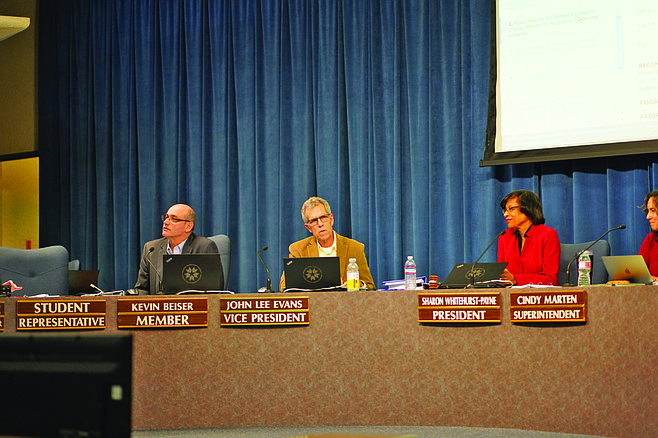 On December 11 the San Diego Unified School District board of trustees got rid of a thorn in its side — the non-agenda public comment segment at the beginning of their meetings. 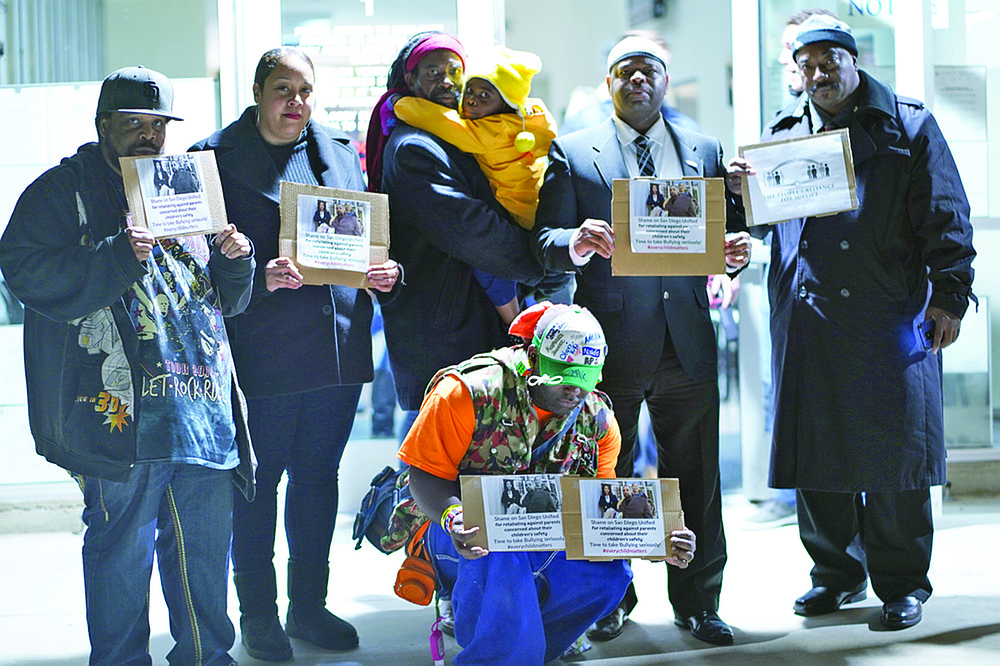 Earlier in the meeting trustee Kevin Beiser declared from the dais, “I would like to thank the 216,000 voters who voted for me so I can make sure our school district is transparent. I will continue to listen to parents and community members.”

Then he slipped out of the meeting before the vote on public participation was taken.

Last year, district leaders were denounced by public speakers at every meeting. The earlier public participation was called, the more critics were present to speak.

The largest number of public speakers to gather for a single issue complained at multiple meetings that the district has an inappropriate sex education program. Other common complaints included reductions of support staff positions, failures to protect students from abuse, racial and economic inequities, and a lack of transparency. 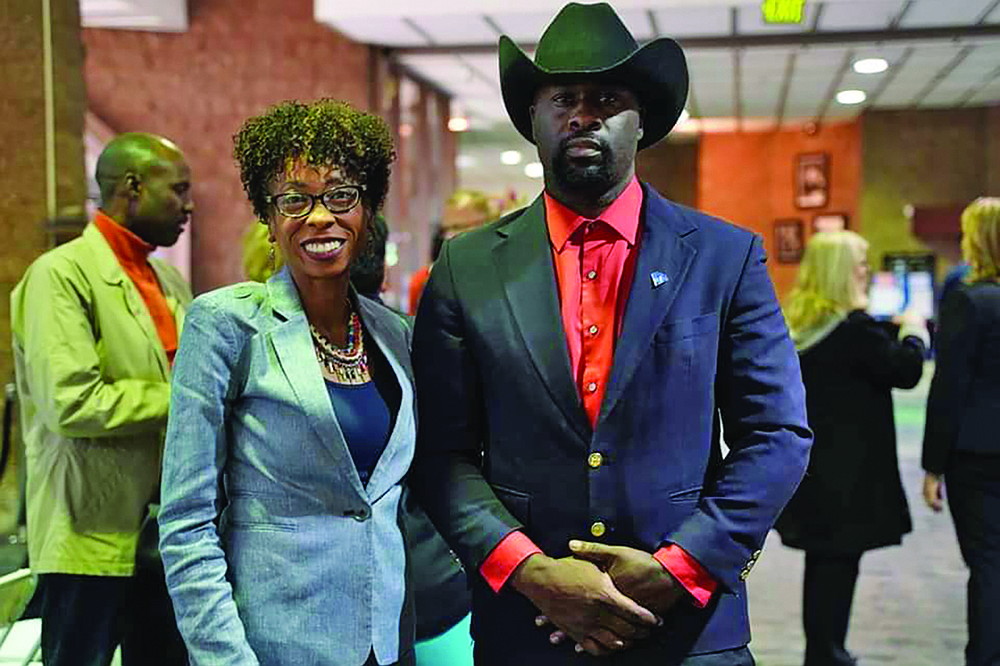 Jason Greene, with San Diego ciity councilwoman Monica Montgomery, says a school board official attempted to intimidate him when he showed up to a meeting with a camera.

Before the vote was taken, citizen watchdog Sally Smith stated to the board, “Moving public participation to the end of the meeting is another tactic to eliminate criticism. Some of these meetings run hours and hours. You can wait until the room is empty and essentially eliminate public comment.”

Trustee Evans responded, “We are not cutting back on public comment in any way.”

The change was implemented at the next meeting on January 8. For the first time in recent memory, there was no non-agenda public comment at a school board meeting. The board’s agenda items took three-and-a-half hours. (Evans said the reason for the change was so agenda items would not be delayed by the half hour of non-agenda testimony.) 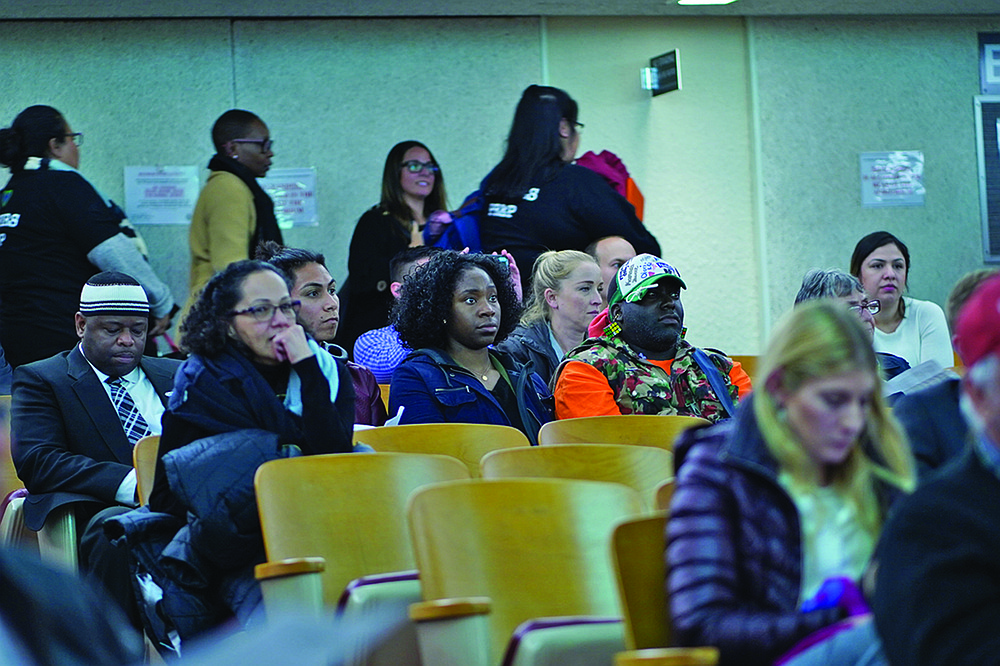 Members of the audience at the February 5 school board meeting had to wait after the meeting to comment.

At the February 12 meeting, Beiser asked his colleagues to reconsider the time slot they designated for public participation, but they wouldn’t address it. Superintendent Cindy Marten and President Whitehurst-Payne responded that the issue would be discussed two months later at the April 16 board governance meeting.

Smith thinks the concern Beiser and others are now expressing about public participation is feigned. “He didn’t even bother to vote when they got rid of it.”

She points to his campaign for the 2020 San Diego city council election — he filed papers on January 17 to run in district 7 — as the reason he avoided the vote. 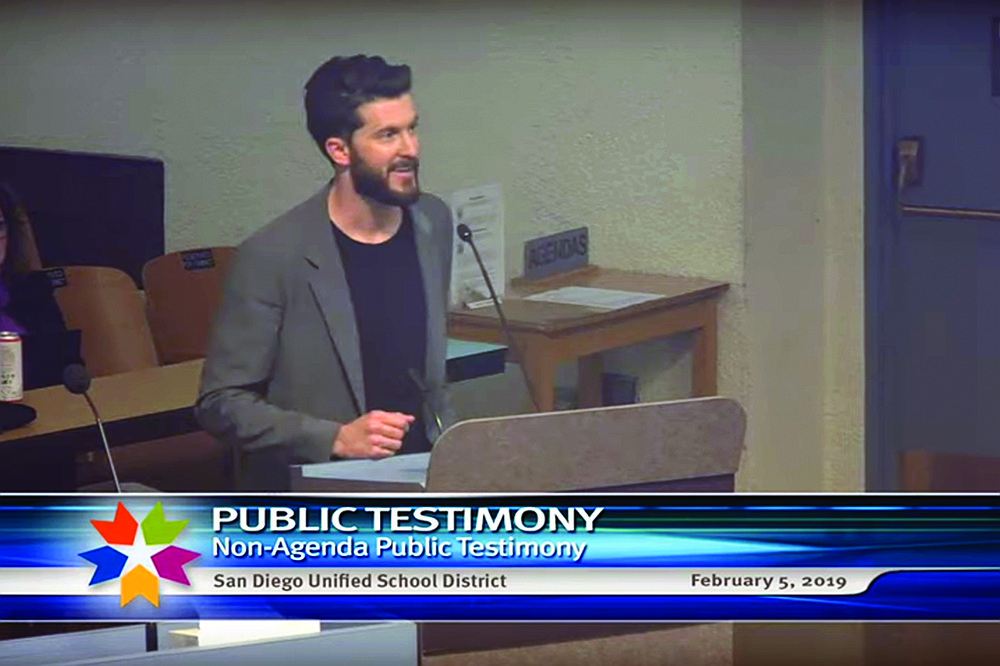 Smith says there has been a long history of board members and district leaders trying to silence criticism, including the time she says San Diego Unified police Sergeant Jesus Montana threatened to charge her with disturbing the peace for whispering in the boardroom.

She points to district leaders’ attempt to imprison a parent who spoke out last year, their request that public speakers not name school employees they talk about, and their request that public speakers identify themselves and inform them ahead of time what they plan to speak about. She says the board uses that information to “ambush” those who plan to criticize them.

A response to a public records request reveals Beiser received emails from community members expressing concern about his alliance with a political organization they were afraid of, the Council on American-Islamic Relations. Without blocking their names or email addresses, he forwarded their emails to that organization.

In other emails Stanley Anjan, the former executive director of San Diego Unified’s Family and Community Engagement Department, contacted activists and organizations and stated, “I am reaching out to you to ask if you would attend tonight’s board meeting… We received emails and calls that [our critics] will be in attendance. The goal in having you attend would be to voice your support [for us.]”

Smith says, “District employees are using their taxpayer work time to politic and beat the public down.”

On February 5, the board had a closed session meeting to conduct a performance evaluation for Superintendent Marten. Several people attended the meeting to speak during public comments.

Photographer Jason Greene, a disabled combat veteran, tried to walk into the room with his camera but was stopped by a large man blocking the doorway. It was Andrew Sharp, the district’s chief public information officer.

Witnesses say each time Greene tried to step around Sharp to pass through the doorway Sharp stepped to the side to block him. “He was very juvenile,” recalls Greene. “He started asking me weird questions like who I am, who I work for, who sent me.” Then district communications director Maureen Magee joined the conversation, or the “interrogation” as Greene called it.

Anita Turner was inside the room watching things unfold at the doorway. She says, “I finally went outside and took the black man (Greene) by the elbow and led him into the room, whereupon the white man (Sharp) asked me who I was. I told him that’s none of his business. He then took a picture of me then got a police officer who started looking at me.”

Smith was at the meeting. Though she didn’t see what happened in the doorway, she heard accounts from witnesses afterward and told them what Sharp and Magee did was illegal. “Then Sharp came up to me and kept trying to talk to me. I had to tell him three times to leave me alone.”

“He said to me, ‘You always say negative things. There is a lot of good in the district. Why don’t you say something positive?’ My response was the district has a $2 million public relations office to do that for it.”

Greene says they continued to target him after he left the closed session and went down to the open session in the boardroom. He says Magee told him where he had to sit, but shortly after he set up his equipment there someone asked him to move to another spot. “They were using high-level intimidation tactics against me. I felt like there was a coordinated attack on me the entire night.”

This isn’t Sharp’s first public run-in with a member of the press. Two years ago Voice of San Diego reported Sharp was frustrated with reporter Ashly McGlone’s critical coverage of the district, and he said to another reporter, “if she were not careful you should not be surprised to find her body wash up on shore” and repeated that “she would be dead.”

The February 5 open session meeting was shorter than usual (one hour and 24 minutes.) Twenty people stayed to speak during public participation at the end, including 15 who spoke against the district’s sexual health curriculum.

The last agenda item just before public participation was called was about a revision to the charter petition of KIPP Preparatory Academy. Brad Jones, a youth pastor in San Diego who speaks regularly at public participation, pointed out that Beiser expressed concern about whether the potential charter school’s board would be open to change if it wasn’t accessible enough to its community.

Jones said to Beiser, “Your community is here and you’re not changing anything. So mark my words, if you don’t start working with this community we will change the board in 2020.”

The 20th public speaker demanded the resignation of the entire board, all of whom walked out before the 21st speaker could talk.

Greene says his first visit to a school board meeting was bittersweet. Though he was disgusted with how district personnel treated him and how the board members walked out on public speakers, he was enthralled with the community he saw standing together.

“Something remarkable happened. Democrats and Republicans came together. When the school board tried to silence the Democrats and abandoned a family in front of the entire audience the Republicans started yelling, ‘Let them speak!’ The Republicans were there for the sex education conditioning. The Democrats were there for the brutality. Nobody was wearing party names but the affiliations were clear. But we were all parents who felt like the system was not treating us like the parents. The unexpected thing was that we would hear each other’s side and realize we have common ground and can help each other.

“It was the only time I’ve ever seen two sides that often differ come together for the sanctity and morality of the children, and I think that’s what democracy should be. I saw empathy between Republicans and Democrats, between Christians and Muslims, other faiths and non-believers. It was beautiful.”

It's a pretty safe assumption that the board doesn't pay any attention the public comments, so whether they allow it at the start of the meeting or push it to the end really matter. The district is far too big to be run properly, and has been stumbling along for decades. The best idea would be to break it up into three or four districts that would be manageable in size and closer to the citizens in the area.

Moving public comment to the end is a tactic to wear people down. Most concerned parents wishing to address the board have school age children and have to wait hours to address board. Some parents have to get childcare to stay until public comment which is not at a set time now. This is an unnecessary hardship to put on parents and just one more move to be less transparent.

I agree with Smith that the closed session is kept quiet from public. Closed session is in a very small room on second floor and the door remains locked until the last minute. Whitehurst-Payne did not want those of us who did show up Feb. 5 to give feedback on the superintendent's job evaluation to speak. She tried to limit the speakers to 7. One speaker had to implore the board to hear her. Very reluctantly Whitehurst Payne relented but said no more could speak after her. There use to be a paper sign up for closed session public comment but evidently the board did away with that and citizens must sign up online. The online sign up demands one's full name be given. That is a violation of the law as citizens are to be allowed to anonymously address their government representatives. It should not be so difficult to speak in closed session public comment.

The Board has no interest in listening to the public. It is the toughest part of any meeting be it a school board meeting or a homeowners meeting especially for a bunch of self absorbed arrogant clowns that think they are way more important than they are.