There’s not a lot of crime here 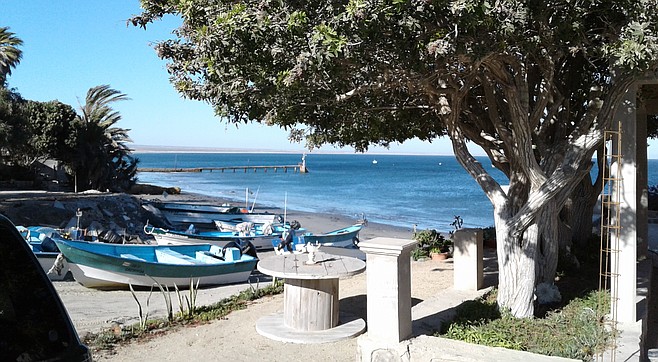 My kayak, which I foolishly leave at the center-town ramp in Bahia Asuncion, went missing. I have a hard time loading and unloading the bulky thing, and it made it easier to leave the stripped hull at the ramp and tote my gear back and forth when I wanted to paddle out. It was there for six or seven months, but then last week during a lull in the springtime wind I decided to go fishing, and the kayak was gone. I check it occasionally on passing, and it was there the day before. I asked a couple guys that were pulling a dory up on the beach if they had any idea where it was. 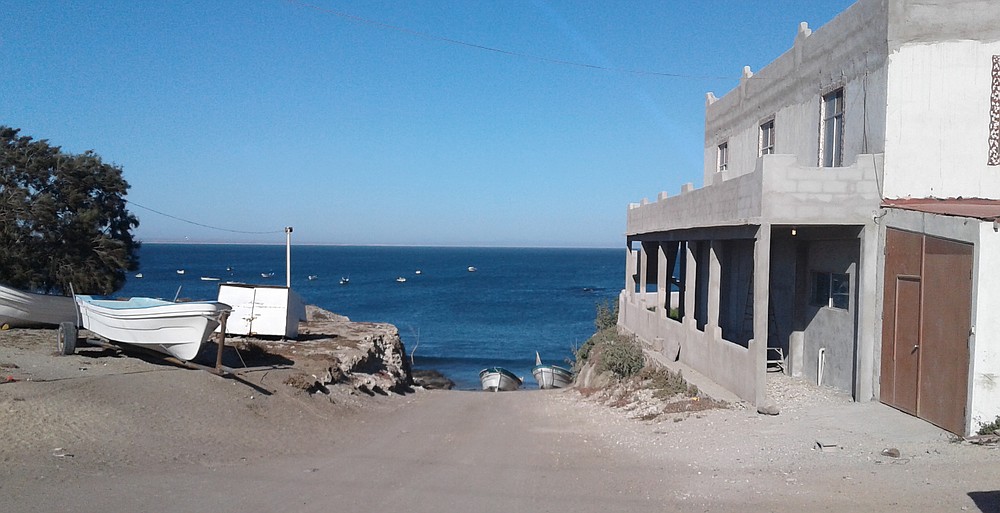 They said they thought they saw it at the Cooperativa launch by the point, which made sense to me. Sometimes people use it to fish a little or to get to their moored boats, which I don't mind, and due to more south swell the waves are kind of big at the public ramp where it was sitting on a bank in the shade of a pepper tree. The co-op ramp by the point is a better launch spot when the swell is up.

I ventured out to the point where the steep, sheltered ramp, offices, repair shops, cannery, and other structures that make up the majority of the successful union of abalone and lobster workers’ base are perched on the rocky rise overlooking both the ocean and the bay side of the natural divide. 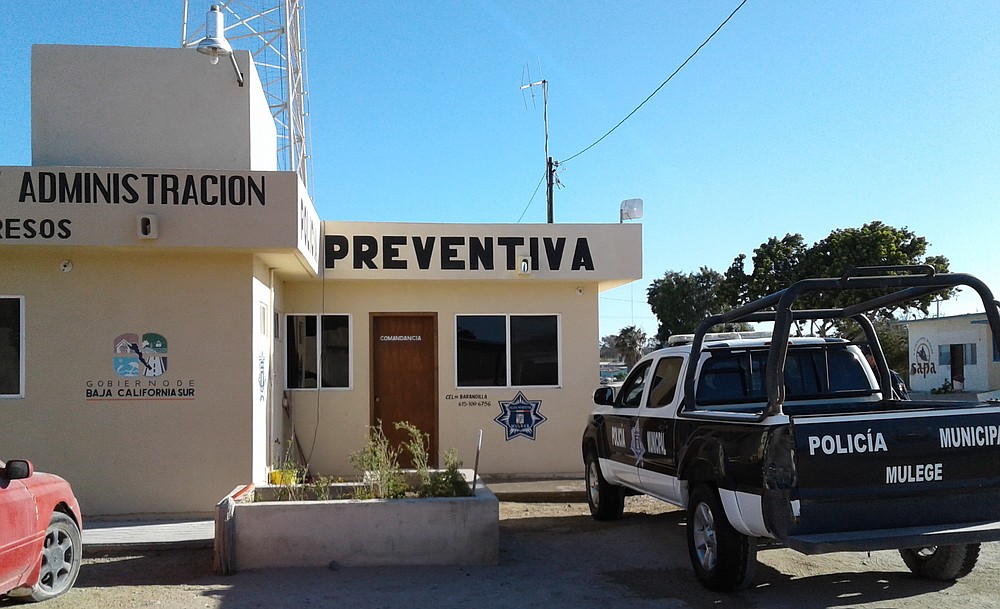 After not seeing the kayak anywhere, I talked to several of the abulón guys who were coming in from the day's work. They hadn't seen it, but most insisted it was probably stolen and that I should report it. I didn't think so, I just thought maybe someone thought it was abandoned and took it home.

There’s not a lot of crime here some 70 miles from the main highway and the nearest ATM; in the last couple months the only criminal activity I heard about was that someone stole a garden hose from the church. News was that the minister went on at length during the Sunday sermon about that missing hose. I decided to go talk to the police.

At the Municipal I told the capitán that I was pretty sure nobody took it, that it wasn't valuable – a friend had given it to me and I patched some holes in it and made it serviceable. It's a tank to paddle, an old Malibu II, and I really thought it would be lying in someone's yard who probably thought it was abandoned.

I told him that there was no real need for an official report, and maybe they could keep an eye out on their daily rounds, but the capitán insisted on having a written record. After filing the report, I went home to find some pictures to take back to the police, but before I could upload any, the capitán called and said the kayak was at the station.

There it was in the back of their truck, not fifteen minutes after I had filed the report. They said the guy who had it found it on the rocks, which I kind of doubt, but maybe. It had to have some help to make it from its shady spot high on the sandy bank to the rocks were that the case. Either way it was returned. The capitán helped me load it up, and after assuring him that they'd get some yellowtail from me when they start biting, I took it home.

Shortly after dragging the kayak into the yard, a kid in his late teens came by on a bicycle and apologized sincerely. I told him no worries, I could see how it would look abandoned. I thanked him for cleaning it up and told him if he ever wanted to use it, just ask and no problem. Asi es aqui en Bahia Asunción!

The usual absence of comments to these pieces about life in Baja, like this one, makes me wonder if anyone really cares about goings-on in Mexico. The paucity of comments causes me to ask if anyone gives a s**t. And if the readers of the Reader don't care at all, then why the reports?

To each his or her own. Lots of folks love Mexico, but I reckon if I wrote about partisan politics or some other such divisive crud, there'd be more comments. Anecdotes on life in general, especially on positive experiences, just aren't that well commented on. There are a million U.S. citizens living in Mexico for good reason. Apparently, you gave enough of a s**t to voice your opinion. Thank you for the comment.