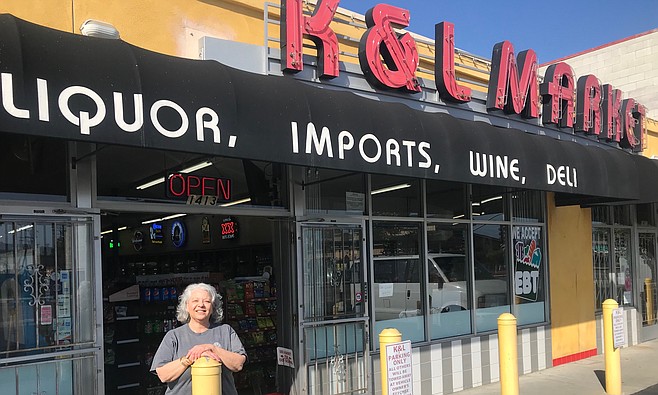 “We have films of 283 streets posted on line, with more to come,” said San Diego City Clerk’s archivist Sheila Biel. The city’s transportation and storm water department filmed the collection in over eight months in 1970. Long before Google cars, a special 35mm camera was attached to a car, producing street level views. Biel speculated the films were shot for street planning purposes.

The project to convert the individual reels to digital versions started about three years ago. “We have miles and miles of roads on film,” said Biel.

The first street I viewed was of Morena Boulevard, which runs north from Old Town’s Taylor Street, six miles to its dead-end just past Costco. Significant, because Morena Boulevard was the old four-lane U.S. Highway 101 into San Diego, until it was replaced by the parallel I-5 freeway in 1964. 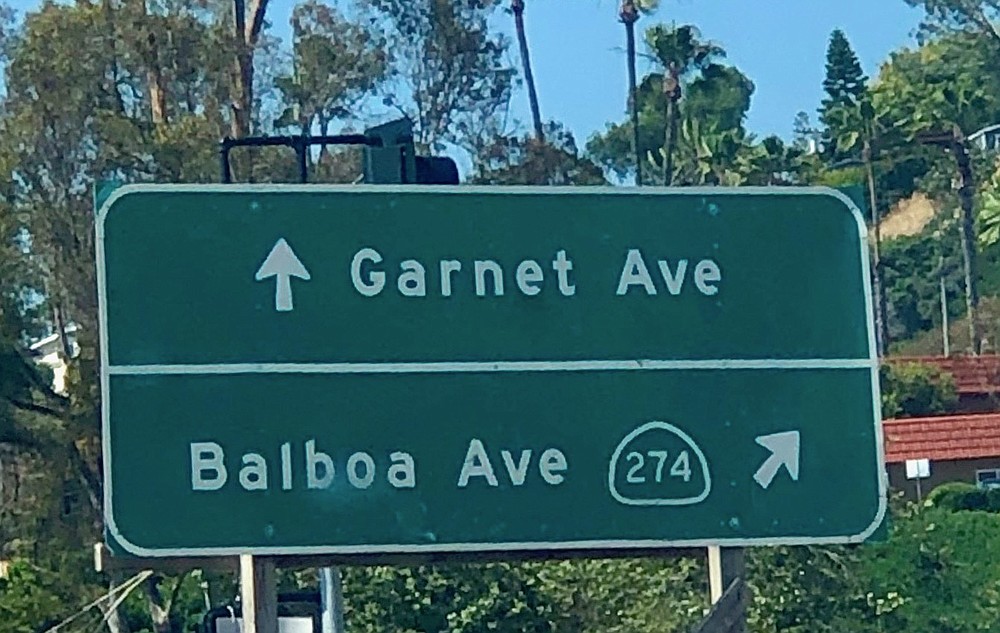 Gone will be the last remaining sign of old State Route 274.

Other than the current construction of a new trolley line going to University City, the four-lane road through the neighborhoods of Bay Park and Bay Ho still holds most of the old alignment, traffic signals, curb heights, and a center median motorists would have experienced prior to I-5.

I took my own trip, stopping at some of the recognizable businesses seen in the film.

Just over the San Diego River, at the intersection of West Morena Boulevard, in the film one sees a bright orange der Wienerschnitzel restaurant, one of the first in the county. A Carl’s Jr. fills the spot today.

Old Trieste, with its classic sign and front entrance, closed for good on May 30.

Maha’s family has owned K & L Market at 1413 Morena Blvd. since 1964. “Fiesta Island was a dump. There was no Sea World Drive exit off the freeway,” she remembered. “People used to ride in on their horses from Mission Valley.”

The largest business still operating is City Chevrolet, at 2111 Morena Blvd. The 80-year old dealership moved to the location in 1968. Long gone is the large neon Chevrolet logo sign seen in the film.

Probably the oldest continuing Morena Blvd. business is the Silver Spigot bar at 2221 Morena Blvd. Opened in 1954, customer Terry says he’s been coming in since 1968, when he was seven years old. His mom, being Catholic, would take the family there every Friday night. “They had the best fish fry in San Diego,” said Terry, who remembers running across the highway to go swimming in Mission Bay. 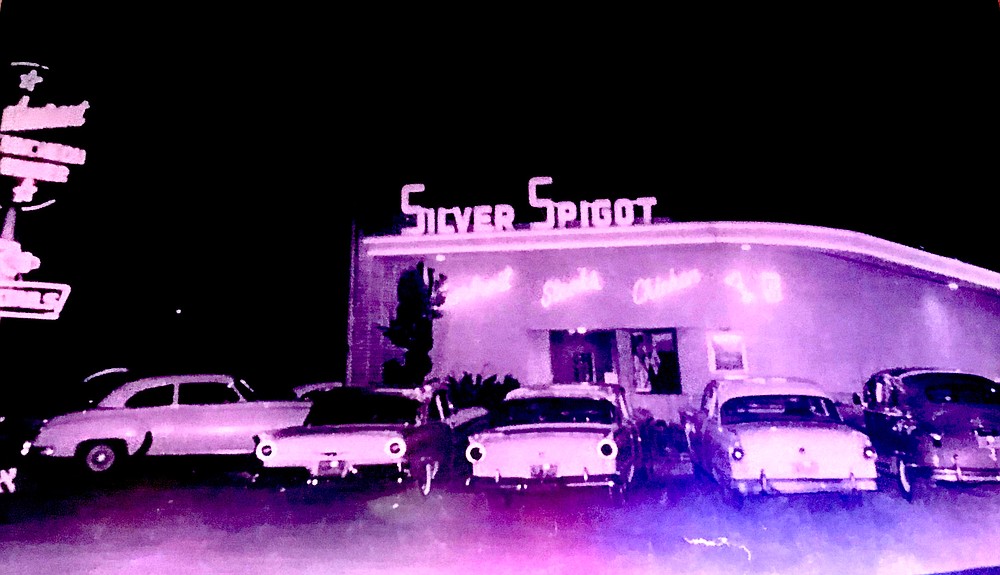 The oldest continuing Morena Blvd. business is the Silver Spigot.

Down the street, an Italian restaurant, Old Trieste, with its classic sign and front entrance, closed for good on May 30 after 56 years at 2335 Morena Blvd. Reached by phone, daughter Denise Yousif said her parents had a good run and just wanted to retire.

Morena Blvd. crosses over Balboa Avenue with a 1960s freeway-like on and off ramp interchange, and is still overlooked, as seen in the film, by the five-story Costa Villa Apartments on the northeast corner. With current new trolley station construction, the intersection may end up looking more like a city road than its former glory as a U.S. Highway crossroad. When completed, gone will be the last remaining sign of old State Route 274 (Balboa Ave.), decommissioned as a state road in 1999. 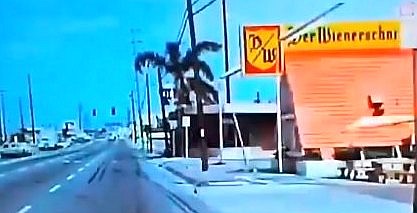 Der Wienerschnitzel restaurant, one of the first in the county

Almost to the north end of Morena Blvd., the first Price Club, which later became Costco, is housed in the original factory buildings of the old Convair plant. The final owner, before Sol Price purchased the buildings in 1976, was Hughes Aircraft.

I've watched all the street film footage posted so far and must correct the claim that the city "filmed the collection in over eight months in 1970." Several of the clips had to have been filmed as late as 1972, confirmed by billboards for 1971 and 1972 cars, TV shows, and several theater marquees listings films released in 1971 and 1972. Someone probably just labeled all the film cans the same, despite them having been shot over the course of around two years. That said, the footage is a blast to view!

I would agree. I too saw that FB post with the '73 Dodge billboard, and asked. The spokesperson contended their records show 1970. But further research will probably show "1970s."

Hey Ken, did this article ever make it to the actual Reader magazine?

Mijibadd, It is going to run in the June 27 print edition.

I wonder why the City put them on a proprietary web site instead of the public internet or the City's own site. Only members of Facebook can see them. Maybe some city official gets paid by Facebook to do that?

You may know that video of San Francisco before and after the 1906 fire has recently been discovered and restored (and made available on the public internet). Here is one place to see some of that footage: https://blog.jumpstartrecovery.com/1906-san-francisco-earthquake-video-footage/

Swell, they are found on the City Clerk's public website: https://www.sandiego.gov/digitalarchives/film-audio That's where the original FB poster is finding them. BTW - thx for the link on San Fran vids. Fascinating story! I watched this morning. I just wonder how the guy that found the film at the swap meet did so. Who picks up reels of film and says I wonder what's on this reel? We've probably lost 90% of out historical images and don't know it. That's why these San Diego films are so enjoyable. Thanks for reading the Reader.

I'm fascinated! We grew up in Western Hills mid sixties Jim Morrison of the Doors was my neighbor on Arnott Street. We walked Morena Boulevard up from Sambos in Old Town after Gull and Rocket games! Even walked to Fon Jon Kennels in 1967! Remember working at a Chinese Restaurant on Morena Boulevard around 1970! We did triathlons on Mission Bay circa 1970! So many memories! thanks, Danny

Thanks for reading the Reader Danny!