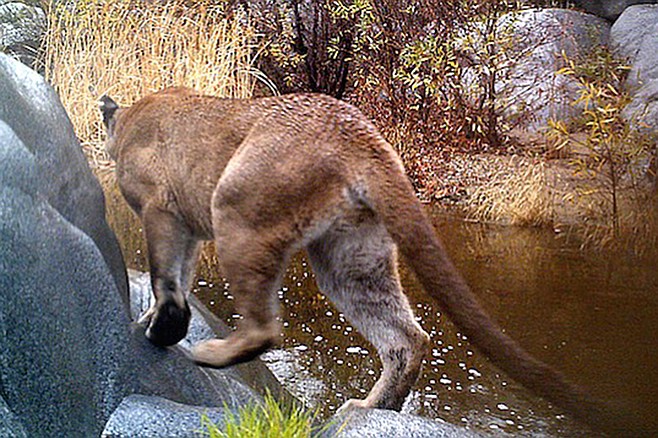 At approximately 2:30 pm on May 27 (Memorial Day), a 4-year-old boy was attacked by a mountain lion in Los Peñasquitos Canyon Preserve. The child survived the attack and was transported to Rady Children’s Hospital with injuries that were non-life-threatening. According to California Department of Fish and Wildlife Lt. Scott Bringman, the boy’s father stayed and threw rocks at the mountain lion after the rest of the group that the son was a part of scattered from the scene. The lion eventually left, and Bringman said that the father “did the right thing.” 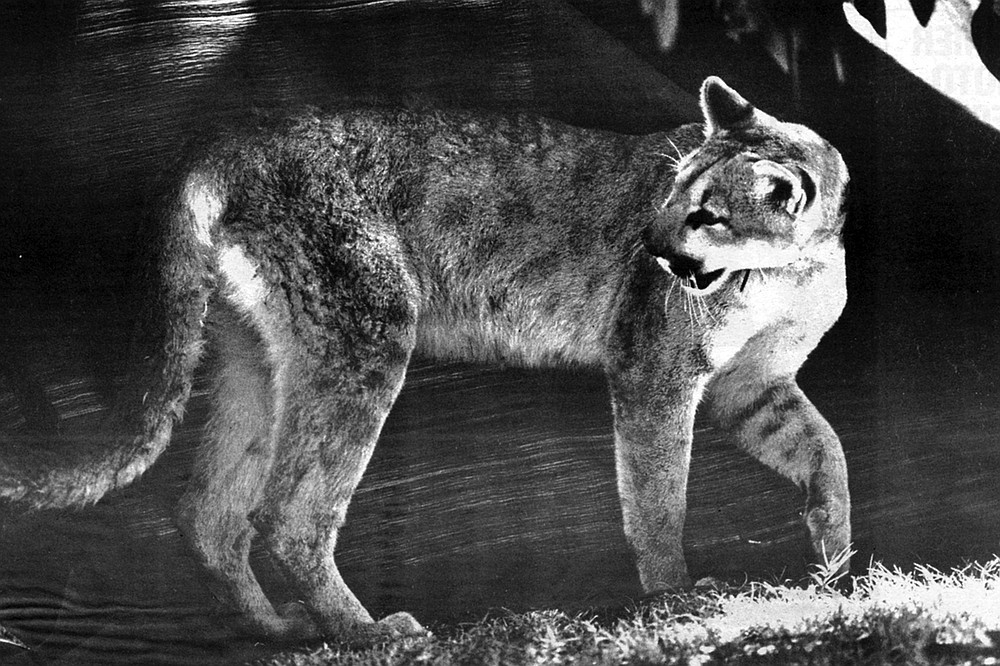 “Then I draw back my bow, and it comes withing about ten feet.”

After the attack, wildlife officers set out to locate the lion by following its tracks. When they found it, they were surprised when it behaved in an aggressive manor towards them. Bringman stated that it “appeared to have little fear of humans, which is abnormal behavior for a mountain lion.” As a result of this aggression, the officers killed the lion to ensure public safety.

After the attack, local social media blew up with an intense outpouring of sympathy — towards the deceased mountain lion. Many commenters felt the lion should have been captured and relocated insead of being destroyed. The general argument seemed to be that the child was in the cat’s habitat, and the lion was just behaving normally in its native, wild environment. Representative statements included, “It’s a preserve, there’s wildlife. The way I look at it, you as a human are accepting the risk. Why should wildlife get killed for you being in their natural habitat?” and, “I don’t hike out in these places for this reason. This is their land and bringing a dog or child is food for them. How are they to know the difference?”

But other commenters argued that once a wild animal attacks a human, killing it is a valid option: “I am a total animal lover but I tend to side with Fish and Game on this one, the mountain lion picked the kid out of a pack of 11 people in the middle of the day,” and, “This is ridiculous. Kill that animal if there is even the slightest chance it will attack my son.”

The likely common denominator for everyone voicing an opinion on this issue is that they have never been in a situation in which a mountain lion was a direct threat to their life. Local mountain lion attacks and encounters are few and far between, but when one does occur, people tend to remember them. 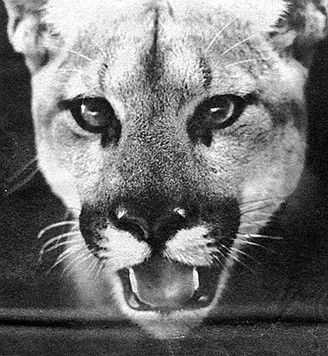 Jonathan, who requested to have his last name omitted from this story due to the sensitive nature of the topic, is one of the few locals who has faced down a lion in the wild. It is an experience that he hopes never to revisit. His encounter occurred while he was bow hunting on a property in Julian in December 2017. He was decked out in camouflage in a creek bed that was further obscured by a tree that hunched forward. He was waiting patiently after seeing a collection of deer pass by an hour prior. He didn’t have a good shot, so he stayed put and waited for his next opportunity.

“So, I’m just sitting there, an hour goes by, and I look to my right and 20 feet away there is a mountain lion staring at me,” Jonathan said. “All I have on me is my bow with an arrow in it, and I’m just thinking, ‘Oh, God.’ My initial thought is walk away, but you can’t do that. You can’t walk away. So, I’m staring at the lion hoping that it just goes away. It doesn’t. So, I stand up and I just start screaming my buddy’s name at the lion as loud as I can, hoping that my buddy Zach is somewhere walking around near — which was not the case. So I’m just screaming ‘ZACH! ZACH! ZACH!’ as loud as I can produce sound. I could not scream any louder, and it’s just staring at me with no emotion at all. It was not growling. It was not hunched down. It was just staring at me with no emotion.”

He continued, “I’m screaming at it for about 30 or 45 seconds, and, I’m not lying, it starts walking straight at me. Then I draw back my bow, and it comes within about ten feet and it flanks to my left. Now it’s kind of by that tree. So, I’m squatting down under this tree and it’s square at me, and I’m looking at it and just screaming ‘ZACH! ZACH!’ at it, and I can’t tell you how many of my friends would have shot it. All I could think was that if I shoot this animal, there’s probably a 20 percent chance it’s going to lunge at me and attack. Maybe expire in about 60 seconds, who knows, but it could do a lot of damage. Most likely, it would run off and die, but I just kept screaming ‘ZACH!!!’ as loud as I could and it just stared at me. I told myself, ‘If it moves closer to me, I’m going to take the shot,’ but I did not choose to. My legs are shaking and my arms are quivering from holding this bow back for about three minutes. Maybe it was 30 seconds, but it just felt a lot longer. Then, after about two minutes of stare down, it just walked away.”

For Jonathan, the true terror of the incident didn’t begin to creep in until after it had passed. He had a “heightened sense of consciousness” during the encounter, but it wasn’t until he was walking back to his cabin “looking back left and right, doing circles looking” that the amount of “crazy intensity and fear” sunk in. It is a fear that has staying power.

“You know how they talk about Spidey sense? Where the hair on the back of your neck starts to stand up when you hear a twig crack? When people say, ‘Don’t think twice about it. That animal is so far gone the second it hears you....’ My encounter… having screamed at that animal at such a loud level and for it to continue to walk straight at me — I do have a different opinion about it, because it just didn’t seem to care very much,” he said.

Jonathan made it clear that he doesn’t kill mountain lions. He prefers to hunt only animals that he is going to eat. “It’s not like because I hunt, I want any animal to die,” he said. That being said, he also has no interest in becoming the hunted.

“When the argument is ‘You’re in their habitat, therefore it’s your fault’ — if you think about it, we’ve been moving into their habitat for the last 200 years. Downtown San Diego was their habitat. Carmel Valley was their habitat. If you want to live in your home, you live where mountain lions or bears have been at some point. My personal belief is that a wild animal that is willing and not afraid of humans — there’s no way I would allow my children to be exposed to that. I think (Fish and Wildlife) did the right thing, and it’s justified,” he said.

Killing a mountain lion in San Diego County is an action that has repercussions, according to Rob Hutsel, the president of the San Diego River Park Foundation. If you eliminate too many lions, the deer population can explode. The loss of a lion throws the balance of nature off a bit. He does believe that the Fish and Wildlife acted responsibly in killing the lion, but any day a lion is lost is a “sad day” in his book. He estimates there are about 90 lions in the county at the moment, but is quick to admit that keeping an accurate count of the mountain lion population is a difficult endeavor. The animals’ reclusive nature makes their numbers tough to track.

Josh Dellinger, a scientist with Wildlife Investigations Laboratory at Fish and Wildlife, is in the midst of a campaign to get an accurate count of California’s cougars. It will be the first count that the state has attempted in decades, and the department hopes to have both state and regional-specific population estimates by 2022. When finalized, these numbers may help explain the behavior of local lions, and perhaps shed some light on why one would choose to attack a child in broad daylight, in a crowded park miles away from the desolate mountains where it would seem more at home.

If the child had not been saved by his father, he might have been the first mountain lion-related fatality in San Diego County since 1994. The victim in that instance was a 58-year-old woman named Iris Kenna. She was mauled to death by a cougar in Cuyamaca Rancho State Park. Soon after the incident, trackers shot and killed the lion responsible for the attack. During the animal’s necropsy, human hair and scalp remains were found in the animal’s stomach. It was the fifth lion killed in Cuyamaca within a 15-month time frame for “stalking or menacing people” in the park.

At the time, officials were uncertain as to why the lions in Cuyamaca were behaving in such an uncharacteristically aggressive manner towards humans — mountain lions are known to be reclusive and usually avoid contact with people. They prefer to hunt animals such as deer, livestock, and small rodents. Why they decide to stalk or attack humans is a mystery. One thing is certain: if you ever survive one of these encounters, it is an experience you will never forget.

Really? It's no mystery why lions attack humans. It is their natural behavior to want to eat. Imagine that. Humans get hungry and they kill. Did the lion deserve to be killed for living it's life, no. It was just being a lion. Many humans have an appalling entitlement, (that is displayed in so many ways), and that is why this lion died.

A mountain lion's territory can extend sixty miles or more and they are not pack animals. Sadly, relocating this animal would not have kept it from returning to its territory, including the same park.

We would be much better of killing documented gang members.