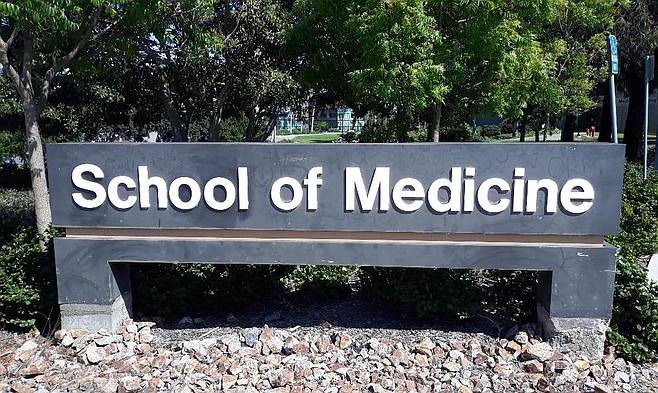 Researchers from the UCSD School of Medicine are in the market for human organs that are "fresh" and "fetal," according to emails published by the Center for Medical Progress, a citizen journalist/medical ethics watchdog group based in Orange County.

Dr. Kelly A. Frazer, a professor of genome information sciences, says "Dr. A.D.," a senior scientist from her lab, sent the emails to the center “under the mistaken impression” it was a “legitimate, legal, appropriate vendor of necessary research materials…an impression CMP did not attempt to remedy.” (Frazer was copied by Dr. A.D. on most of the emails.) 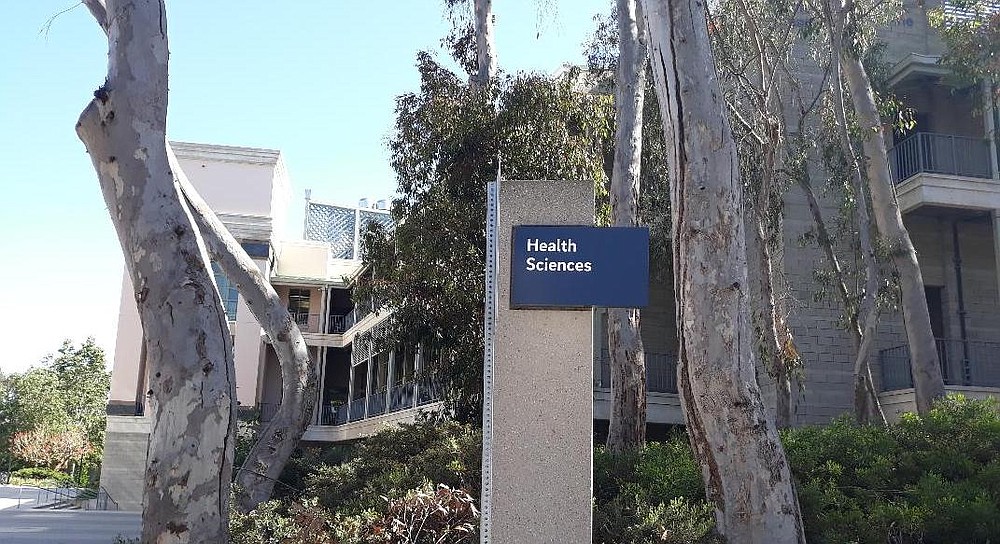 Dr. A.D. said organs from a 24-week-old fetus should work.

Frazer Lab wanted pancreases and hearts with “four to eight weeks of embryonal development.” Dr. A.D. wrote, “We understand this is a very early stage.”

The emails went back and forth between April 1 and May 6. On April 2 the center said abortion clinics provide fetal organs up to 24 weeks old and “the market rate for fresh samples right now tend to range from $500 to $750 per specimen,” not including delivery fees.

Dr. A.D. responded she would consult with Prof. Frazer on pricing and age of donors and said organs from a 24-week-old fetus should work. She spoke of the “extreme preciousness and rarity of the samples.”

Undeterred by high cost estimates or the prospect of receiving the organs from aborted human fetuses, the lab continued to email and call the center about getting the pancreases and hearts it needed. 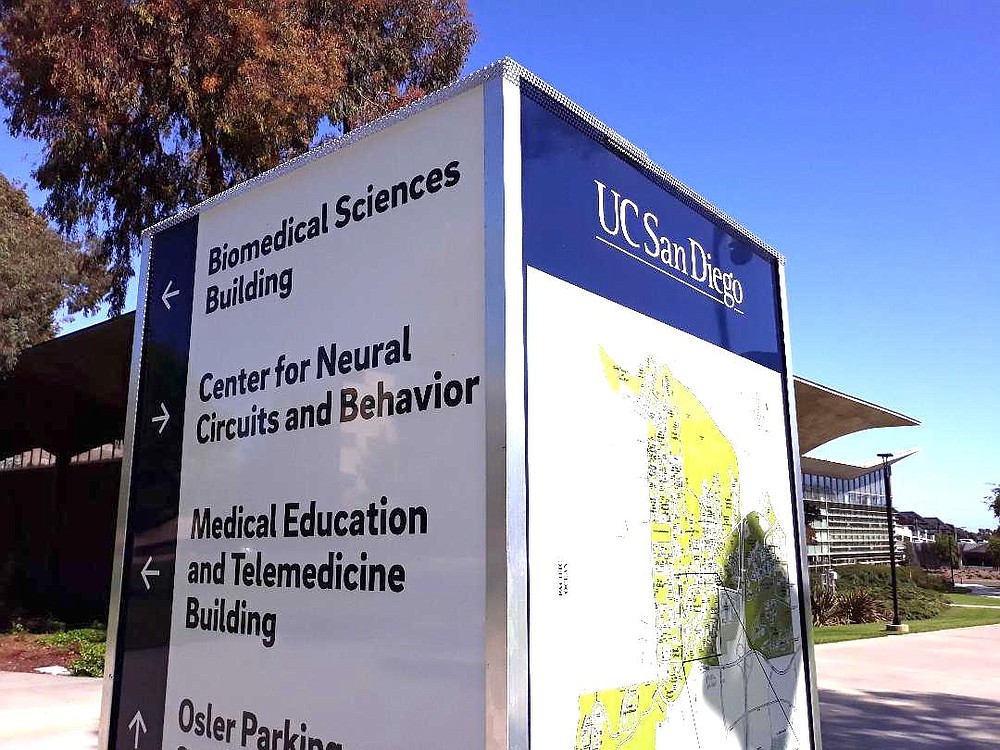 Earlier emails from UCSD Reproductive Medicine and Scripps: "On Friday I’m going to [Planned Parenthood] and will collect liver tissue.”

Frazer explains, “My laboratory’s use of fetal tissue in research is new. We plan to use human fetal pancreas and heart tissues to help decipher the genetic contributions to the development of diabetes and heart disease. These findings may help lead to new, effective treatments.”

She continues, “Fetal tissue remains the gold standard against which all other research is measured and validated.” She adds, “Some diseases begin in utero, thus the importance of studying organs and disease at the fetal stage.” 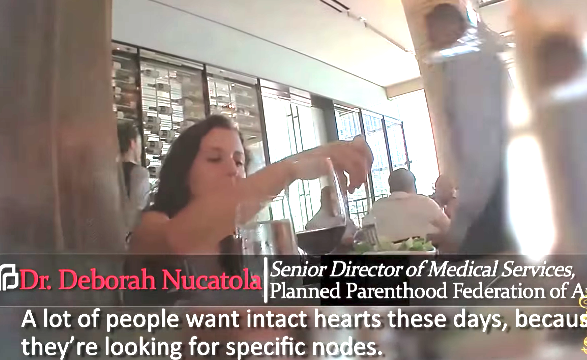 The law clarifies, “Valuable consideration does not include reasonable payment for the removal, processing, disposal, preservation, quality control, storage, transplantation, or implantation of a part.”

The Center for Medical Progress is known for publishing hidden camera video recordings catching officials of Planned Parenthood (America's leading abortion provider) making scandalous statements, many of which raised the question of whether they and their partners engaged in illegal sales of fetal tissue and altered abortion procedures to aid in the harvesting of organs from human fetuses.

In 2017 the center’s work led to the Orange County District Attorney’s successful prosecution of DV Biologics for “illegally selling fetal tissues for valuable consideration.” It does not appear any of the purchasers were prosecuted.

The center’s undercover video recordings led to a congressional investigation of abortion providers, fetal tissue suppliers and researchers, including some from UCSD. The investigation produced a series of heavily redacted emails involving the UCSD Department of Reproductive Medicine and the Scripps Research Institute, one of which states, “Next time you go to [Planned Parenthood] can you try to get pancreas as well as liver?”

In response, “We have a lot of frozen fetal tissue at [redacted] lab. On Friday I’m going to [Planned Parenthood] and will collect liver tissue.”

The requester replies, “Great to hear that.”

Frazer says her lab follows the law and the American Medical Association’s Code of Medical Ethics, which mostly repeats what is allowed under the law.

Some ethicists don’t believe what is right is always the same as what is legal.

The following are excerpts from a statement made to a Congressional Select Investigative Panel on March 2, 2016 by Georgetown University Pediatrics Professor G. Kevin Donovan, M.D., director of the Pellegrino Center For Clinical Bioethics:

“A fetus constitutes a live human, fully and genetically human. In fact, it is the irrefutable humanness of these tissues and organs that has made them be of interest to researchers and scientists.

“We would have to admit that not all scientific experimentation has been praiseworthy. Studies done by Dr. Mengele in Germany and by American researchers in Guatemala and Tuskegee were morally abhorrent, and any knowledge gleaned from these would be severely tainted.

“Those who have proceeded with experimentation and research on embryonic and fetal cells, tissues, and organs typically have obtained them as the result of an abortion. We demonstrate much moral ambiguity in our approach to the human fetus. We have decided that we can legally abort the same fetus that might otherwise be a candidate for fetal surgery, even using the same indications as justification for acts that are diametrically opposed. We call it the fetus if it is to be aborted and its tissues and organs transferred to a scientific lab. We call it a baby, even at the same stage of gestation, when someone plans to keep it and bring it into their home.

“We are a nation justly proud of the progress and achievements of our biomedical research, but lifesaving research cannot and should not require the destruction of life for it to go forward.”

University of San Diego Law Professor Dov Fox, director of the Center for Health Law Policy & Bioethics, does not find any moral objection to fetal tissue research decisive. “This research doesn’t destroy any fetuses, and preventing it wouldn’t save any...We need not needlessly thwart the enormous promise that fetal tissue research holds for human health.”

He continues, “Animal models aren’t able to solve the uniquely human biology behind developmental disorders and brain diseases like schizophrenia and autism. By comparison to fetal tissue, adult human cells are more susceptible to rejection and less able to proliferate and adapt. And embryos have generated far fewer cell types. Otherwise discarded fetal issue is needed to save lives and improve the health of living people.”

Dr. John F. Brehany, director of Institutional Relations at the National Catholic Bioethics Center, disagrees. “The intent to benefit from the deliberate destruction of human life and to collaborate with those responsible is profoundly ethically wrong. It is not excused by past or future benefits. Perhaps the reason that it is quietly tolerated is that we are prevented from seeing the humanity of the victims.”

Frazer says funding for her lab “includes grants and support from the National Institutes of Health, the California Institute for Regenerative Medicine, private foundations and others.”

On December 10 the National Institutes of Health posted a notice of intent to give $20 million over the next two years to researchers to develop alternative models “that do not rely on the use of human fetal tissue obtained from elective abortions.” Such alternatives “may include cell culture models using induced pluripotent stem cells (iPSC), iPSC-derived organoids, or other three-dimensional culture systems.”

In the last few months more funding notices have been posted to encourage such alternatives in ocular research, immuno-oncology research, and more.

Full disclosure: Jim Holman, the owner of the Reader, was a donor to Center for Medical Progress.

Trump to end human fetal tissue research by government, a victory for abortion foes. By ASSOCIATED PRESS JUNE 5, 2019 9:35 AM

Reporting from WASHINGTON — The Trump administration said Wednesday it is ending medical research by government scientists using human fetal tissue, a victory for abortion foes that comes despite impassioned pleas from scientists that some health problems can’t be studied any other way.

Research using fetal tissue that otherwise would be discarded has been funded by the government, under leadership of both political parties, for decades — and has led to lifesaving advances including development of vaccines for rubella and rabies, and drugs for the HIV virus.

Officials said government-sponsored research by universities will be allowed to continue, subject to additional scrutiny.

And bonus points to the editor for the leading headline. This whole piece could be used in schools to teach about circular reasoning.