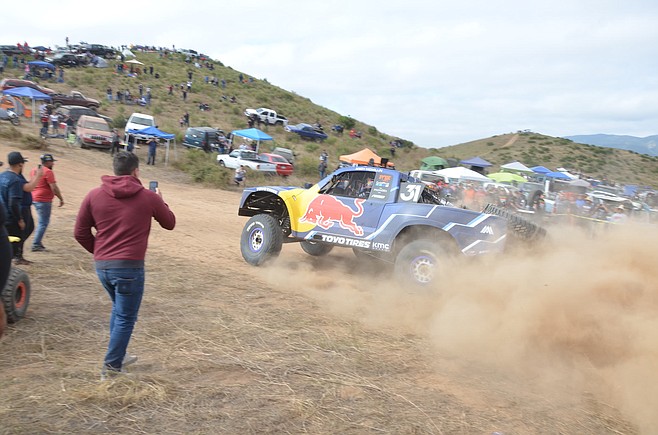 On June 1, Felipe M., a San Diego offroad photographer, drove down to Ensenada to cover the Baja 500 race for his Baja Sports fanpage. He found a remote spot and parked his vehicle close by race mile 30 of the 487 mile single loop offroad race. 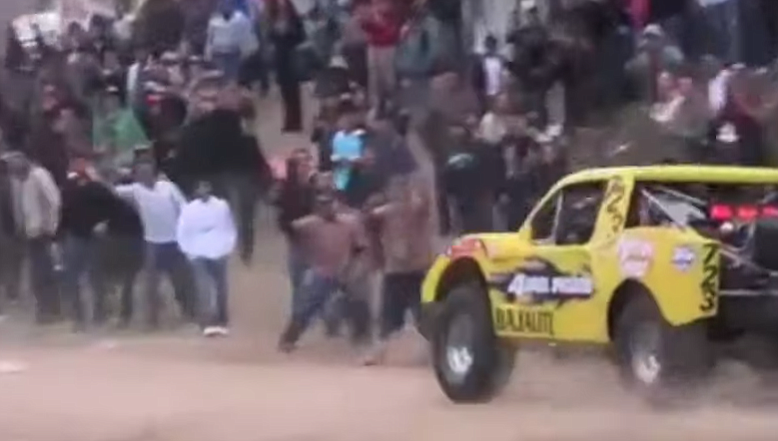 “I did not see him until the last second,” said Andy McMillin.

“We were told not to get close to the track and not be on the outside of the curves,” he said.

On May 30, race fans were warned by the municipal police, via Mexican news outlets, that if they were caught on the course disrupting the race vehicles that can zoom by at up to 140 m.p.h.speeds — they can be “apprehended and transported to the preventive [jail] cells of the nearest municipal delegation.”

In the past few Baja races, spectators were witnessed taking selfies or having their buddies snap pictures of them while the vehicles speed by.

“I did not see him until the last second,” said Andy McMillin in a 2018 Reader interview, “and it was the closest call I had. The fans down there in Baja California stand next to the race course and we call it “the parting of the seas” as our trucks approach a high-traffic spectator area.”

(McMillin, a San Diego native, was referring to a viral video posted of when he almost hit a spectator that was standing on the 2018 Baja 250 course.)

Later on on Saturday, Felipe moved his camera equipment to race mile 455 to capture McMillin pass by. Then shortly after, McMillin ended up winning the Baja 500 race with a 9:49 time making him a “6-time overall Baja 1000 champion.”

“This year, there was a lot of police presence outside of Estero Beach (start and finish line) in Ensenada,” Felipe said. “All of police were out there watching and making sure nobody messed up around there.”

A couple of days prior to the race, SCORE International, the off-road sanctioning body of the Baja 250, Baja 400, Baja 500 and Baja 1000 desert race events — posted a PSA video in Spanish and English. The one-minute videos depict older clips of spectators getting hit by race vehicles and of trophy trucks “endoing” or flipping over at high velocities. 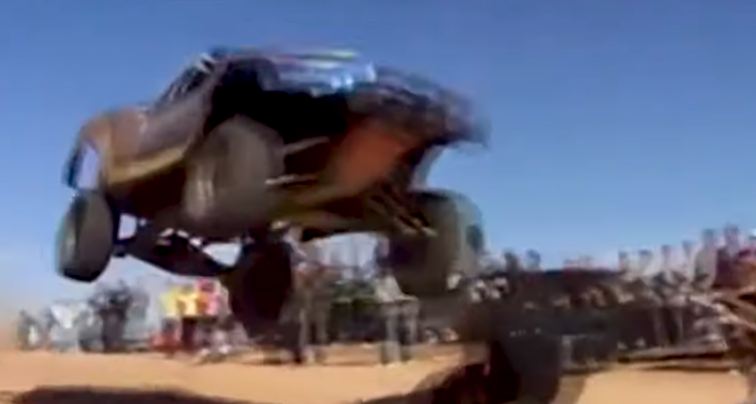 Clips of spectators hit in past Baja races

The videos are narrated by champion off-road racers stating in part: “These vehicles are going 120, 130, 140 miles an hour. If you stand too close to the course you could get injured or even killed. Please don’t stand too close to the track just because you want get a picture. Driving your personal vehicles on the race course is definitely dangerous. You know selfies are not worth your life. Expect the unexpected, especially with your children. Please protect yourself and our sport — please be safe.”

On SCORE International’s Facebook page, both of their PSA videos were shared over 1,100 times.

“Those videos helped us a lot,” Felipe said. “I didn’t hear about any spectators getting hit or arrested, and the only accidents were from the racers hitting one another.”