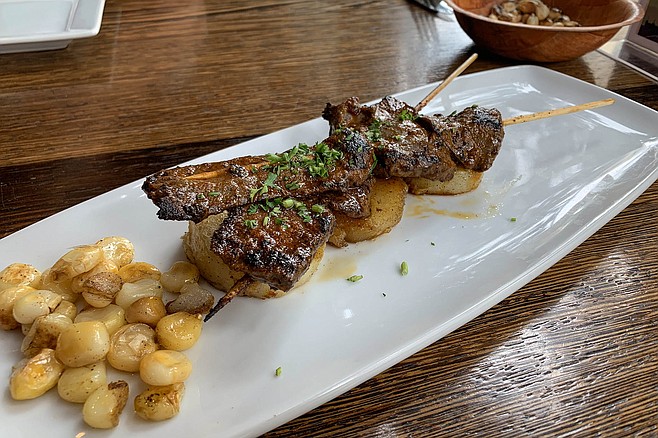 At first glance, the name Lima Restaurant struck me as generic. But in between serving tables the married owners of the new Gaslamp eatery got to telling us about how they want it to remain authentic to the experience of dining in their home city of Lima, Peru. They describe the soy sauce-based 24-hour marinade of their wok-fried lomo saltado, evidencing the turn of the 20th century Japanese diaspora to Peru, and its capital city in particular. How Lima restaurants used to serve potatoes mixed in with the sirloin steak, aji peppers, and onions of the dish, but newer generations of Limans prefer their French fries on the side, along with rice.

They won’t speak for Cusco, Arequipa, or other Peruvian cities. It’s just how a Lima restaurant would do it. Down to the array of side dishes featuring choclo, the Peruvian corn known for its huge, chewy kernels.

Along with the $15 lomo saltado they recommended the $15 ceviche, another Peruvian mainstay. Delicately denaturated in lime juice and chilis, the sole in Lima’s ceviche tastes more like sole than it does lime or peppers. We tried it against a mild to hot assortment of unique Peruvian salsas, and looked on course to follow the usual Peruvian restaurant script (there’s always rotisserie chicken after all). But then an arched eyebrow, and a good question. We looked at each other. How adventurous did we feel? 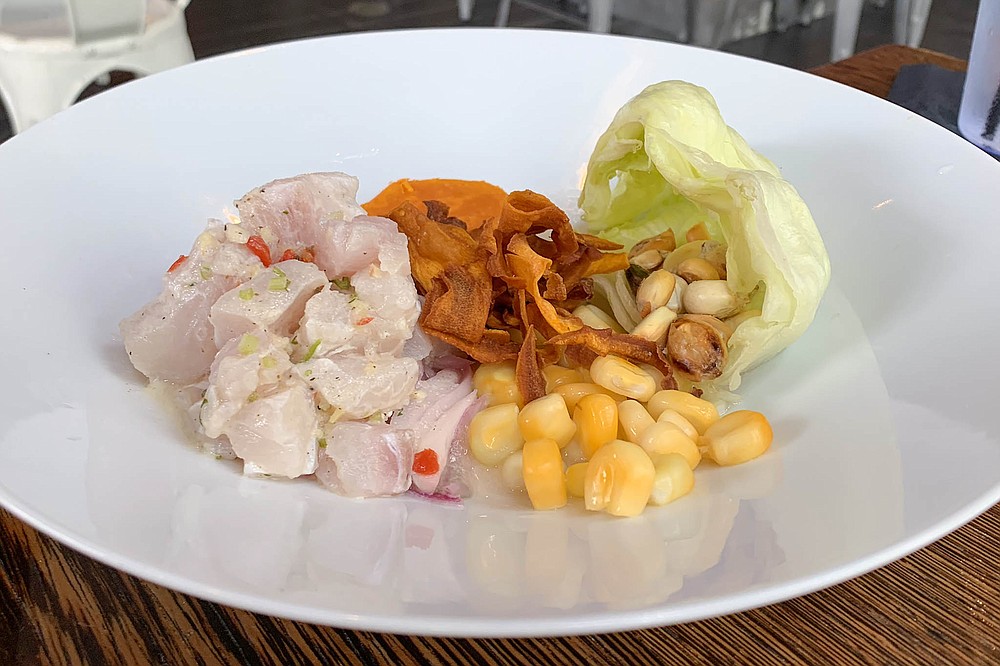 They were serving an anticuchos special this day, that being the Peruvian term for meat skewers. In this case, anticuchos de corazon. What we might call grilled beef heart.

Images flashed through my mind of a whole, arterial organ impaled on a wooden steak, but of course the plate we were served proved less terrifying. There was nothing in the visual that suggested organ meat, just a couple of narrow filets threaded by a skewer, redolent of cumin and peppery spice. 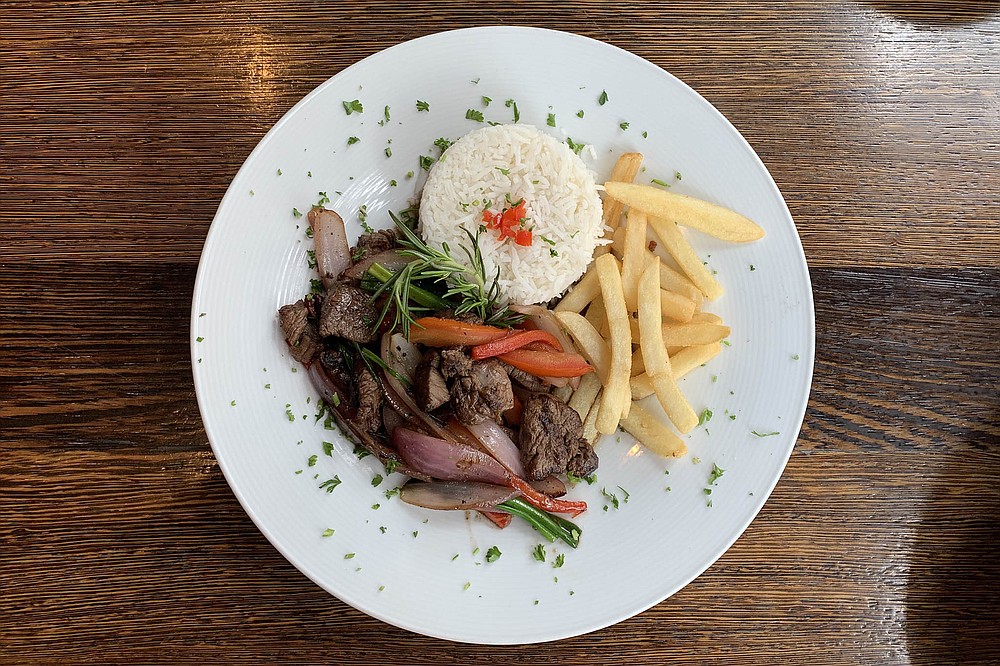 The flavor only slightly gave it away, with a bit of gaminess and tang. The texture was distinctive, firm yet not chewy, with low fat but tender. So far as organ meats go, this $8 beef heart is the least scary I’ve tried. Not that I won’t claim bragging rights, once my vegan friends are out of listening range.