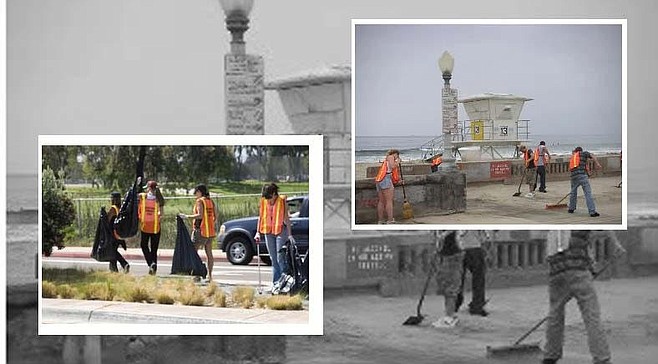 “A San Diego Police officer rolled up on an ATV and stopped us,” Steve G. said. “He told us dogs were not permitted in the park — except at certain unfathomable hours. A second officer rolled up, got out his ticket book and demanded my driver’s license and he proceeded to write up a citation — I thought he was joking.”

The incident occurred on Memorial Day at Mission Bay Park, west of the Clairemont Drive/Seaworld Drive I-5 exits. This part of the park is ranked the highest on “the most common places dog owners are ticketed in San Diego” list, published by KPBS in 2018. 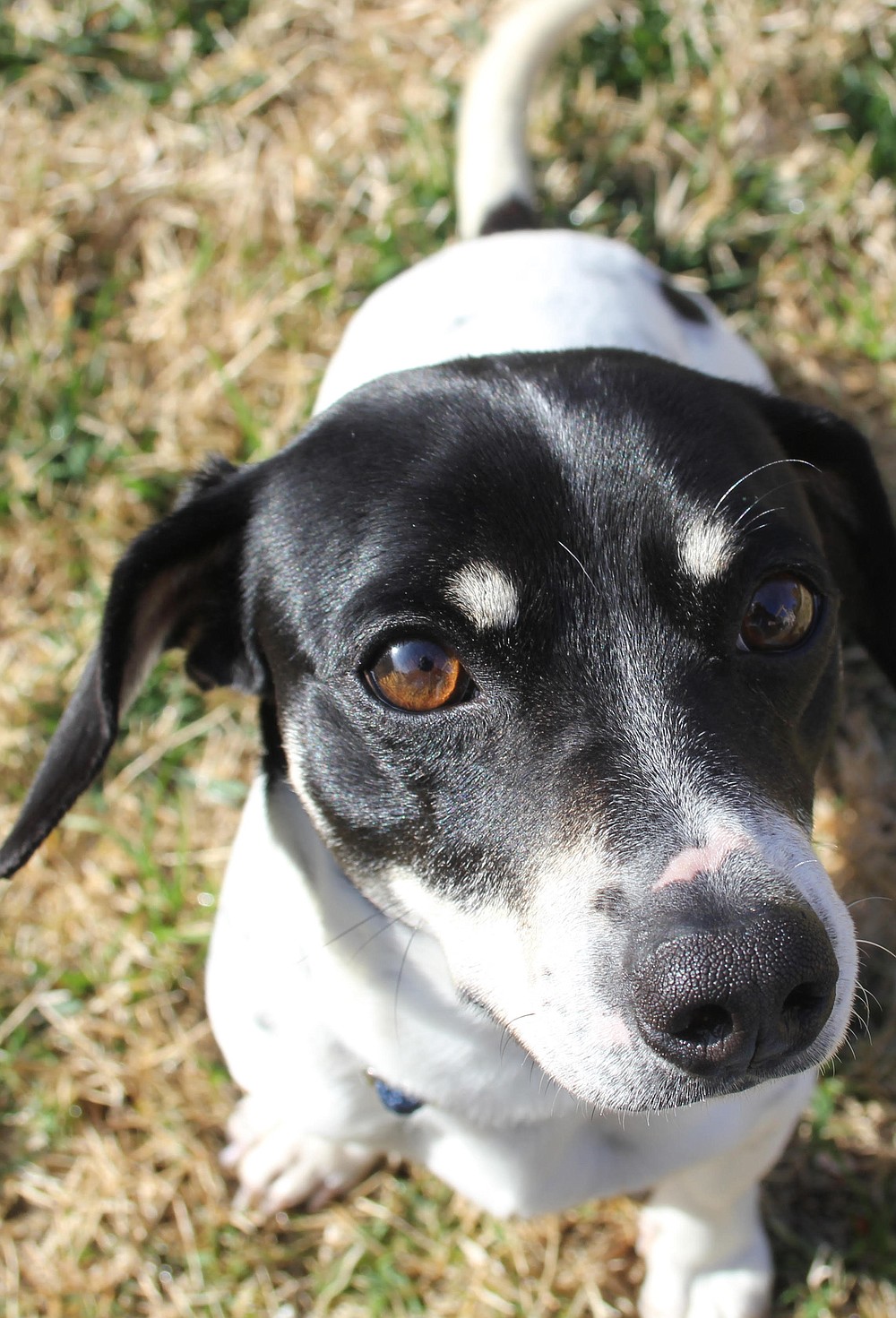 “When I was doing the community service, there were three dogs running in Mission Bay park."

“From 2015 to 2017, the city gave out more than 600 citations to people breaking some dog-related rule,” says the KPBS new report. “Just under half of all citations went to dog owners in Mission Bay.

“Some San Diegans are surprised to learn this and may be even more stunned to receive a ticket for $200 or $300” — including Steve who resides in Solana Beach, where they “have no such restrictions.

“Is San Diego really so bankrupt it has to turn its police force into armed tax collectors?” he questioned. “Is it really necessary to prey on senior citizens walking their dogs? Or is this about xenophobic neighborhood associations pressuring the city council to keep people out of “their” parks?” 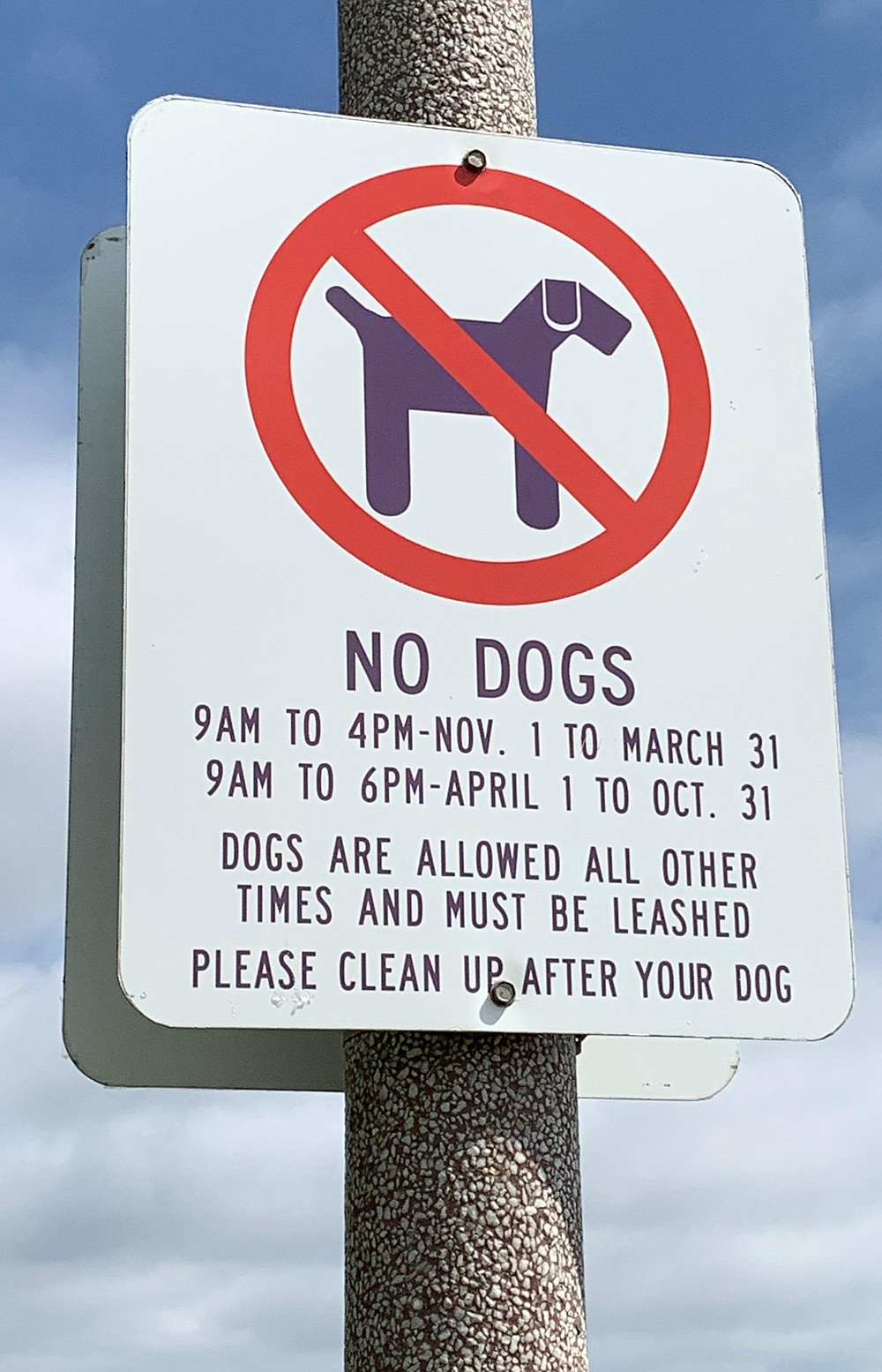 “It’s quite simple,” he said, “you must be held accountable for your actions."

Steve and his wife are one year away from retirement: she’s a teacher and he’s a medical physicist who treats cancer patients. Their dog Dudley is a mixed breed-Dachshund.

“The officer then told me I could do two hours at some sort of re-education camp [Beach Area Community Court],” Steve said, “and four hours of beach cleanup — instead of a mandatory court appearance.”

“The grant-funded program is one of ten demonstration sites in the country that was selected for its restorative justice design,” says the Community Court website. “Restorative justice is a concept that brings the community into the center of the criminal justice system, involving them from beginning to end; [the justice model] emphasizes education and making amends, and is often credited with reducing recidivism and improving the quality of life of communities that embrace it.”

In 2005 the program started as a pilot project; in 2006 it was funded by a $200,000 federal grant from the Bureau of Justice Assistance. In 2007, Anthony P. from Santee attended the program after he was cited for an open container at Mission Beach on Memorial Day.

“They (the police officers) handed me a flier [and] if I was a good boy, then I could just do some service and get that infraction expunged and be let off the hook for the fine,” Anthony said in part underneath his 4-star Yelp review of the program. “A month later I spent a couple hours …. hearing a program on the effects of alcohol on the beach community. First, a community impact panel of old homeowners discussed with us the social aspect (I’m volunteering to bring some ahem diversity to that panel). Then a somewhat graphic Powerpoint presentation by the head trauma-nurse at Scripps La Jolla about the admittedly bad things that can happen when boozing it up. Then a sermon from a police officer. Then we picked up trash for four hours on Saturday.”

After 12 years, the six hour-total program remains the same, with the exception of a mandatory $40 fee that’s been imposed since the program’s grant monies ran out in the fall of 2008.

“Do I get to wear an orange jumpsuit like the prisoners I see gathering trash on interstate highways? Will they chain my ankles together?” Steve asked.

“In the past we have cleaned up sidewalks, streets and planters,” says the program’s website. “We’ve shoveled and swept sand from the boardwalk; we’ve pulled weeds at an elementary school; we’ve spray-painted rules on trash cans and on the seawall; and we’ve cleaned up trash in the parks.”

Paul did the program after he received a $280 ticket from a park ranger for walking his dog near where Steve was cited. “When I was doing the community service, there were three dogs running in the [Mission Bay] park,” he said. “Not one of the three park rangers gave these people a ticket — this community is out to screw you.”

Besides dog and alcohol offenses, other charges eligible for the “one time only opportunity” forgiveness program, include: glass on the beach, fire ring violations, urinating in public.

The two-hour educational part of the program is held at Pacific Beach Recreation Center at Diamond and Gresham streets — north of Grand Avenue. The volunteers will receive a time and date of the educational segment after he/she has registered online or called the phone number listed on the site.

Neal tried calling the number, but said under a 1-star Yelp review that he couldn’t get “someone on the phone.

Steve emailed his sentiments to city councilmember Jennifer Campbell; as of presstime he did not receive a response.

“Apparently Pacific Beach has persuaded the city of San Diego to criminalize any behavior they don’t like, such as using city parks in that neighborhood.” he said. “It strikes me as similar to the behavior of ‘surf gangs’ who attack and injure any outsider who attempt to surf their private break — except this is with full cooperation of law enforcement authorities.”

A jogger that frequents the waterfront paths of Mission Bay Park, Pacific Beach, and Mission Beach, jurisdictions that the community court covers — doesn’t agree with Steve and the 1-star Yelp reviewers. “It’s quite simple,” he said, “you must be held accountable for your actions on or by our beaches — period.”

Steve said he will attend the two-hour class and perform his four hours of community service. “I am a committed environmentalist going back to the first Earth Day when I was in college in 1970,” he says.

From a B&R perspective ... I don't like the rules either but i guarantee you if they were not in place you would have a bunch of tough guys hanging out with pitbulls... soooo this is the trade off.

Yet bums are free to defecate everywhere.

The homeless have an unenviable form of immunity. You could give them a ticket, and perhaps arrest them when they are unable to pay - at which point their life improves, since they will then receive free housing, food, and medical care.

For a homeless person, ignoring their wretched state is literally the cruelest punishment you can mete out.

Yes. There used to be public bathrooms, open all night. The ones at the beaches and bay had showers. The cost of repairing the vandalism that closed them is probably now overshadowed by the cost of dealing with the diseases spreading.

Just more reason to move out of San Diego.

I escaped in 89, but come back a few times per year. You can spot the decline better when you distance yourself.

calling all entitled people! please pick up after your dogs! And, stop littering your cigarette butts! thank you.

IMO the fines exist because the City has learned that many (not a majority - but enough) dog owners abuse public parks by:

I have 2 dogs. I do not feel that my dogs have more rights than children and adults. I don't take them to crowded parks where they are not comfortable on-leash, nor would i want to.. I do not expect people to tolerate dogs barking, or invading of other's spaces. Not everyone likes dogs , and many fear them. Off leash parks in or very close to PB:

The fines are not a "gotcha" they are the consequence for breaking rules meant to ensure safety and public health. Follow the rules and stop playing the "woe is me" victim card. It's pretty lame. If you don't like the law advocate for a change or for more off leash parks.