Half a sandwich looks good at Son of a Toast 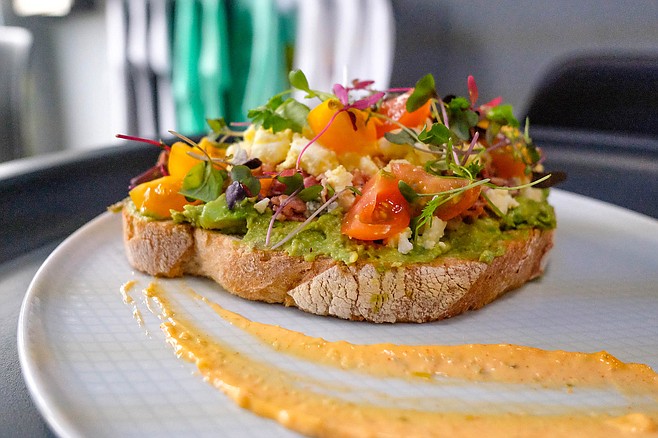 If you’re going to like Son of a Toast, first you’ve got to appreciate the concept of toast. It’s the same thing we used to call an open faced sandwich, except, explicitly, the bread in the equation gets toasted. We can argue all day about how necessary it is to include a second slice of bread, but the bottom line, and the reason toast has become a latter-day phenomenon, is that photographing a sandwich doesn’t let you see all the good photogenic stuff trapped between slices.

Son of a Toast

The Corbala brothers, who opened Son of a Toast not too long ago in North Park, would know a little something about the relative photo-friendliness of sandwiches. They were responsible for launching the Grater Grilled Cheese chain, which they’ve subsequently sold, and is now slowly expanding through southern California. With the new place, they’ve taken the top off a menu of sweet and savory would-be sandwiches, revealing playful and often visually satisfying dishes. 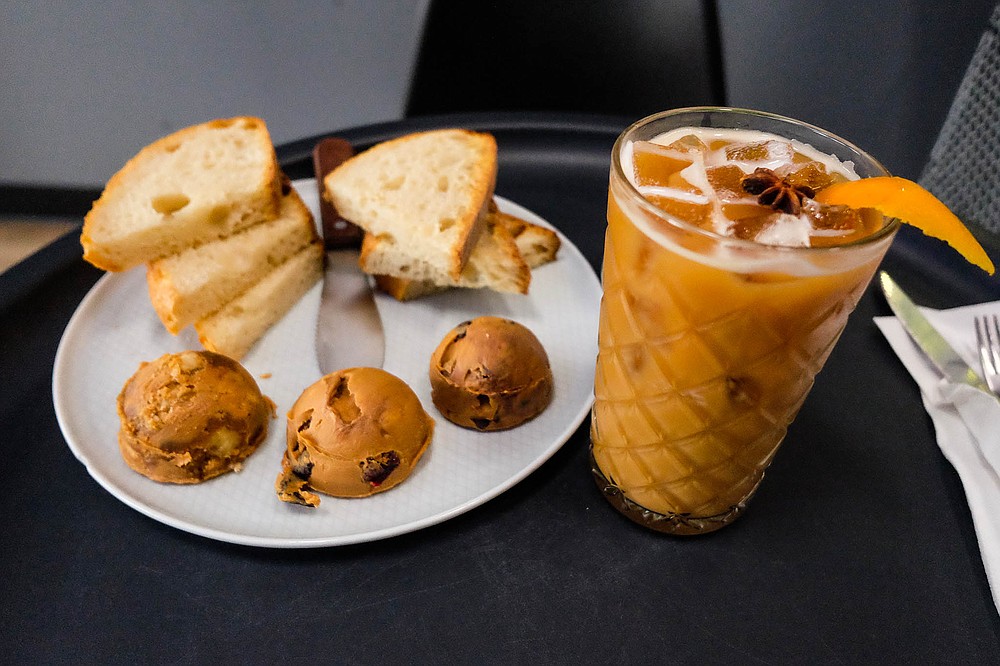 The butter flight isn’t much, but pairs well with CBD cold brew.

For example, the Bourdain toast pays homage to the famously seafood loving foodie icon with smoked salmon, crème fraiche, onion, capers, and dill ($11). On the sweet side of the menu, the holy berry toast places strawberry and blueberries on a spread of Greek vanilla yogurt ($8). Whether multigrain, French, or sourdough, the bread underlying all of their toast creations hails from local Sadie Rose Baking Co., which any bread-loving San Diegan will know to be a terrific choice.

Most popular is the brown derby toast, for reasons that will become obvious. The savory construction starts with a toast must: smashed avocado. To this they add “muddled egg” — which might be called smashed hard boiled egg — tomato, bacon crumbles, and blue cheese ($9). A smear of spicy aioli on the plate adds to the appeal. 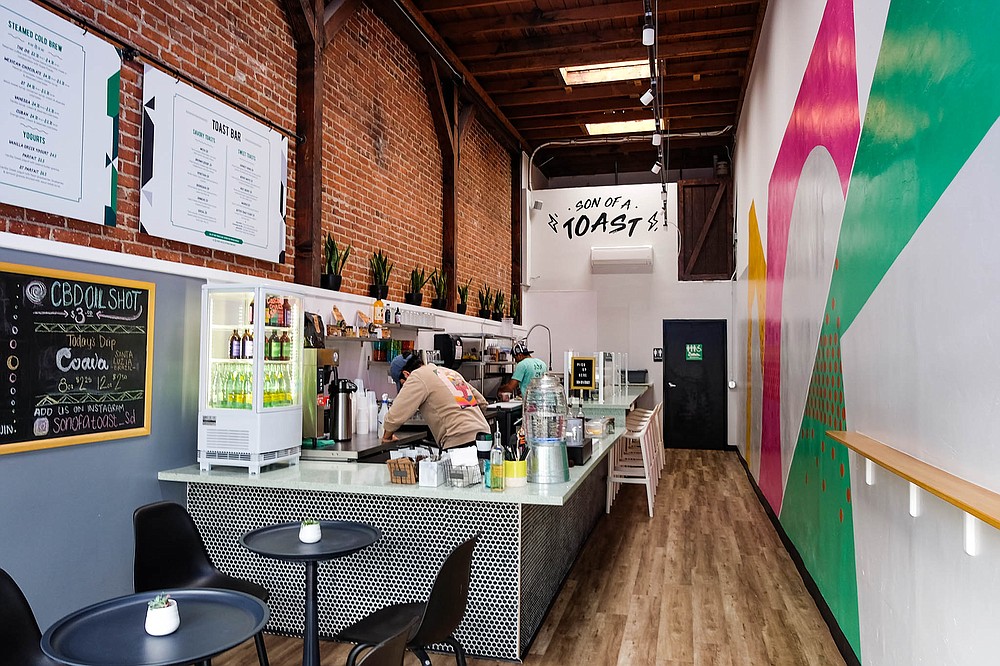 A toast-centric restaurant for North Park

I enjoyed eating it, and I especially enjoyed photographing it. You can take a high angle to better feature the toppings, or swing your camera low to emphasize the dusting of flour or crinkles in the crust. Now that we’ve all become photo hobbyists in this smart phone era, food presentation has taken on new life, and the concept here plays right into it.

Which also means, think what you will about the trendiness of toast, it gives a restaurant’s ingredients no place to hide. These guys can’t use browning avocado, nor wilting greens. They’re stuck keeping fresh ingredients on hand, and sourcing to please, such as the Madrid toast, which combines fig jam, manchego cheese, and prosciutto de parma ($11).

A second specialty here connects another trend that definitely resonates locally: cold brew. They treat the house cold brew (custom concocted by frequent farmers market purveyor as a base for coffee cocktails. Thus the old fashioned incorporates angostura bitters, simple syrup, and orange peel. The most popular, ST-CBD, employs cherry bitters and cinnamon syrup with the also trending relaxation elixir, CBD oil. I can only wonder whether caffeine and CBD play well together, but knowing people who get jittery from coffee, this could be worth a try.

Trying this encouraged me to bite on the $9 butter flight, which actually refers to peanut butter. The house-made nut spread comes in three renditions: chocolate chip nutella, white chocolate cherry, and a granola banana version featuring “Jesus sweat,” which seems to be sort of a caramelized simple syrup.

The flight is served with three scoops of the peanut butters rather than pre-spread, and I’d recommend requesting your preferred breads. While I appreciated the quality of the candied peanut butters, it’ll be up to individual customers to decide whether nine bucks for a few scoops of peanut butter and bread are worthwhile. Like all toast restaurants, enjoyment here is in the eye of the iphone beholder.