Making the audience feel for Mars and Venus 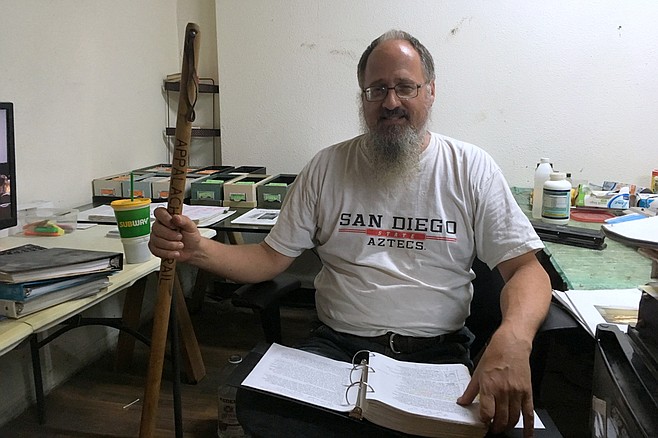 When classicist Mark Miner read that Mission Hills Town Council President Leah Shuchter was interested in hosting a Drag Queen Story Hour in the Mission Hills Library on Washington Street, he wrote her a letter offering his services. The DQSH website notes that it “captures the imagination and play of the gender fluidity of childhood,” so that kids can “imagine a world where people present as they wish, where dress up is real.” Miner, who regularly dresses in a toga and performs sections of Homer’s Iliad from memory, sought to offer “a contrast to the usual DQSH approach...exposing kids to traditional cultural material which will allow them, boy or girl, to experiment with heroic play.”

DQSH seeks to provide kids with “glamourous, positive, and unabashedly queer role models.” Because of this, Miner believes that “DQSH has taken over the role of, ‘We are the sex clowns. We will teach your kids what gender and sex are all about.’” That interests him, because he does some sex clowning of his own, including “a suite of four poems which touch on the gender-identity formation process.” They include Catullus’s Cybelle and Atthis, with its “trans ecstasy and trans regret;” Pindar’s first Olympian Ode, in which the beautiful boy Pelops is ravished by Poseiden and then gets the god to help him win a wife; Book III of The Odyssey, which depicts the plight of fatherless Telemachos when it comes to dealing with his mother and her suitors, and Ovid’s tale of Daphne and Apollo, “in which Apollo goes from relationships with boys to falling for a girl for the first time” after Cupid shoots an arrow into his heart. 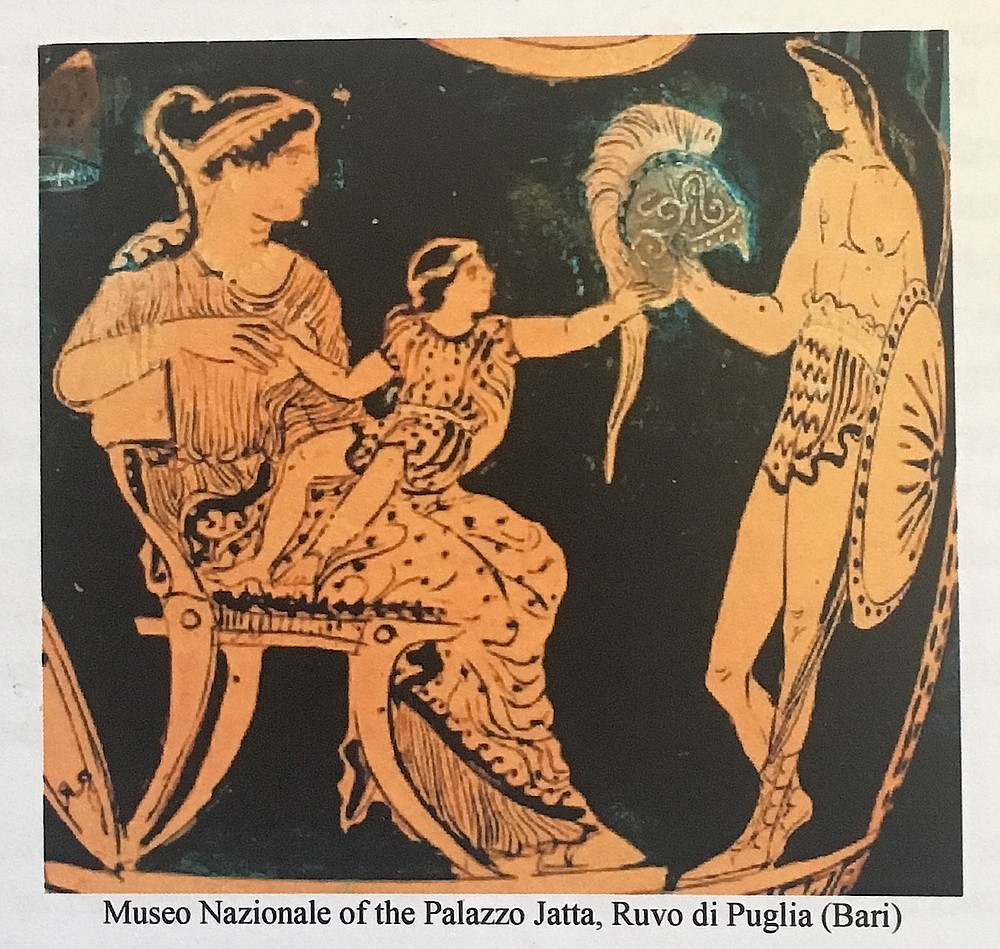 Miner calls this scene from The Iliad “emblematic of the work of gender. The child is physically on his mother’s lap, but his left hand is stretching out toward his father’s helmet. She has the child’s weight, but the father has his gaze. You should be feeling the tension; the child is part of his mother’s world, but he’s moving toward a future because of the salient male.”

In his role as clown, Miner “re-enacts all these adolescent moments in a way that makes people laugh. I capture the supercharged intensity of the moment, preserved in poetry” — being admired at the gym by other males, noticing a girl for the first time, etc. “When they’re happening to you, it’s tragedy; when they’re happening to crazy old Uncle Mark with his long gray beard, it’s funny. When Apollo is chasing this girl and trying to lay hands on her, it’s hilarious, because he’s an incompetent douche, and she’s so father-bound she becomes wooden. It’s safe, because I’m playing a cultural role.”

Given the poems’ emphasis on the “flow and transformation of libido,” it’s no surprise that Miner wrote Shuchter that he celebrates “DQSH’s agenda of allowing young people to explore their gender fluidity, within reasonable bounds.” He sees the Story Hour as a helpful tool for initiation, which “has always been about telling stories that codify a particular culture’s relationship to sex and violence. I use classical story-telling to talk about the raw violence and raw sexuality which Christianity” — and the culture it helped foster in America — “denies. To make the audience feel for and with Mars and Venus — the human appetite for War and Love — so that they know their need for Redemption.”

Redemption? Miner is a Christian as well as a classicist. He still hopes to hear back.

You read about some of the crazy stuff that the ancient Greeks believed, and it's pretty clear that St. Paul had his work cut out for him.

Small editing comments and clarifications: "Moving towards a MASCULINE future because of the salient male.” The gender-development process does have a characteristic telos, a goal.

About 80% of my energy goes towards heroic poetry (Iliad, Aeneid, Beowulf, Sir Gawain, etc) and 20% goes towards gender-identity formation poetry. When the heroic energy begins to manifest in teenage boys and isn't grounded in proper cultural forms and projects, we get school-shooters.

There isn't a school-shooter in history who wouldn't say, on hearing the Iliad recited properly, "AT LAST, someone understands how I feel!" I don't say that setting American boys to learning the Classics, as they did in Georgie Babbitt's day, would end school shooting. I do say that a general knowledge of the Classics would stop all this terrible feckless hand-wringing from parents and community leaders about "We have no idea why more and more boys are doing this!"

"Cybele & Attis" are the forms preferred by Dr. Genovese, who did his thesis on the poem.

Boys need masculine role-models, but Baby Bear must not be given porridge that is too hot or too cold. I do Odyssey II (not III) as my example of porridge-too-cold. Telemachos has a heroic fathering behind him, twenty years ago, and a heroic destiny ahead of him, when Odysseus comes home, but in Book II he tries to rally the Ithacan townsfolk and fails, not being Odysseus, a mature heroic male. Pindar's Olympian I is porridge-too-hot, with Poseidon GRABBING Pelops to do -- wink-wink, nudge-nudge, what Zeus did to Ganymede.

We learn the AUREA MEDIOCRITAS, the Golden Mean, by learning stories of the excesses.

San Diego's DQSH, as reported here, was fairly tame. My deployment of the full panoply of Classical Poetry should be taken in response to the DQSH phenomenon as a whole, as documented by Mass Resistance.