The other Gaglione Brothers sandwiches 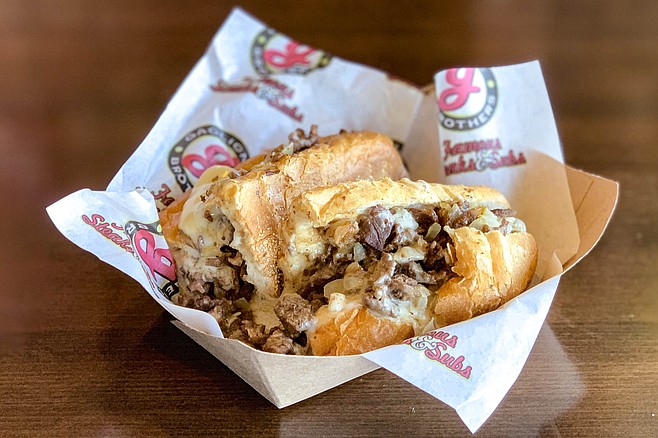 I’m hardly the first Reader contributor to praise Gaglione Brothers cheesesteaks. Heck, I’m not even the first Feast writer named Ian to do so. The grilled, thinly sliced ribeye steak and lightly crispy crust of the sandwiches have never had a problem winning fans. And even an American cheese naysayer like myself can recognize the stuff works great in this context. I might even go as far to say I’ve never enjoyed American cheese more than when eating a Gaglione cheesesteak. It’s possible they do the same for cheez whiz, but a cheese snob has got to set limits.

I prefer the Grantville location to the original Point Loma spot. It’s a little smaller, but more finished and homey, especially with family photos of the namesake brothers arranged on one brick wall. But the menu runs the same at both places, and it keeps surprising me that the menu does not only feature cheesesteaks. There are other sandwiches. 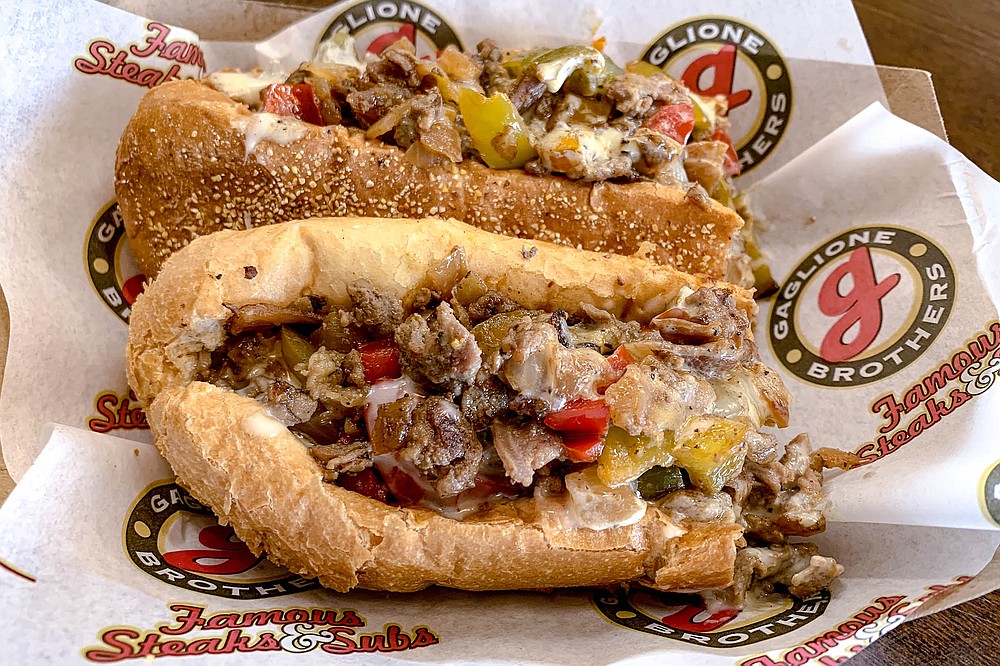 A ribeye cheesesteak with sweet peppers

Mainly I’m surprised because a visit to Gaglione Brothers tends to be something that happens when you already crave cheesesteak. I might walk in and examine the non-steak sandwiches available to me while standing in line to order. But when I reach the counter, there’s no way I’m foregoing that most famous of Philly sandwiches, grilled onions included. The only question remains whether I order it with or without grilled peppers, either hot or sweet. 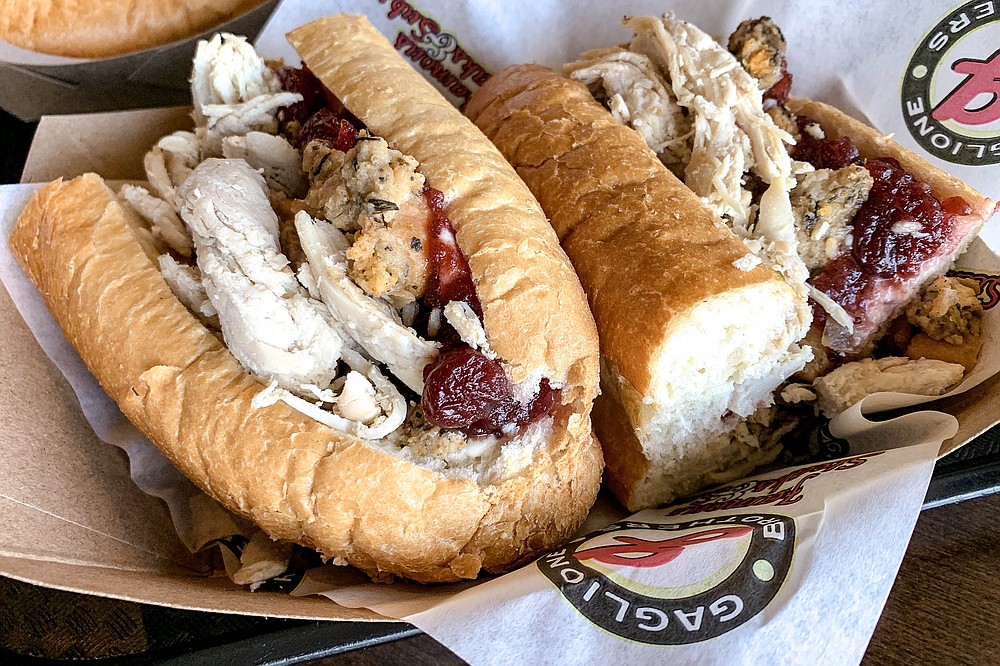 The "Turk," with baked turkey, stuffing, and cranberry sauce

Curiosity got the best of me, though, and I started ordering other sandwiches on the menu, just to see. I went for the Sophia Loren, their traditional Italian sub, featuring capicola, Genoa salami, and pepperoni with provolone cheese. It’s a classic sandwich, and when you order it hot, look, you get melted provolone: actual cheese! 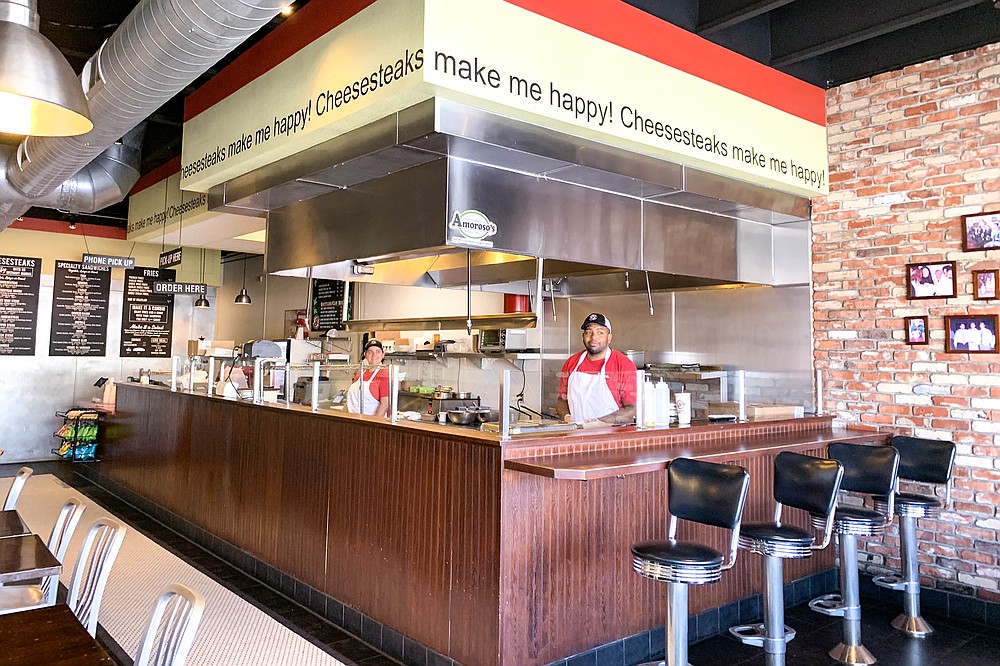 The Grantville location of Gaglione Brothers

The only conceivable problem with this sandwich was the cheesesteak sitting next to it. I wasn’t going to visit Gaglione Brothers and not eat one. I ordered the smaller, a.k.a. 9-inch versions of each sandwich (as opposed to 12- or 18-inch sizes), and though its namesake actress outshone any beefcake they paired her with, this Sophia Loren just couldn’t compare to the cheesesteak.

It was deja vu when I tried a hot sandwich called the Turk: baked turkey with stuffing and cranberry sauce. As one might expect, the chunks of turkey resemble Thanksgiving leftovers piled together onto a roll. Though not the prettiest sandwich, it checked all the right boxes. I enjoyed it. But it was just the opening act to the cheesesteak headliner. I might sit through it politely, but only the ribeye would bring me to my feet.

The Gaglione Brothers serve meatball subs, pastrami, and Buffalo chicken sandwiches, and from any other sandwich shop they might stand out. But here they’re at best appetizers. Cheesesteak will always be the main event.

I consider myself a cheesesteak connoisseur and Gaglione is my favorite hands down. I get a 12" Mushroom Steak, add jalapenos and dump a bunch of these sweet peppers they have in the toppings bar on there. It never lets me down.