The best Croque Madame I can remember

Part of it has to be the rosemary thing 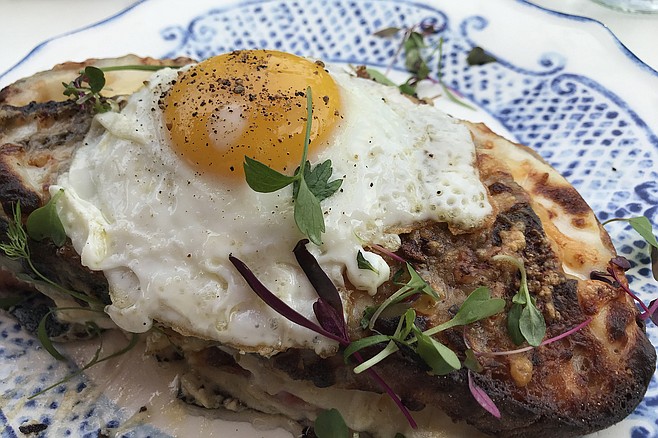 One day in Prague, in the Czech Republic, Mary Frese decided to explore a cobblestone alley. She came across a rustic hole-in-the-wall bakery. “It was a place where you leaned in through the window to order your coffee and pastries.” She was enchanted by the old world charm, and the fact she could see them baking everything on the spot. “I thought: I should start a place like this back home.”

Which is how come I am here, sitting on her brand new sidewalk patio surrounded by lavender planters, drinking the biggest cup of cawfee you ever did get, at least for $3, and hey, out of a Le Creuset cup (a pretty cool French cookware company), dunking brown sugar lumps into the steaming black lake. The lavender makes the air sweet and interesting. Aah. Life is good. This is Clayton’s Bakery and Bistro. Brand new. Of course, there’s also Clayton’s Coffee Shop, Coronado’s ancient and hugely popular diner a block away at 10th and Orange. That’s Mary’s too. “But this is a bakery. I’ve wanted to do this for decades, ever since my mom and granny Franny taught me everything in the kitchen. They were from Tennessee.” 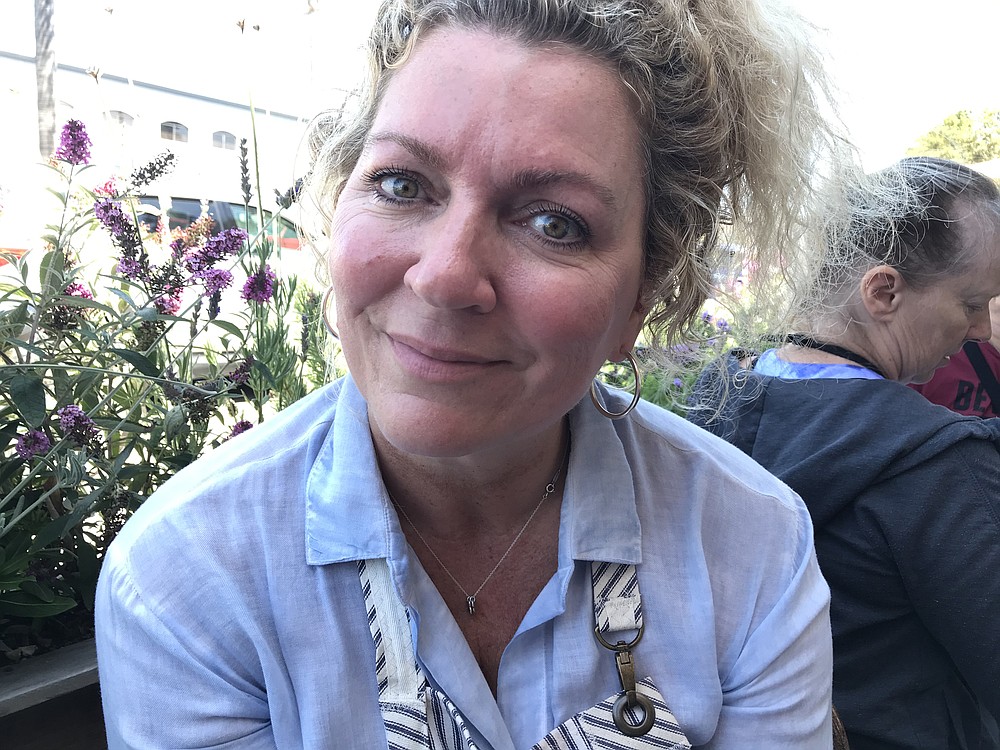 Southern hospitality. I guess that’s what I’m sensing here. For starters, Mary has designed this new cafe herself. “It’s the 1900s cafe vibe. I want to connect with that.”

She might just have succeeded here. Inside, it looks like how I imagine that Prague bakery. Lots of funny looking gateaux, bizarre-looking coffee machines, ovens, and chefs and runners working them, pulling out steaming breads, shots of espresso, calling out orders.

Meanwhile, I’m waiting to connect with my Croque Madame, aka “Madam Crunch.” It’s the famous French sandwich they always have in France’s grab-and-go spots on the boulevards. Except, what was just a slab of cheese, a slice of ham and two bits of pain de mie — soft bread, maybe toasted — has become really cool and sophisticated all over the world. 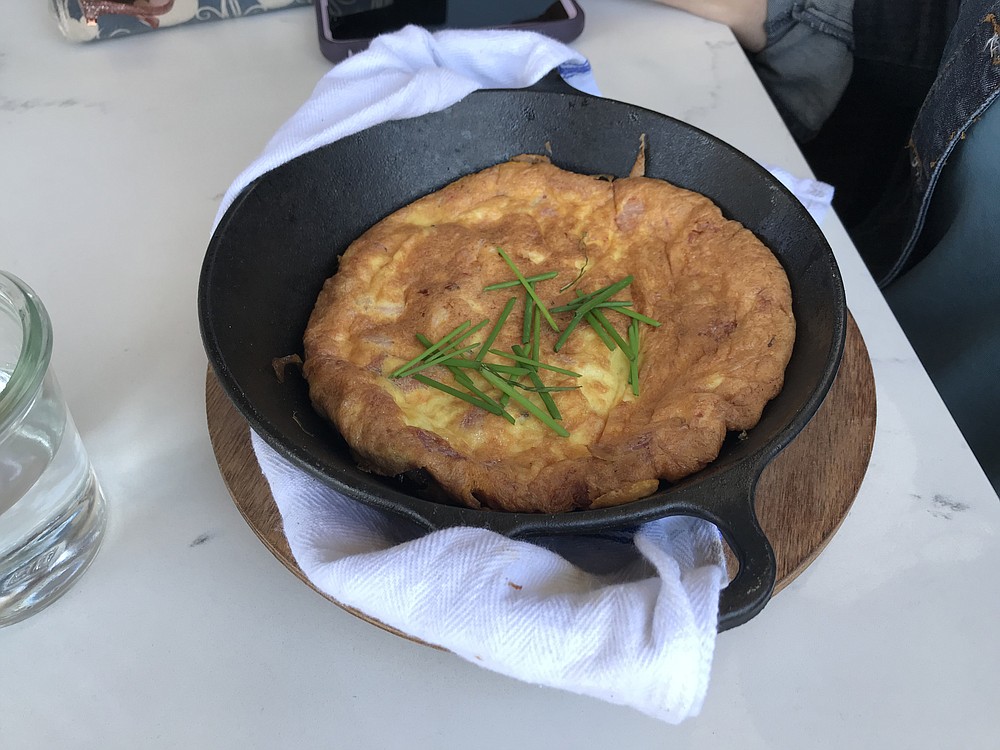 This one here ain’t the cheapest. It’s $14, but Ryan, the server, swears it’s worth every last cent.

Hmm. I smell the lavender. I sip the coffee. Turns out this place has just soft-opened, doesn’t yet have its beer and wine license, isn’t open for the late suppers it’s promising. But right now, around nine in the morning, the word seems to have gotten out anyway. Every table is taken, inside and out. There’s excited chat everywhere.

So I check the menu. Of course it’s bakery-centric. Soups, salads, sandwiches. I’m tempted by a French press coffee, but it’s for two ($8). Also they have Turkish coffee, but also for two and also $8. So I stick with my French Roast. Cheapest nosh is probably toasted French bread with peanut butter and jam for $6. Toast with prosciutto, fontina cheese, and fig jam is $9, two bucks more if you add an egg. But beyond that, they have crepes for $12, $13, and something called Dutch Baby. “It’s like a German pancake,” says Ryan, when I ask. Huh. Never heard of that before. Costs $12.

Mary Frese is doing the rounds, checking on everybody. “Dutch Baby’s actually just flour, eggs, water,” she says. We bake it in an iron dish. It soufflés! We add powdered sugar, lemon, and butter. A lot of people don’t know about it.” 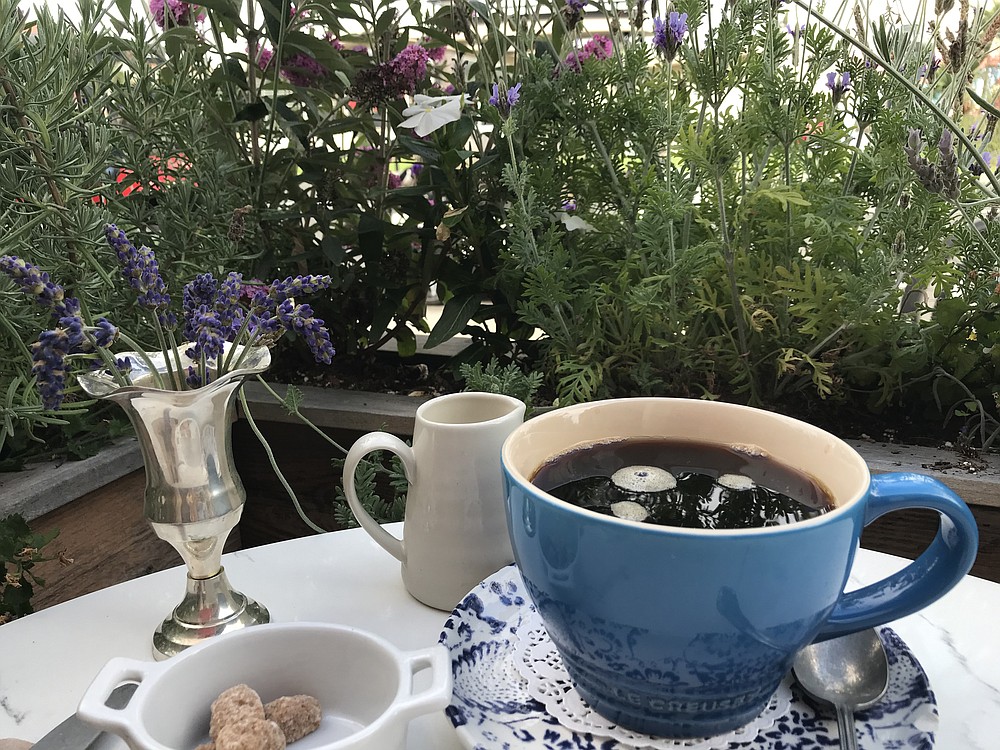 They have quiche with potatoes or fruit ($13), and frittata (ham and cheese, or mushroom, thyme, and goat cheese) for $13. But I’m hooked on the Croque Madame, because it mentions rosemary ham, gruyere cheese, and egg all on sourdough bread.

“You won’t be disappointed,” says Ryan. And 15 minutes later, he brings out this great raft of grilled, blackened cheese with craggy chunks of sourdough, creamy béchamel, and more melted cheese in the middle, on top of pink waves of rosemary ham. And that golden summit of the egg on top.

But the magic is in the taste. Not sure if it’s the cheese or the crunchy sourdough, because everything seems to be melded together. It is so rich, but there’s a base note giving it twang. Mustard? 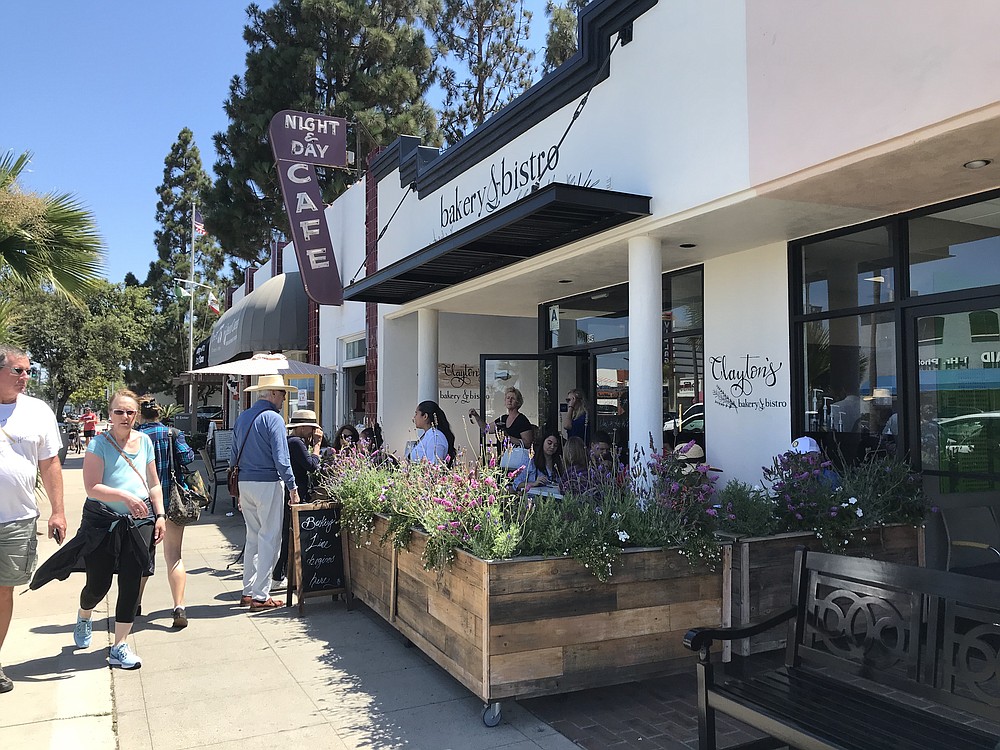 New kid on the block, right next to one of the island’s oldest institutions

Part of it has to be the rosemary thing. ‘We get the rosemary ham from an Italian deli,” says Mary when she comes around again. “And yes, there’s a hint of Dijon mustard, and the béchamel and of course the gruyere, and the sourdough flavor. Because what we do is make the sandwich the night before, wrap it and keep it refrigerated until the morning, so all the flavors have time to fuse. That’s the secret. Then only after we get an order, we bake it.”

Croquer means to chomp, chew, in French. And it sure describes this luscious monster.

Mary says one of her original collaborators has been Chef Ira Sylvester, who came here from, hey, the Lodge at Torrey Pines. She says he helped develop this croque.

They actually have three menus here, “Early Morning,” “Mid Day,” and “Supper.” Supper’s going to take a while to launch.

“We’re waiting till our wine and beer license comes through,” Mary says.

Mid Day has French onion soup at $8, a Caesar salad for $9, and hoagie sandwiches from $9 to $11. A fried shrimp Po Boy costs $13, sounds delish. For supper, they’ll be talking expensive entrées like New York strip loin ($36). But you can still get that $8 French onion soup. And anyway, right now I’m coming back for one thing: Madam Crunch. Think I can say: this was the best croque — Monsieur or Madame — I can remember.

Wonder if they can do as well in Prague?