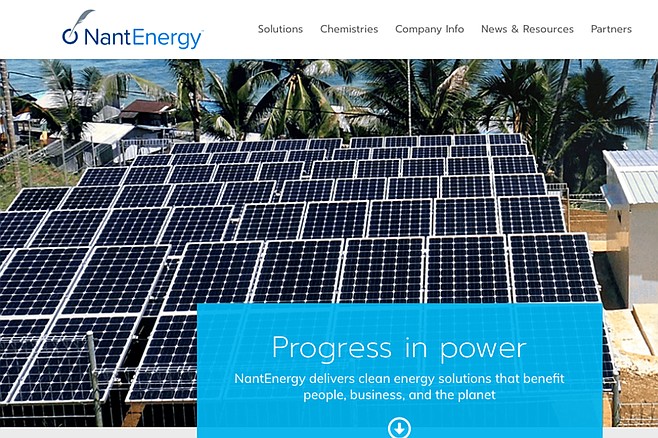 On July 16 the Union-Tribune, owned by Los Angeles billionaire Patrick Soon-Shiong, ran a half-page advertisement touting the merits of Soon-Shiong’s NantEnergy. “NantEnergy offers innovative Energy Storage Solutions that deliver healthy outcomes for your business and the environment,” the ad asserts, without disclosing the U-T owner’s role. “Our battery-based energy storage systems last longer, save money, and are more environmentally-friendly than anything on the market today.” 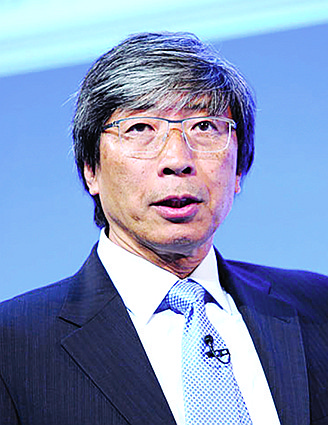 Patrick Soon-Shiong uses his newspapers to promote his business.

In reality, environmental controversy surrounds a hard-to-get element used in NantEnergy’s wares. That story was reported May 7 by the Los Angeles Times — also Soon-Shiong’s property — in a piece headlined, “A war is brewing over lithium mining at the edge of Death Valley.” The Times account relates that the elemental quest has “generated strong opposition from the Center for Biological Diversity, the Sierra Club and the Defenders of Wildlife, who say the drilling project would be an initial step toward the creation of a full-scale lithium mining operation. They say lithium extraction would bring industrial sprawl, large and unsightly drying ponds and threaten a fragile ecosystem that supports Nelson’s bighorn sheep, desert tortoises, and the Panamint alligator lizard, among other species.”

Notes the dispatch: “Dr. Patrick Soon-Shiong, the owner of the Los Angeles Times, is also the chairman of NantEnergy, an El Segundo-based firm that has developed a rechargeable zinc-air battery, as well as a hybrid zinc-air and lithium-ion battery.” He isn’t quoted.

San Diego Sheriff Bill Gore, who grappled with accusations made by last year’s challenger Dave Myers about in-house warfare regarding body camera procurement, is seeking to hire a group of professional “team builders” to change the climate. “The San Diego County Sheriff’s Department, Wireless Services Division, requires the services of a Team Building Consultant to provide an all-day event for WSD staff,” says a July 11 request for quotation. “The goal of the team building event is to create a functional working group that enhances the communication within the group, changes perception of individuals and trust to work as a team towards achieving WSD goals, and develops respect for individuals’ opinions and decision-making skills to create an inclusive environment and greater commitment to the WSD as a whole,” per the document. 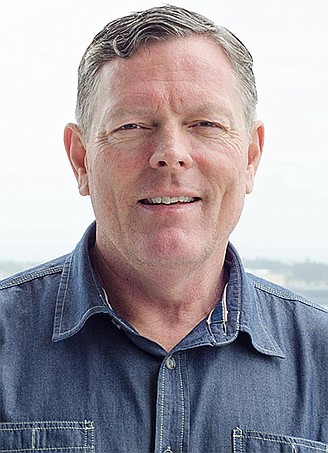 Dave Myers’s accusations may have led to team-building efforts within the Sheriff’s Department.

A pox on both parties

National City is on the list of California municipalities whose voters have been abandoning both Democratic and Republican Parties for the ranks of those declaring they have no party preference. In a decade, reports the Sacramento Bee, National City’s no-preference voter ranks have jumped by almost 14 percent, from 23 percent in 2009 to a record 36 percent this year. Topping the conversion percentage list is the town of Lathrop in San Joaquin County, with a 16 percent hike to about 32 percent from 17 percent, followed by Riverside County’s Coachella, up 15 percent to 25 percent from 10 percent, and Imperial County’s Calexico, up from 19 percent to 34 percent. Imperial’s El Centro also made the no-preference list, with a 14 percent boost from 16 to 30 percent. “Among the roughly 300 California cities with at least 10,000 registered voters, the number of voters declining to state a party preference grew by about 1.8 million, or 64 percent, from 2009 to 2019, according to the California Secretary of State,” the Bee reports.

A solicitation that could have been inspired by Buzz Lightyear is looking to replace a recently-departed Union-Tribune scribe. “The San Diego Union-Tribune is seeking a passionate, digitally savvy journalist to help foster community conversations for the opinion team in San Diego and beyond,” says the notice, in apparent homage to Lightyear’s “to infinity and beyond” line in Toy Story. “You could be engaging on social media or creating podcasts one day, writing for the newspaper the next.” 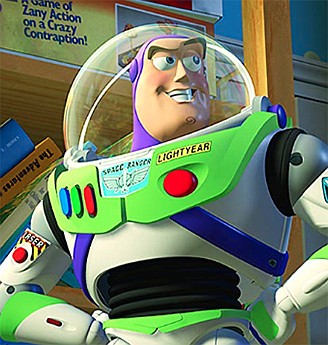 Among anticipated responsibilities are “interviewing newsmakers, experts and others for multimedia storytelling in all of its many formats,” and “facilitating conversations with people in person and on social media and sharing their myriad opinions.” The vacancy was created by the sudden departure of the U-T’s “engagement editor,” Luis Gomez, who announced without elaboration in a June 21 Twitter post that July 3 would be his last day at the paper... Extreme danger could be lurking in the San Diego’s Sanitation and Safety operations, per a quarterly hotline report by interim city auditor Kyle Elser. “An allegation that included a reference to a weapon was immediately referred to HR and the Personnel Director,” says Elser’s brief account, designated “open/unresolved,” regarding a June 10 phone tip.

The first thing you need to know about "team building" is that s**t never falls up.