He changed his name in February 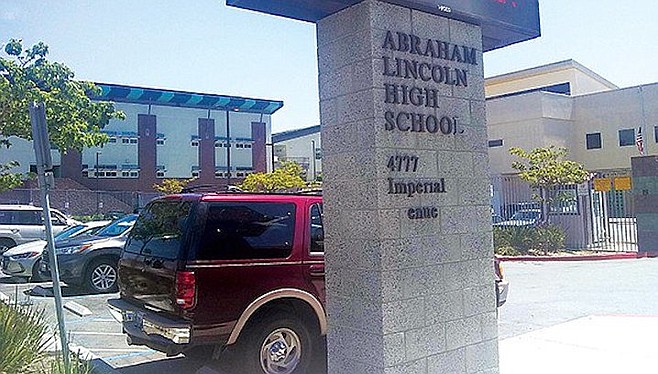 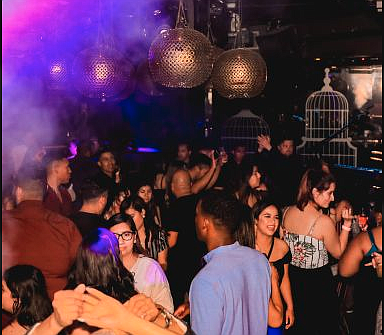 Onyx nightclub. He says they met at a nightclub the summer before, not at Lincoln.

According to a lawsuit filed against him: “From 2012 to 2014 [San Diego High] principals Dianne Cordero and Gretchen Rhoads observed...Cajica...flirting with underage female students... Cordero [followed him] around campus…to monitor his…inappropriate behavior…

"Rhoads described...Cajica had a ‘creepy vibe’ like he should not be hanging around young children.” (Cajica says there is no truth to what they were thinking about him.)

After hearing the news, Rhoads reportedly emailed Cordero, “Guess he was tired of us getting in his bidness!” Cordero reportedly replied, “We were ruining his game.” (Cajica says he transferred to keep an eye on his soccer players.)

The lawsuit alleged Cordero and Rhoads did not inform Lincoln administrators of Cajica’s “prior inappropriate behavior” at San Diego High and the district had no policy requiring them to do so, a failure that may have contributed to what happened next at Lincoln.

According to the lawsuit, filed by a Lincoln High student, Cajica met the plaintiff in her third period math class in the fall of 2015. She alleged Cajica gave her “extra attention” and would “walk with her to class and frequently have lunch with her.”

Then Cajica allegedly created a manager position for the soccer team so he could recruit the plaintiff and “gain access to her more frequently.”

“[In December 2015 he] used Facebook to arrange a meeting with Plaintiff where he picked her up and took her to Onyx Night Club in downtown San Diego.”

The plaintiff alleged Cajica took her to his home that night and committed statutory rape against her.

Cajica admits he was with the underage student at Onyx and brought her to his home that evening but says at the time he thought she was over 21. He says they were both intoxicated and he denies having sex with her.

He says they met at a nightclub the summer before, not at Lincoln, and they were never in the same class at Lincoln. He says he found out she was a minor and a student at his workplace after they went to Onyx together.

(A protective order reportedly prevents evidence about Cajica’s and the plaintiff’s classroom locations from being released. The lawsuit alleges the school district “produced hundreds of pages of documents identifying minor witnesses.”)

In February 2016 the mother of the high school junior reported Cajica to Lincoln administration after finding inappropriate texts on her daughter’s phone. (Cajica admits to the texts.) He was suspended from his special ed job and replaced by a new soccer coach.

But he continued to coach in youth soccer clubs. On December 10, 2016 soccernation.com published a list of 2016 Presidio Cup champions. Cajica was the coach of a champion boys soccer team with Point Loma’s Riptide Soccer Club.

In 2017 he coached for Chula Vista Futbol Club and from 2018 to the present he reportedly worked for Rebels Soccer Club in Chula Vista.

The president of Presidio, a San Diego youth soccer league, says Cal South, the umbrella association for competitive soccer in southern California, recently opened an investigation after questions were asked about Cajica’s work as a soccer coach under a new name.

A San Diego Police Department spokesperson says the criminal case against Cajica was “thoroughly investigated and sent to the District Attorney’s office for prosecutorial review.”

A DA spokesperson says, “…there was insufficient evidence to support filing criminal charges…we can only file criminal charges when we believe we can prove them beyond a reasonable doubt…”

So, Neufeld-Fernandez, what can be done to require "accountability?" How about having a DA who actually cares about this sort of abuse? If she did, this would have been thoroughly investigated, and charges would have been filed. But she doesn't care at all.

There was this case of sexual misconduct in a civil lawsuit filed against Kevin Beiser, a member of that district's board. We have yet to hear of any criminal charges being lodged, even though his employer (another local school district) has placed him on leave and is "investigating" him.

It's all up to the DA, and she's doing nothing, just as her predecessor did in so many cases of abuse and corruption.

Visduh, By any chance do you have a list of cases of abuse and corruption in which the DA has done nothing?

It's not one of those difficult cases where one adult accuses another of rape and the other defends that it was consensual. The girl was a student where he worked. If there was the interaction between them at school before they went to the club it would be easily proven through testimony of people who saw them together. Schools tend to be filled with a lot of people. Schools, especially San Diego Unified and Sweetwater, tend to be filled with mandated reporters who fail to report. This makes for a complicit culture of silence.

Some California school districts are responding to Government Office of Accountability stats via Charol Shakeshaft detailing 9.6% of students report sexual misconduct/abuse during their k-12 matriculation. That is an epidemic! We have a true sex abuse epidemic in our schools. Sadly San Diego is not addressing this issue. They are content with status quo and paying out settlements to the few victims that take them to court.

The situation is dire in our county. There are failures at every level that need to be fixed. 1.) At the school site and district level; need prevention training that is thorough and bold such as found at Taalk.org and 8 Ways to Create Their Fate Protecting the Sexual Innocence of Children in Youth Serving Organizations by Diane Cranley.

2.) Developing school district policy that defines boundaries that protect kids. ie text/social media/personal email rules; transporting students in personal vehicles; no isolating students alone with an adult etc. Making violations fireable offenses so school officials can effectively separate an offending adult from kids even if the DA does not prosecute. Some offenses are unsafe but may not rise to level of prosecution.

3.) Train police dispatchers on proper triage methods for intake of victims' claims. Dispatch has historically ping ponged parents trying to report school abuse back to school police. School police do not have jurisdiction over abuse (penal code 1165.7-9) School police work for the Superintendent and are not qualified nor allowed to investigate abuse. The school police need to be scrutinized. (they are only open 4 hours a day, 5 days a week and are known amongst community child advocates to be part of the problem).

4.) Establish a Multi Agency Collaboration to shore up the holes in system. Currently law enforcement is unaware of proper school jurisdiction so in end, lots of cases aren't pursued... CPS, City Attorney, District Attorney, City Police and sheriff all need to work collaboratively to ensure crimes committed in schools are investigated and prosecuted. 5) Establish rigorous investigation protocol for school based abuse.See Robin Sax book It Happens Every Day: Inside the World of a Sex Crimes Prosecutor for investigative standards. 6.) DA and CA must begin prosecuting for failure to mandate report. Choose any one of many Lincoln crimes against students to start....the list is so long!!!

To answer Judy Neufeld-Fernandez question regarding settlement of a civil matter and getting a conviction in a criminal case. There are two completely different standard in reaching a decision. The civil matter, a mere preponderance while the criminal case requires proof beyond a reasonable doubt. In other words, civil do you think he did it maybe. Criminal I have little or no doubt whatsoever ....he did it. AND all twelve jurors must agree.

isn't preponderance more than a maybe? Doesn't it mean it more likely happened than didn't? And criminal is not just the absence of doubt but the absence of reasonable doubt. And for civil if there is a jury, doesn't it also require a unanimous jury or is it a majority of the jury in civil cases?

Apparently it was investigated and the DA found that there was not sufficient evidence to prosecute. That does not mean that there was no evidence just not enough, in the DA's opinion, to convince a jury that the evidence was "beyond a reasonable doubt". It is not what you know or what you think it is what you can prove.