Free and legal movies and shows on Tubi TV

Groucho: “I love my cigar too, but I take it out of my mouth once in a while.” 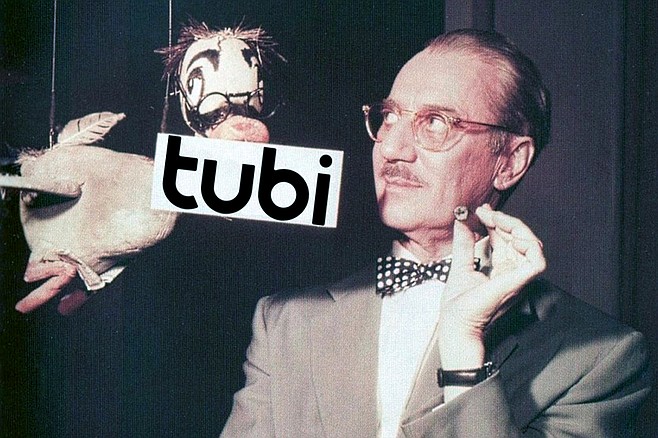 What streaming service offers thousands of free and legal movies and television shows? Here to entice are a trio of offerings currently available on Tubi TV.

You Bet Your Life trailer 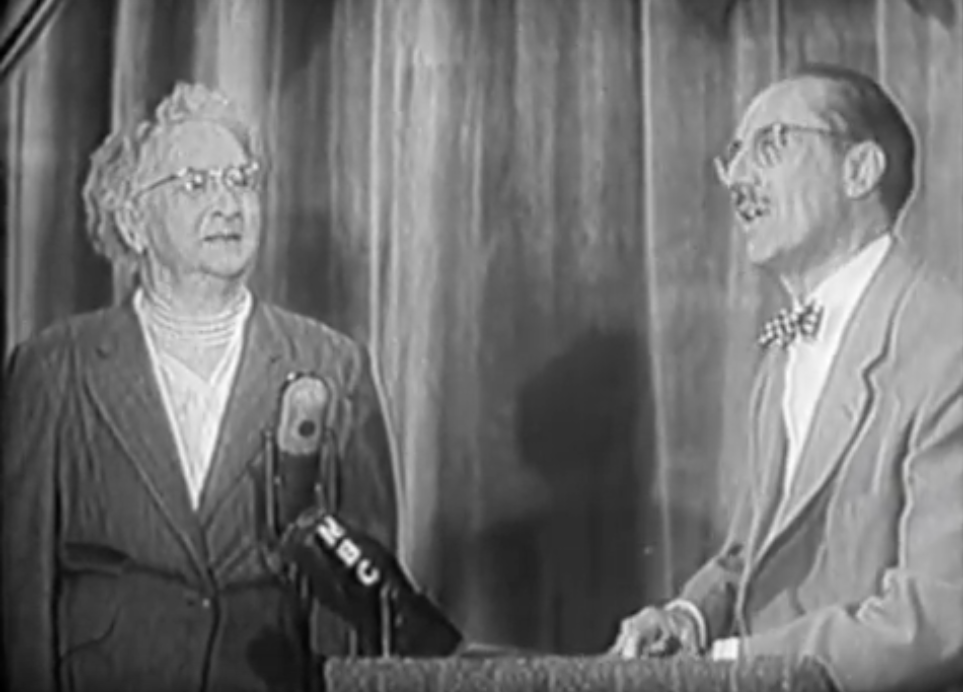 It was the quip heard ‘round the world — or was it? Groucho: “Why do you have so many children? That’s a big responsibility and a big burden.” Contestant and Mother of 20: “Well, because I love my children and I think that’s our purpose here on earth, and I love my husband.” Groucho: “I love my cigar too, but I take it out of my mouth once in a while.” Did Groucho really get away with this on the air? According to Robert S. Bader’s ample notes accompanying the Shout Factory DVD set, it was an exchange quoted by everyone, but heard by only a few. The show was filmed live over the course of an hour and later cut to fit the time slot. It’s doubtful that the blue crack would ever have made it to air. According to Bader, “The only people who witnessed that legendary moment were in the studio audience that fateful night in 1947.” But the stuff that got past the censors was just as great. Tubi and Shout Factory TV present the first 25 episodes of the legendary quiz show. Watch them in chronological order and tell ‘em Groucho sent you! 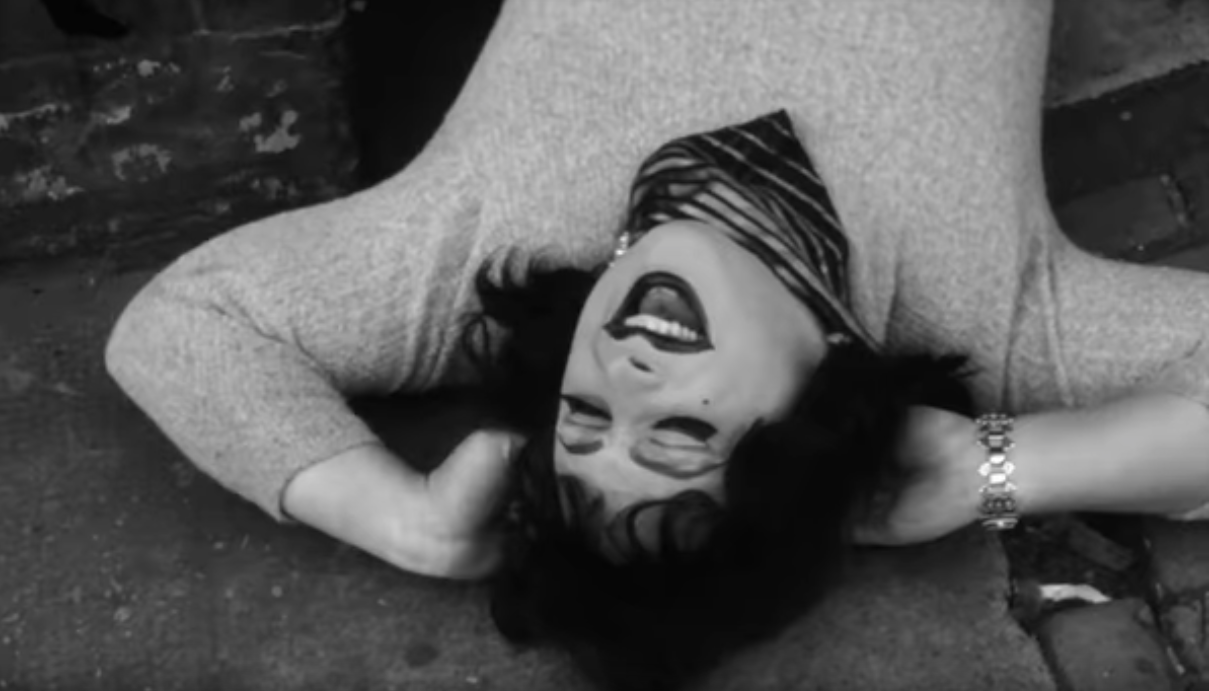 My maiden viewing of John Waters’ pleasingly impolite Multiple Maniacs was prefaced by his equally agreeable fright, The Diane Linkletter Story. Held in a vacant office building on Chicago’s River North area, the one-man show was a labor of love put on by an enterprising young film buff with a pronounced appreciation for troubled Waters. For the all too brief period of one year, he ran a traveling underground film series, situated in unoccupied suites throughout the city — rooms with enough inhabitable space to accommodate 100 or so people. This was over 40 years ago, when five bucks a pop was a lot to pay for a movie, particularly when the projector was mounted on a card table in the back of the room and the wire that connected the speaker to the Kodak Pageant was duct-taped to the floor. There were no chairs. You had to get there early or risk losing out on one of the fifty pillows that passed for stadium seating. Still, it was a memorable double-bill, if for no other reason than it was the only time I ever watched a movie while tripping on acid. Scratchy 16mm black-and-white prints projected on a wall; what a waste of a hallucinogenic. Viewed today, everything from the puke-eater to a giant lobster raping the notorious beauty Divine holds up quite well, thank you. 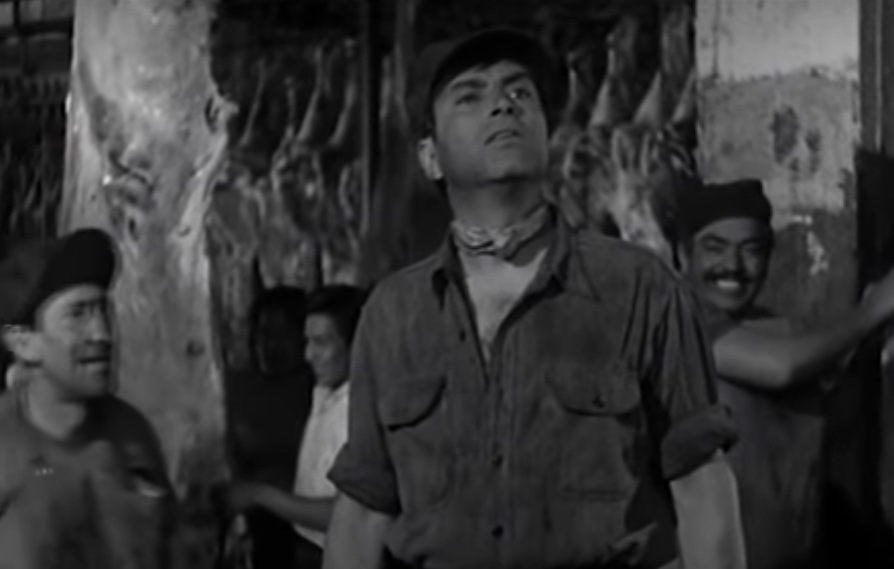 It’s been called “lower-tier Buñuel,” as if such a thing exists. This melodramatic gem from Luis Buñuel’s Mexican period stars Pedro Armenderez as an imposing slaughterhouse worker recruited by a shriveled, tyrannically-enhanced landowner to act as an enforcer and help rid his tenement of undesirables. The Brute lands a lucky punch during his first day on the job, and the resulting murder leads to a romantic triangle bordered on the north by the boss’s wife (Katy Jurado, tough and smoldering) and on the south by his victim’s widow (Rosita Arenas, given precious little to work with). Few directors have what it takes to turn a monster —one capable of making good on his threat to smash children against a wall — into a sympathetic character. The surrealist eye of the Master remained relatively closed during this period, although a slow dissolve — two slabs of meat sizzle and shrink on the grill as a metaphor for lovemaking — comes mighty close.

Oh, man, still can't get over that guy licking that girl's armpits in "Multiple Maniacs"!!!