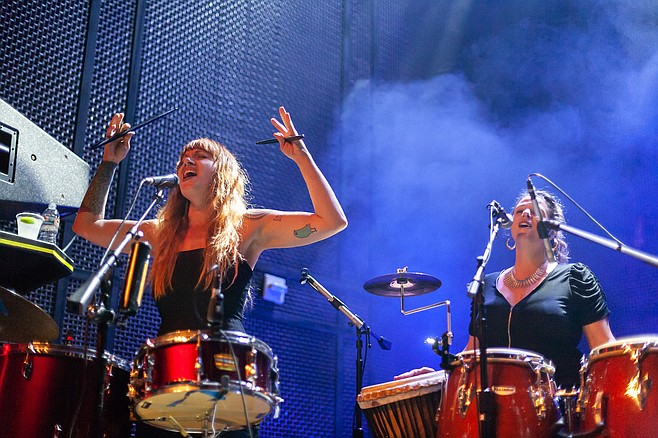 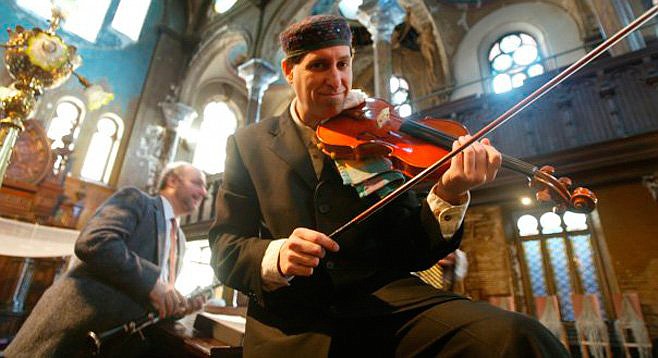 As part of the Lipinsky Family San Diego Jewish Arts Festival, violinist and ethnic music archivist Yale Strom and his band Hot P’stromi will perform with local guest players including Fred Benedetti (guitar), Gunnar Biggs (bass), Elizabeth Schwartz (vocals), and accordion virtuoso Peter Stan. Strom is a klezmer music revivalist who conducted extensive research in Jewish and Romanian communities in Europe and the Balkans, attempting to recover music lost by generations of war. Now considered one of the world’s leading ethnographer artists of klezmer, he’s authored books such as A Wandering Feast: A Journey Through the Jewish Culture of Eastern Europe, as well as helming film projects like The Last Klezmer: Leopold Kozlowski, His Life and Music. As a composer, his own music combines klezmer with Hasidic nigunim, jazz, classical, Balkan, and Sephardic motifs. The Museum of Making Music program will feature Strom’s exploration of the accordion in the music of Jews and Roma, including classical and folk renditions of traditional songs, as well as the world premiere of Strom’s new accordion composition. 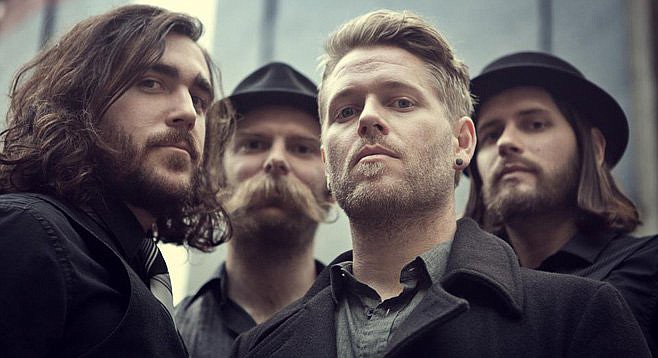 Founded by brothers Joshua and Jeremiah Zimmerman, the Silent Comedy began as a sort of old timey theatrical troupe like the Dresden Dolls and San Diego’s Tragic Tantrum Cabaret, i.e., 1920s cabaret-inspired buskers. When their aggressive punk band Dehra Dun didn’t work out, they had already founded Silent Comedy as a side project, originally planned to be completely acoustic. With a look right out of a turn-of-the-century ghost town — heavy on the mustaches, waistcoats, and dusty trail hats — their sound melds acoustic rock with a touch of bluegrass, similar to Nickel Creek or the ’60s stoner days of Norman Greenbaum. “We’re definitely NOT cabaret rock,” says Joshua. Jeremiah describes the band as a blues and rock-and-roll and folk hybrid with acoustic instruments plugged into amps. “It’s a weird tweak on that sound...it’s electric blues rock played with folk instruments. Like a tent revival and a hoedown but happening at a whiskey bar.” Think O Brother, Where Art Thou? set to an experimental-rock soundtrack. The all-local bill includes Dead Feather Moon and the Liquorsmiths. 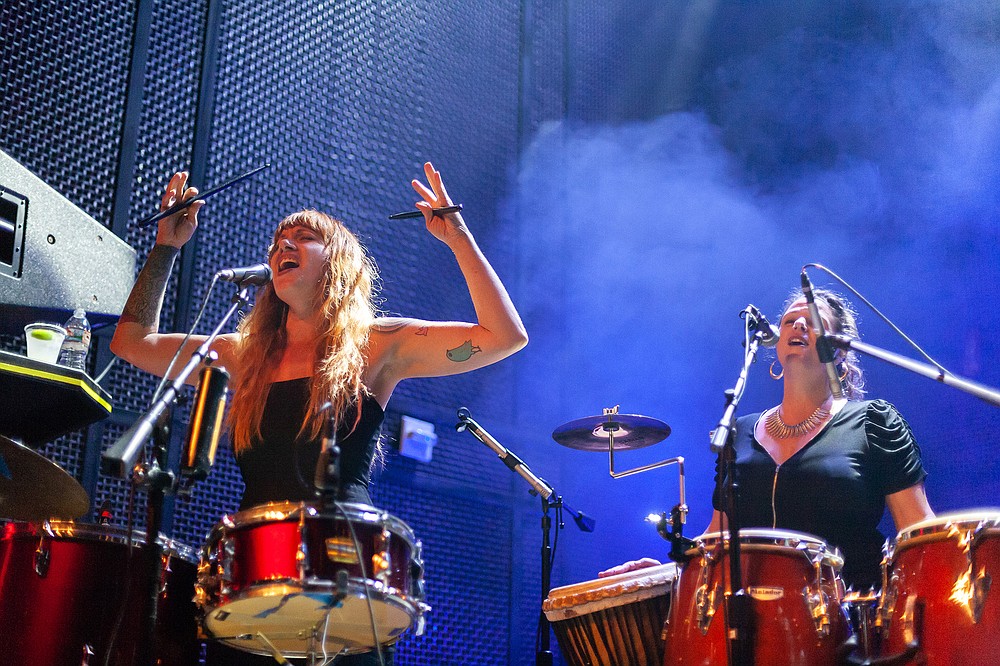 Golden Howl at the Holding Company

“Golden Howl is back in action after a brief break to celebrate new life,” says singer-percussionist Marlo Smith. “We’re bringing new songs, new band additions, fresh energy. Jules Stewart has joined us on full kit, that brings us to three female drummers in the band.” The Holding Company date marks their first appearance with Stewart and new bassist Josh Mooers. “It will also be my debut on cello for some of our new tunes,” says Smith. “It’s our first show back since our EP release in January at Music Box. Band members Christopher Balcom and Shannon O’Shea welcomed their first child into the world a couple weeks after that show.” For their return to the stage, “About a third of our set is all new tunes. Listen for the brand-new song ‘Quiet,’ the single we’ll start recording later this summer or early fall for 2019 release. It’s also Pride weekend, we’ll be celebrating and have a special wardrobe planned. We are very proud of our drummer Jules, a member of the LGBT community.” As for the opening band, “Cardinal Moon is also female-fronted.” 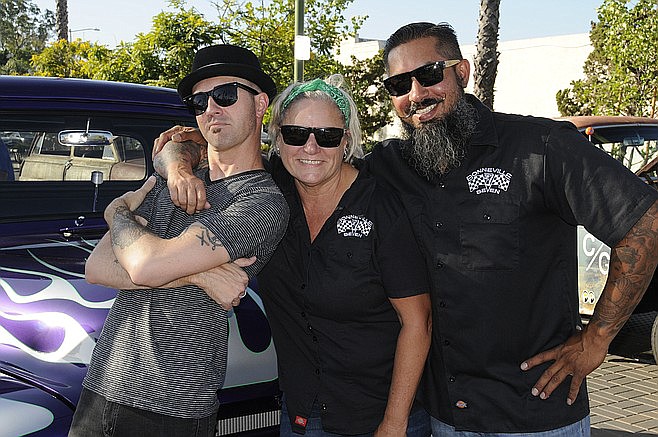 Founded 20 years ago in 1999, Bonneville 7 is a trio whose lineup since March 2018 has featured native San Diego guitarist Bryan Kelly (who first earned notice with the rockabilly trio the Handsome Devils before a long spell with Hard Fall Hearts), drummer Becky Russell (from the Guana Batz and Flipside Burners), and Eddie “Velvet Elvis” Montoya (an accordion player and violinist before pursuing acoustic bass with locals such as Flipside Burners and Johnny Deadly Trio). “We play Cash to the Clash, Ramones to the Stones,” says the band, which also covers Stray Cats, Carl Perkins, Jerry Lee Lewis, Reverend Horton Heat, Buddy Holly, Green Day, Dramarama, Link Wray, and Lynyrd Skynyrd. Bryan Kelly is endorsed by Gretsch Guitars. Becky Russell is endorsed by Pork Pie Percussion and others. The busy band plays multiple area dates every month, including an appearance scheduled for the Coyote Bar on July 11. 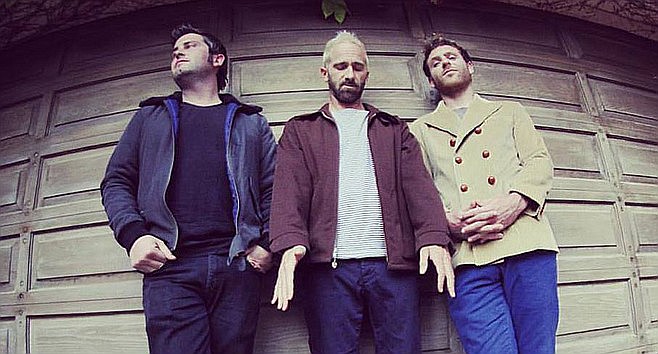 Hiroshima Mockingbirds and the Lucy Ring

David Hyman and Scott Seader formed the Sinclairs in Brooklyn, New York in 2008. Five years later, after hooking up with a San Diego drummer via Craigslist, the Sinclairs drove across the country and played a show the first night they arrived. They ended up liking San Diego so much that they stayed, renaming themselves the Lucy Ring in 2016, referencing a famous tale from World War 2. “Lucy was the code name used by Rudolph Roessler, who was a German citizen who spied on the Nazis,” says Hyman. “Still to this day, they don’t know how he did it, but he got Nazi secrets to the Soviets and the Allies and helped turn the war. A very mysterious guy.” Their debut self-titled EP was released in October 2016, promoted with an El Topo-inspired video for the track “Make It Rain” filmed in La Mission, Baja, Mexico. After that, the group went over a year without playing a gig, from early 2017 until May 2018, and have only done a handful of shows since. “We’re trying to figure out how to release our next record. tough biz,” they posted on Facebook last year. This gig seems to find them gearing up for new activities. This past April, they debuted what they describe as “light-hearted video for a tune we dig,” an older 2016 track called “Jeremiah’s Crying.” The bill includes Hiroshima Mockingbirds.