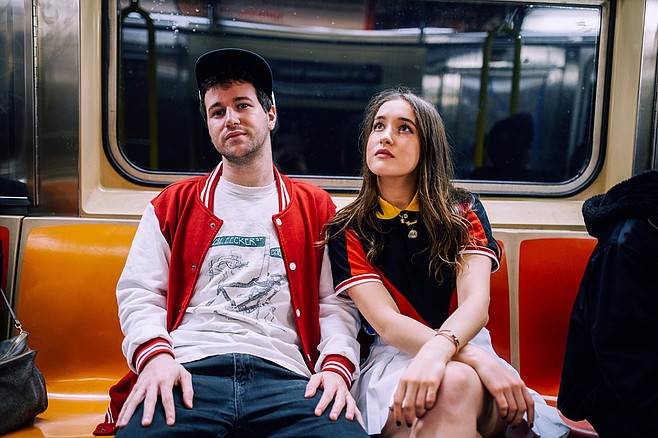 Most acts with a few tours under their belt have San Diego stories they like to share. But Gracie Lawrence, one of a pair of siblings spearheading the band Lawrence, found she had to gather her early stories from the sidewalk.

“We’ve had some great and very funny times playing in San Diego,” recalls Lawrence, who brings her brother Clyde and the rest of the posse to the Cal Coast Credit Union Amphitheater on July 10, opening for Jon Bellion in support of their new album Breakfast. “Some of the strangest times were when I was under 21, and I was allowed to play the show, but not be in the venue until showtime.

“So I used to have to wait outside the venue before we played, and people would be waiting to get into the show and would be like, ‘Um, we’re coming to see you play...’ as I was awkwardly doing my makeup, using my iPhone camera as a mirror, while sitting on the sidewalk.”

Seasoned, conditioned, and at last old enough to take a table inside, Ms. Lawrence enthuses, “I’m excited for West Coast vibes in general. Being a native New Yorker, the pace of the West Coast and the non-mugginess of the weather makes me feel so instantly relaxed and like I’m on a vacation. I’m looking forward to just chilling by the water and maybe eating some good seafood.”

The Lawrence siblings grew up on a diet of Aretha Franklin, Randy Newman, and Stevie Wonder, courtesy of their parents’ record collection. “I learned,” muses Gracie, “nobody is going to care if you articulate your T’s if you have no soul.”

Following in the footsteps of big brother, who turned out professional-grade songs in grade school and placed songs in soundtracks by his early teens, hasn’t been easy. But Gracie Lawrence starting singing and acting as a middle schooler, so she felt pretty confident writing tunes.

Her first efforts turned out “Much more singer/songwriter genre,” she recalls, “melancholy pop,” almost like a baby Gracie’s version of Adele.

“The best thing about Clyde is that even though I was 11 years old, totally inexperienced, he took what I was doing completely seriously and he gave time and energy to helping me craft and hone the songs I wrote about whatever crush I had at the time. And nowadays we’re both practiced enough to give each other input mutually on songwriting and performing.”