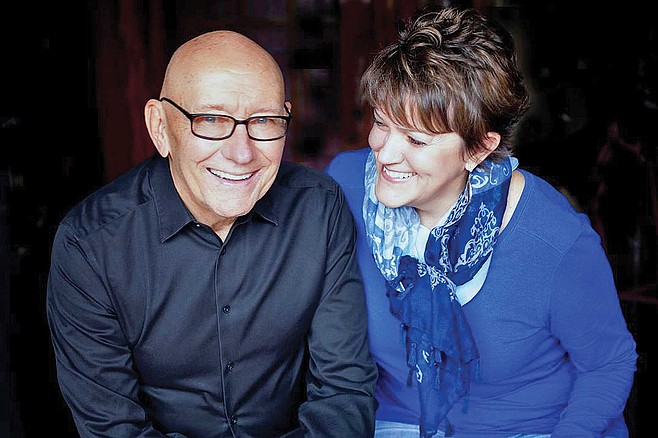 “This March, we will have been presenting at the Handlery Hotel for four years,” says flutist Holly Hofmann. “During our first year, you could still get a seat. The venue holds about 75 people. For the last three years, there is a line that starts forming by 4 o’clock in the afternoon.” (The series has been running from 5:30 to 7:30pm)

So why tinker with such an obvious success?

“Two reasons: first of all, Fridays are a huge check-in night for the hotel. A couple of years ago they ripped out the carpeting that was in the lobby and installed a non-porous tile. The noise from the check-ins and the bar at the back of the restaurant just carries right into the music room, which is dead silent. Nobody talks in the jazz room. Another issue was the Friday night in San Diego aspect of it. There are a lot of fans in the North County that wanted to come down, but dealing with the traffic during rush hour was just a nightmare, so we decided to make a change for everyone’s sake.”

How bad did the noise get?

“It was distracting. We didn’t want to discourage business, but there was a huge sign that asked people to keep their conversations down to a minimum. We don’t expect the staff to tell people to shut up. Some people, once they get a few drinks in them, can get obnoxious. I’ve had more than one drunk tell me to go eff myself when I tried to quiet them down.”

Hofmann felt that the dedicated listeners were getting the short end of the stick.

“People come because it’s an intimate listening venue. I designed this series for that purpose — there’s no cover, there’s plenty of free parking. We know that people talk, that’s okay, but listening should be the prime directive. I mean, it’s standing room only and these people want to experience the music.”

Hofmann got together with the management and came up with a solution.

“We got this idea to move the series to Sunday afternoons from 4:30 to 6:30. There is very little going on at the hotel during that time, football is done after 4pm, and there aren’t a lot of guests or drinkers around. Now all the fans from North County can attend. It’s the best of both worlds.”

Hofmann, who rarely plays in the room she curates, will kick off the new day and time with an inaugural performance with piano-playing husband Mike Wofford on Sunday, February 3 at 4:30 pm.