Hep to the jive 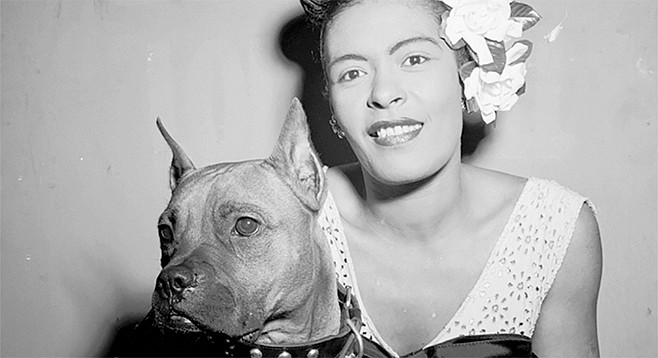 Growing up we used the term hep instead of hip, as in I’m hep, a real hep cat, or hep to the jive. So, shouldn’t it be Hepster? Asking for a very hep friend.

Maybe once, but no longer. Although I feel I may have gone into this a time or two, it’s always worth circling back to the beginning. Time was, the word was hep, and hep was the word. “Hep” and “hepster” worked their way into the American lexicon courtesy of jazz and swing culture, and the insider’s cant of luminaries such as Cab Calloway, Duke Ellington, and Billie Holiday, who would have bestowed this moniker only upon cool proto-hipsters making their various ways about the scene of the era.

Over the years, “hep” became “hip.” We’re not sure exactly how or when, but by 1948, Anatole Broyard had published “Portrait of a Hipster” in Partisan Review, his attempt at understanding what he called “the illegitimate son of the Lost Generation,” and the rest was hipstory. I think if you go around saying, “I wish all these hepsters would stop ‘discovering’ my favorite neighborhood bars,” people might get confused. Then again, maybe you could bring it back. That would be pretty hipster of you.

I, along with everyone else, or so it seems, have been sucked headlong into the world of Tidying Up With Marie Kondo. It’s a little weird that I like watching the show as much as I do, because I already live a very clean, minimally cluttered life. In fact, most of my friends who also watch the show are notoriously clean and tidy already, so I know I’m not the only one. Now, I feel a little guilty, because it’s like I’m experiencing some kind of schadenfreude at watching messy people clean up their lives. Is this some kind of hipster humblebragging on my part, or merely garden variety rubbernecking at someone else’s calamity?

You go right ahead and enjoy. For me, this mainstream popularity in getting rid of all your extra stuff has been a long time coming. Take a look at basically every hipster design aesthetic since ever (and by “ever” I mean roughly “2006”) and you see the same unifying theme: minimize, minimize, minimize. Hipster coffee shops rejected the cluttered, bohemian aesthetic of the 1990s for the now-familiar look of open spaces, blonde wood, and edison bulbs in bare sockets. Apple won hipster loyalties by uncluttering their devices of basically everything, including buttons. And can you think of a simpler, more minimal way to get around than a fixed-gear bicycle?

I suspect you feel much the same as I do, and you get a kind of validation from seeing this minimalist aesthetic reach into the mainstream heart of American life, where people have so much stuff they can’t park in their garages, and often need to rent off-site storage units so they can give the stuff they don’t use a house of its own. If more people want to wake up and realize that — here’s a shocker — they aren’t actually defined by the things they own, well, that sparks joy in our collective hipster hearts. It’s kind of a bummer that everybody was making fun of minimalist hipster stuff for the past decade, but all’s well that ends well.