I once lived in an RV in San Diego, and it sucked

Van-lifers on Fiesta Island: you are subject to police profiling 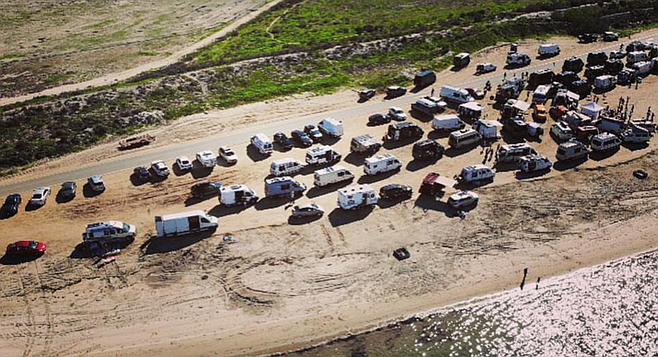 On January 26, about 150 van-lifers converged at Fiesta Island.

Jarrod, 33, rolled to the Vanlife Meetup in his 2003 Ford E-350 ambulance that he purchased from Pennsylvania last week.

“[I believe that] most of the van population here are doing it out of necessity,” Jarrod said. “I think only a few do it as a hobby and all of the people at the event yesterday do it as a lifestyle. 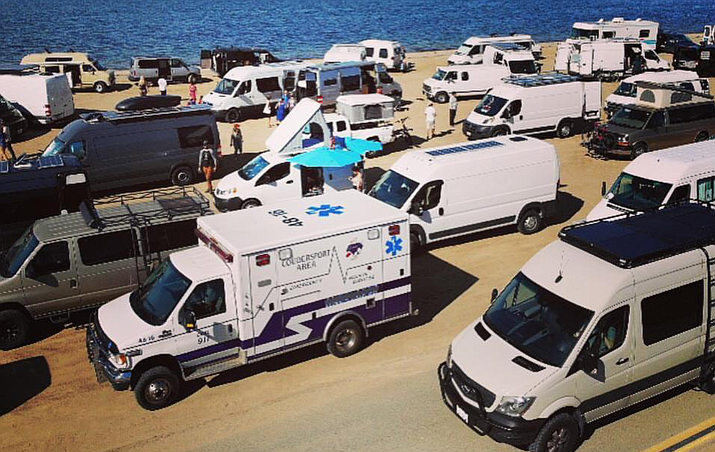 “My best advice is to get a stealthy van that really looks like a cargo van.”

“There are van-lifers of all walks of life: some that’s low-income needing shelter; some that’s soul searching; some that’s wanting freedom from ‘the system’; and some with excess money that got caught in the romantic Instagram photos of van-life and want to buy all the gadgets and go all out.”

One van-life newbie recently moved out of his East County residence because his landlord abruptly increased the rent; he now saves about $2000 a month because of his foregone rent and SDGE, water, and cable bills. “The first month staying by the beach was hard because I couldn’t sleep,” he said, “I grew paranoid because of the police and the noise from the traffic and beach-goers. Another [learning curve was adjusting] to the dirty bathrooms.”

“My best advice [for newbies] is to get a stealthy van that really looks like a cargo van,” Jarrod said, “or just leave San Diego. I would not get a van just to live here, I got mine to travel and live. 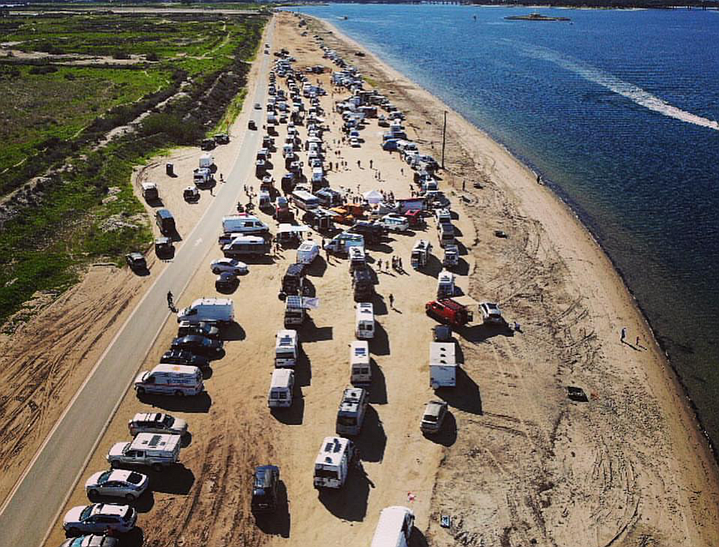 “I once lived in an RV in San Diego, and it sucked. I was constantly harassed by the police. The problem is there are many convicts and panhandlers living in vans that the city wants them all out, and living in a van, unless it’s very nice, will result in police profiling. I was asked to step out of my old RV many times and questioned about the last time I used hard drugs; I don’t even use drugs."

Jarrod’s unit4816 Instagram gallery depicts places around the U.S. that he and his Great Dane have travelled to. Earlier this morning he posted a sunset photo from Saturday with he and his new van-living buddies; it was captioned: “Community is what makes any lifestyle as special as it is. I’m looking forward to many more interactions with these courageous van dwelling people.”

Jarrod owns a company in San Diego and is letting his business partner take over, so he can hit the road again.

“I chose this ambulance vehicle after months of researching vans,” he said, “and this is the perfect fit for me.”

The ambulance has a 4X4 drivetrain system with a 7.3-liter diesel motor with a turbocharger — “so I can go off grid and explore remote places,” he said, “and because it’s an ambulance, it already has an inverter, extra batteries, insulation, AC and DC power outlets, windows, cab separation, and well built cabinets and lighting.”

In the next four weeks Jarrod will be installing new amenities into his rig, including a solar power system, a generator, a fridge, a shower, a Murphy bed and a composting toilet.

“I want change,” he said. “I know that tomorrow is not promised, so I want to go explore and experience life before something happens that prevents me from doing that.”

I would invite all the "van-lifers" to hit the road.

And go rent a space in an RV park.

Many, many, many years ago, we spent the summer living in an rv down at the strand. Good times.