"If you let DJs run the station, magic happens” 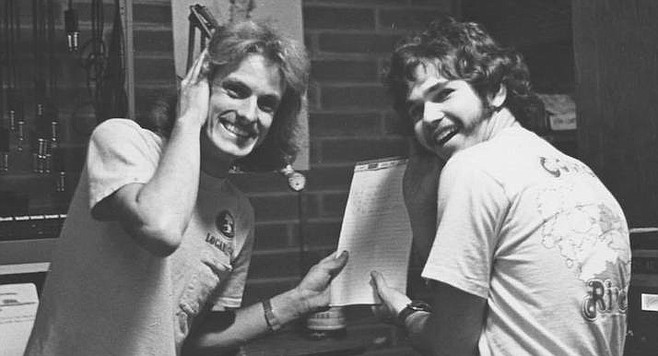 January 20 was National Radio DJ Day. I asked some of San Diego’s former radio voices to weigh in on past times in the local industry.

Pat Hahn had a groupie at the old Vista KMLO AM1000. A nightly caller, the groupie once found her way into the station. Working alone at night, Hahn says the lady in her 70s, came out of a closet naked. “I almost fell out of my chair. I said ‘get your clothes on, you’re leaving.’ She started crying saying she wanted to be with me,” Hahn told. 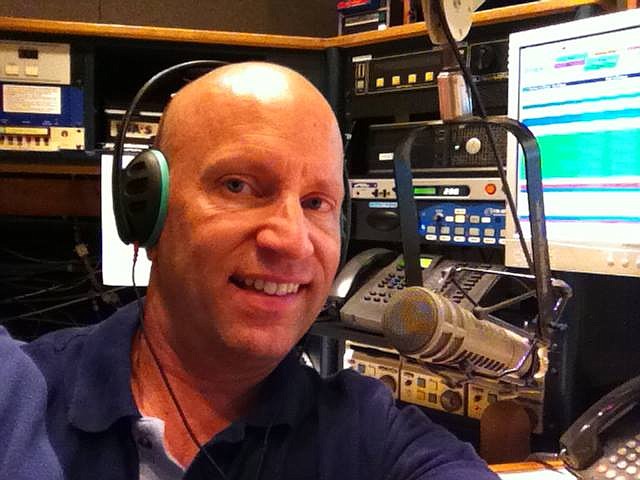 After the woman was escorted out the door, Hahn found a large, cake cutting-sized knife on a counter in the studio. “But no cake,” he said. Months later he got a call from the woman . . . from a mental institution. “I was living Play Misty For Me (Clint Eastwood’s 1971 thriller).

Jeff Gelder’s most poignant memory was filling in for Sam Bass’ show on KyXy, on, of all days, 9/11. “Not fun,” said Gelder. “But so glad I could be of service to the community.”

Before his 15 years on KyXy, Gelder has memories on Carlsbad’s KKOS/KUPR where, “up and coming celebrities were swinging through the door weekly,” he said. Gelder reminded of KKOS’ Back Porch concerts, hosting Sheryl Crow, Jewel, Hootie and the Blowfish, Brain Setzer, and Richie Havens on the patio of the studio, overlooking the Buena Vista Lagoon. 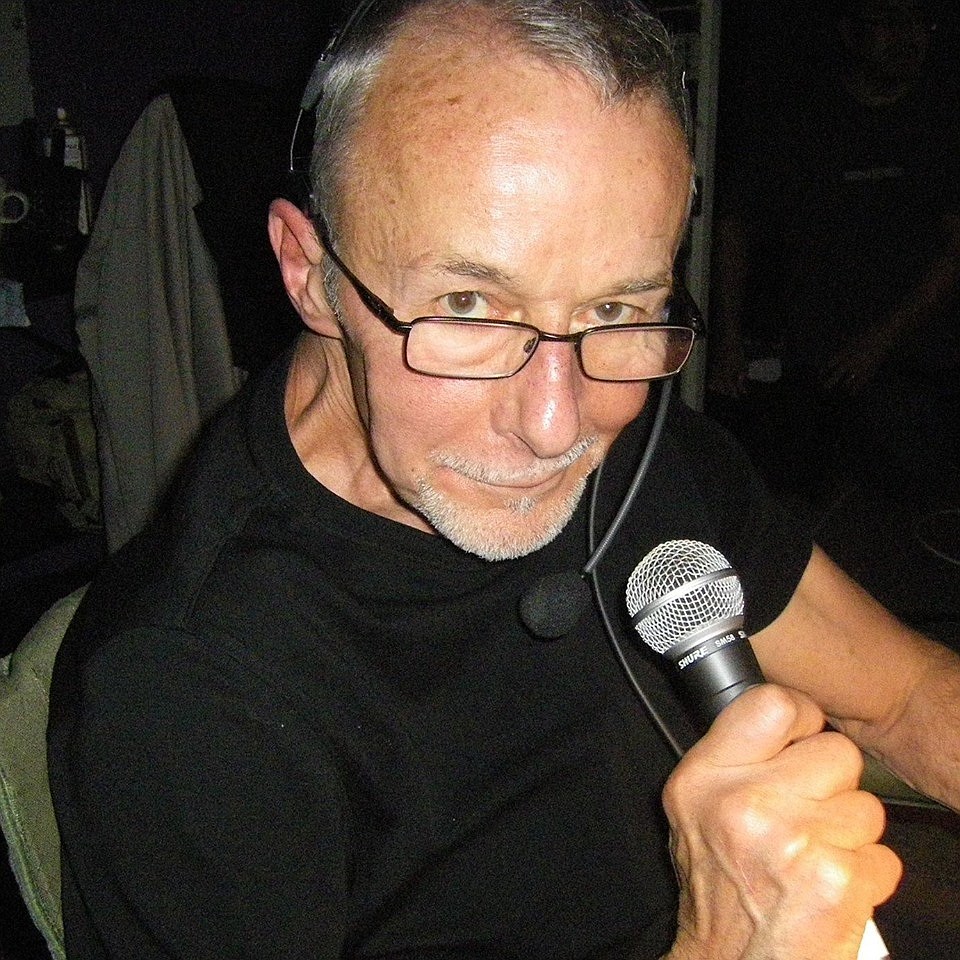 John Van Zante was a talk host and program director for KKOS’ sister station, all-talk KCEO. He had an in-studio guest that was a nudist. “The nudist insisted on doing interview naked,” said Van Zante. “People like Mike Love (Beach Boys) and Michael Reagan (President Reagan’s son) stopped by just to hang out,” said Van Zante.

Kathie Berger had a career working at two radio stations at the same time, in order to earn a full time salary. She reported news overnights until 6 am on Vista’s all-news KVSD, and then drove to Carlsbad’s KKOS where she transformed herself into one-half of the morning funny duo, Rome n’ Burger.

“After my two shifts, I'd stop at the liquor store and get a giant bag of pretzels and a Coke just to stay awake to drive home,” Berger said.

Many DJs worked for San Diego’s English language, hit music stations that were broadcast on a Mexican-owned frequency. In those days DJs had to drive into Tijuana, to the non-descript transmitter building on a TJ hillside, to broadcast their shows.

Berger, working for 90.3, remembers when undercover DEA agent Enrique Camarena was tortured and killed. The border waits got so long the stations had air personalities park on the U.S. side.

“A single woman walking across the border at 1:30 am? I was insane to do that. I started sneaking through a convenient hole in the fence where a Tijuana cab would pick me up in the dark,” Berger said.

In 1983, when 91X switched to Rock of the 80s format, the DJs became instant celebrities in New Wave, punk, and small concert clubs around town. But even the likes of Billy Bones, Mad Max, Erik Thompson, and Steve West, still had to cross the border, in what Thompson described in a 2013 Reader article, “We had to create this fantasy for our audience from a shit-hole studio.”

Retired in 2016 as a professor of radio communications at Palomar College, Hahn, who is responsible for jumpstarting some of San Diego current radio and TV talent said, “We had absolutely amazing stations. Proof that if you let DJs run the station, magic happens.”

KyXy’s legendary Sam Bass, probably San Diego’s longest, continuous air personality until his 2017 retirement – summed up the old radio scene. “KGB-AM in the mid 70s was the coolest AM station I ever heard. Gabe Wisdom, Jeff Prescott. For a provincial border town, San Diego had some legendary radio.”

My own DJ story . . . On the air, on Super Bowl Sunday, during the game, on FM107 KAVO in Fallbrook, what was then the smallest powered station in the county. I had four free passes to Disneyland to give away to the first caller. It took me an hour and a half to give them away.