Moon Over Buffalo: the great thing about a bad scene 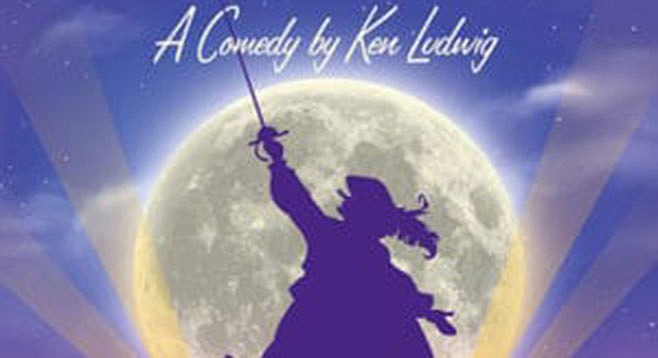 The crisis in this play-about-a-play comes when an actor doesn’t make his entrance, leaving an increasingly desperate actress on stage alone, ad-libbing. It is hilarious.

The real thing: not so much. The scene brought me back to an opening-night, community-theater production a while back. A key actor made a spectacularly funny entrance, took one look at the audience, and froze like a deer in the headlights. Immediately, an actor threw him a lifeline, essentially giving him his line in question form. All he needed to do was repeat it back, but he was far too deep in panic.

The cast kept it together and stayed in character while they threw him lifeline after lifeline. He just stared blankly, becoming redder, sweatier, and more wide-eyed with terror. An ingenious actor suggested he must have something stuck in his throat, would he like some water? He nodded furiously, then gulped glass after glass to buy time, intermittently spitting out the one line he remembered. Someone tried backing up the scene a few lines, to give his memory a reset. No go. Finally, after what seemed like three hours (but was probably three minutes), another actor simply jumped forward to her next line, and as the poor guy continued to choke, they improvised the rest of the scene without the vast majority of his lines.

I’m betting that whole company is still waking up in cold sweats.

The audience, on the other hand, experienced it in a very different way. Such a catastrophe breaks through the fourth wall, which is not something you want to do accidentally, for sure. But breaking through can create an intimacy with the audience. That intimacy makes the audience rally behind them, especially at a community theater. I looked around to see the audience's reactions. Everyone — even the types who usually snore — was in rapt attention, leaning forward, willing him to succeed.

At such a moment, we’re more acutely aware that there’s no calling “Cut!” here, no second take. We experience some of the cost of community theater, the human cost, the hours and hours of preparation by dozens of people —all done for love, all done for something ephemeral. A two-week run. A review, good or bad and your collective memories are all that’s left.

In our attention-deficit culture, where myriad entertainment is available at the touch of a button, it’s good to remember why people still bother to come together, face-to-face, to experience live theater. You can’t pause live people. You have to go on the journey with them, and take the good and the bad together.

Sometimes it takes a royal eff-up to remember that.