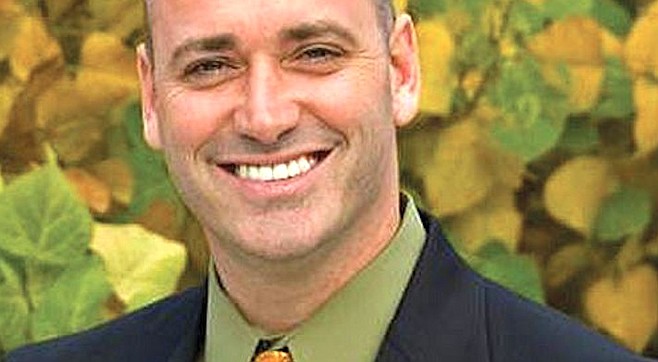 Now that term limits have been imposed on the board at the San Diego Unified School District, incumbents there are looking around for their next gig. First to declare for higher office is Kevin Beiser, a math teacher who filed January 17 to run for city council next year.

Beiser, seeking the Seventh District seat of termed-out Republican Scott Sherman, is the second to jump into the race, facing off against ex-teacher and gun control proponent Wendy Wheatcroft, who started the San Diego Gun Violence Prevention Coalition. 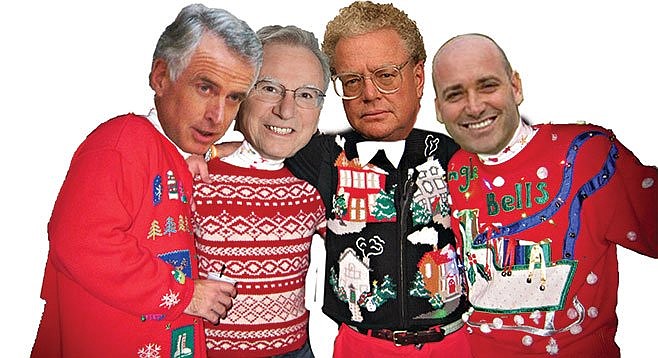 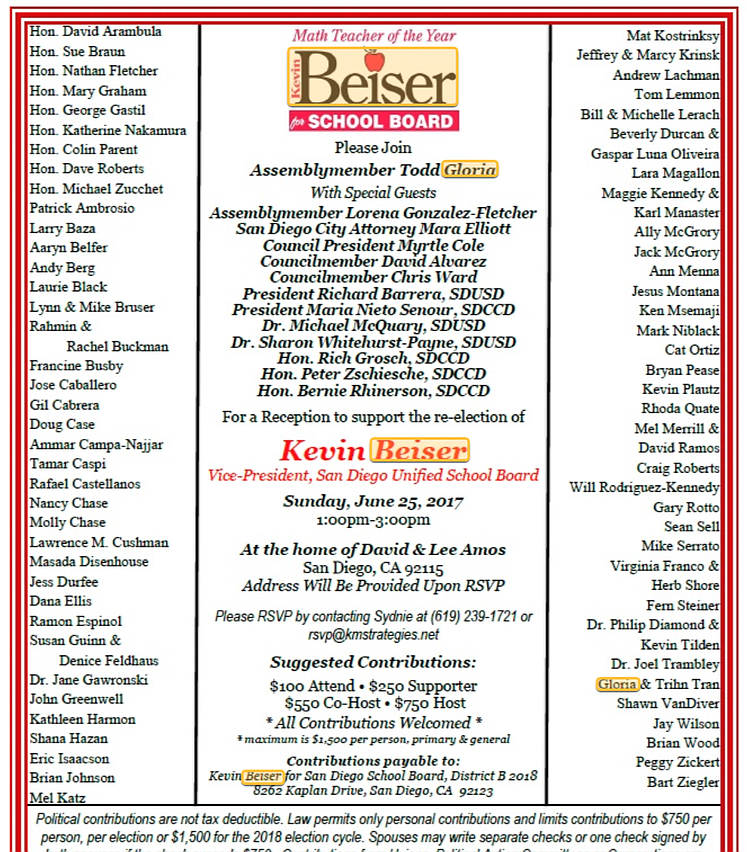 In 2015, Beiser helped raise campaign money for fellow school board Democrat Marne Foster on a birthday fundraiser host committee that included Gonzalez, state Sen. Toni Atkins, and Congressman Juan Vargas. Foster was forced to quit the board just months later in February 2016 as part of a plea deal with the District Attorney for accepting gifts over legal limits.

The resignation marked the finale of a scandal involving Foster's special favors to her son, including a fundraiser on his behalf allegedly backed by district vendors.

Last May the San Diego Police Officers Association spent $7000 on an independent direct mail campaign on behalf of Beiser's reelection. He turned back challenger, charter school founder Tom Keliinoi, in November 2018 with 70 percent of the vote.

Kevin Beiser is a dedicated and thought provoking Educator. Being an educator doesn't just mean teaching children; it also encompasses teaching us all how to build a better comunity through his leardership and deductive intellectual capabilities. There are many amongst us who do not have these skillsets, and those that do, rarely choose public service as a path to show us the way to be a better civilization for our children, and at the same time educate us on what we can do to facilitate our real time needs in one of the largest cities in the US. Kevin Beiser will benefit all the citizens of San Diego. An asset.to the community for over a decade, with no end in sight. I hope he has the opportunity to Serve all the Citizens of San Diego the same way he is serving all the children, with the knowledge we are all the future, big and small, and we must all work together to succeed.