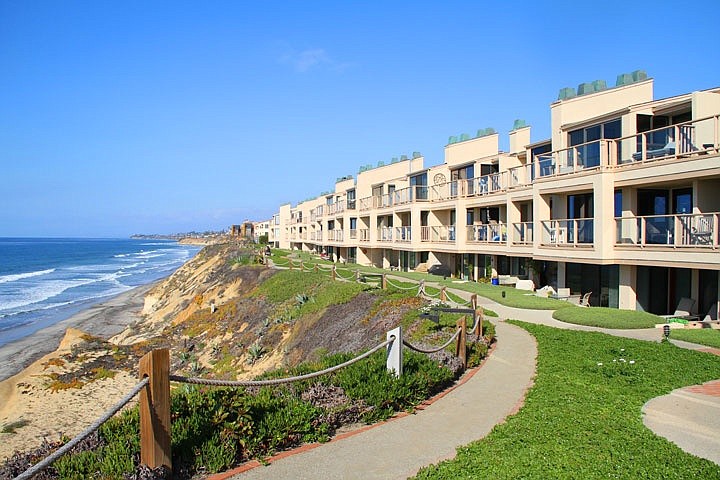 10 units of affordable housing built on a parking lot in Solana Beach should not be built because “affordable housing does not belong at the coast,” according to the Arizona resident who invested in the neighboring timeshare.

Ernest Kurschat, a timeshare owner at Sand Pebbles Resort, wrote a letter to the California Coastal Commission in November asking the commission to not extend the permission it gave to the Hitzke Development Corp in 2014. 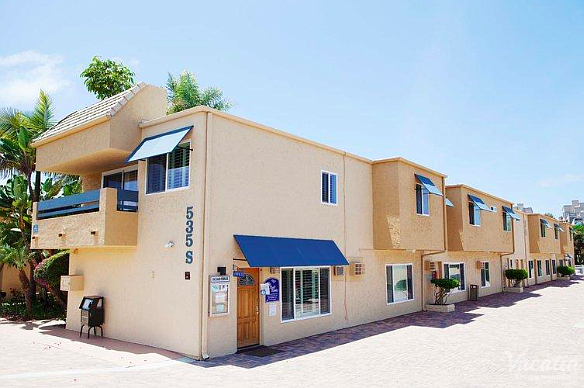 The coastal commission didn’t follow Kurschat’s recommendation and voted to grant another one-year extension to the project – known as the Pearl - that’s intended for the parking lot at 500 S. Sierra Ave.

The Pearl was first proposed in 2011, but it took hold in 2014, when the city council approved it and granted a $2 million loan. The current plan calls for the construction of a three-story, 35-foot tall mixed-use building that has 759 square feet of office space, the 10 apartments, and 53 parking spaces underground and at ground level, replacing the current 31 parking spaces on a paved parking lot.

That 759 square-foot office seems to bother Kurschat, who calls it a tiny office. “Is that for the parking lot attendant booth? Or is it a food stamp office for the low income housing?”

The project’s history is, in part, tied to a 1993 closing of the Avocado Trailer Park full of Section 8 housing located in the 300 block of south Coast Highway – Sierra Ave. is its western boundary. When the lawsuits were all settled, the displaced residents were promised first crack at the 13 units of affordable housing the city promised to build. It took 12 years to build the first three affordable homes, and, 25 years later, former trailer park residents still have dibs on the 10 units at the Pearl.

Hitzke Development, which specializes in affordable housing, won permission for the project from the city of Solana Beach in April 2014 and was immediately sued by Seascape Sur Estates Management Co. for claims including that the land was dedicated for parking. Solana Beach was named in the suit, and when the project garnered coastal commission approval in October 2014, Seascape Sur sued them.

By 2015, the city and Hitzke prevailed in court, and Seascape Sur appealed to the Fourth District Court of Appeals, which rejected Seascape Sur’s claims in a December 2016 ruling.

But the lawsuits disrupted Hitzke’s pursuit of funding for the project, according to Michael VanBuskirk of Hitzke Development. Hitzke has completed nearly a dozen affordable housing projects throughout the county, including some in Lemon Grove and San Marcos.

“These lawsuits caused the Pearl to miss out on funding opportunities and to surrender funds that had already been committed to the project,” Van Buskirk noted. While the developers were able to get state funding from two different sources, the increasing cost of construction means they must raise more.

The development company’s applications for funding gave residents more reason to be rankled, according to their letters. Some of the funding may come from a state fund generated by the ‘farmworkers tax credit,” though it’s unclear whether the housing has to be for farmworkers.

Hitzke’s attorney, Marco Gonzales, says he is tired of the fight – one that resembles what’s going on in Encinitas as voters try to keep affordable housing out entirely – except for granny shacks in their backyards.

“It seems to be that every time I hear people claiming we have no obligation to provide affordable housing on the coast, it’s either because they have got theirs and want nothing to change, or because they have some inane fear that equates affordability with brown people and criminals,” Gonzales said. “In any case, I’m confident history will judge those opinions very poorly.”

Most of the letters opposing the time extension are strikingly similar, and use quasi-legal language to cite the presumed contradiction between the city’s promise 25 years ago to give priority to Avocado Trailer Park residents and the farmworkers the scribes believe will end up there. A Bakersfield resident who owns a timeshare slice wrote that her family, including grandchildren, vacation at the beach every year for quiet family time, not noise from apartments.

But for Kurschat, the whole affordable housing idea seems a ruse.

In his letter, Kurschat says he would like to move his poor aunt from Vista into the new complex, but “my guess is that some friend or relative of the developer will be living in the low-income housing. Regardless of who benefits from a low-income housing boondoggle, low income housing should not be located in a beachside resort area.”

I just love how these people from outside and out of state think San Diego exists only for them, and how rude we who live here are to thwart their self-importance.

It reminds me of the story of Marie Antoinette, who supposedly asked a courtier if the lower classes ever experienced being in love. When assured that they did, she replied, "Well, it's entirely too good for them."

Agreed. As to whether affordable housing "belongs" on the coast, it should be remembered that all of the beach communities along the San Diego County coast once had such housing, often in abundance. Funky little beach cottages were the rule, not the exception, even in Del Mar. As time passed and more people located in the county, along with beach living being seen as desirable, those cottages and other modest housing were displaced by bigger, fancier homes. Prior to regulation, such gentrification was generally seen as a positive trend, and only price kept it in check. With the passage of enough time, such housing it a rarity now.

In Solana Beach, would these same people truly be willing to see such homes built east if I-5? Or is that just a way of putting it off until there is no chance of any being built in proximity of the beach? No, they don't want to see or hear anything from those they see as the unwashed. Those beach areas need people to work as cooks and wait staff, babysitters, retail clerks, firefighters and cops, auto repair techs, and, well, the list is endless. Those occupations don't pay enough for such workers to live where or near where they work. They are forced to live elsewhere, far inland in many cases, and commute whether they like it or not.

Look at Santa Barbara if you want to see how such trends play out. Ordinary wage earners and even those in middle management cannot afford to own homes in that city now, and reside many miles away. That brings some social ills to the area in that those fortunate to reside in Santa Barbara, or even Goleta now, see themselves as elites, and look down on those who serve them. Not healthy, and not the sort of civil society we should want.

There is a difference between low income housing (HUD section 8) and affordable housing (defined as 80% of market rate).