“Cheeks” is not for sale at any price. 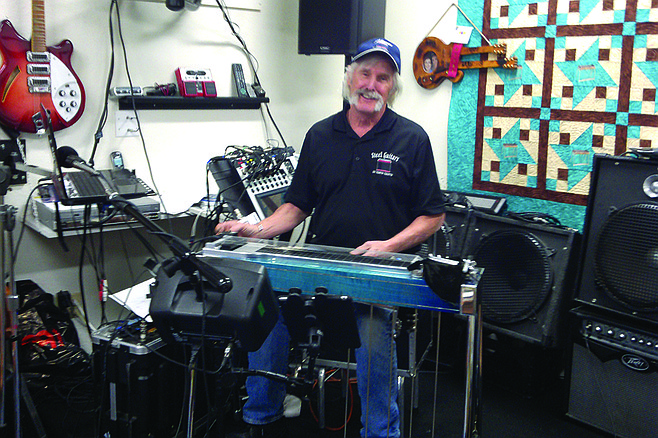 Nothing cries as convincingly as a pedal steel guitar. While that sound breaths emotion into Hawaiian, country, and even rock n’ roll music on occasion, it is more often associated with Nashville than Oceanside. Yet there on Mission Avenue in east Oceanside, sandwiched between a barbershop and a Thai boxing studio, is Steel Guitars of North County, a facility housing one of the largest collections of the aforementioned instrument on earth. Most days find owner Jim Palenscar inside playing music or repairing, building, or tuning one of the devices to which he has dedicated much of his life.

Palenscar earned his living as a veterinarian for 28 years until asthma hit and his doctor suggested he no longer work with animals. “After about a year of being quasi-retired, the pool table we owned was covered in the steel guitars I had collected, to where you couldn’t see the top of it. Instead of cleaning it off, I decided to open up a store.” 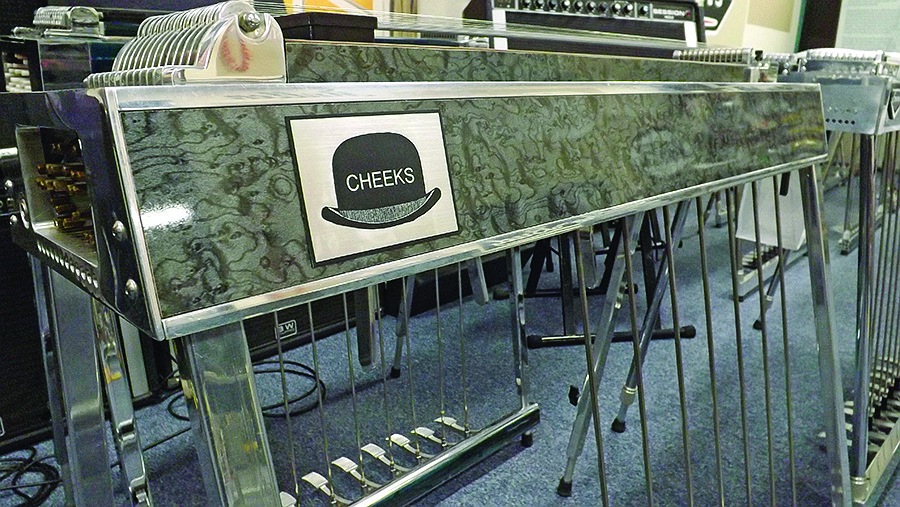 Palenscar’s eyes become distant and glassy upon hearing “Once Upon a Time in the West,” a pedal steel classic by his friend and hero the late Buddy Emmons, a man widely recognized as the best pedal steel player of his generation. “After his wife passed on, Buddy just crashed emotionally. One day he called to inquire about a steel guitar I owned that was similar to an old favorite he once had. Instead of selling him that guitar, I found the owner of the old one. He offered to give it to Buddy, if he would give it back once he had finished with it.”

“Buddy declined, saying he didn’t want to be beholden to anyone. So, I made a replica and told him I could engrave it. He said he wanted the name 'Cheeks' on it because that was his pet name for his wife, Peggy. I engraved Cheeks inside a derby hat, which was his moniker, on the face of the instrument. Once finished, I flew to Nashville with Buddy’s and my mutual friend, [steel guitar great] Jay Dee Maness. We arrived at ten o’clock on a Sunday morning, and Buddy met us with a large glass of Scotch each. He asked what I owed him, and I said, 'Are you kidding, after all you’ve done for so many of us?'”

Standing amid rows of the beautifully polished wood-and-metal steel guitars is one not for sale at any price. Like many of the instruments housed here, this one has a story. The name Cheeks and a derby hat on its face hint at the first lines of a ripping yarn.