“This is still a blue collar, gritty surf community” 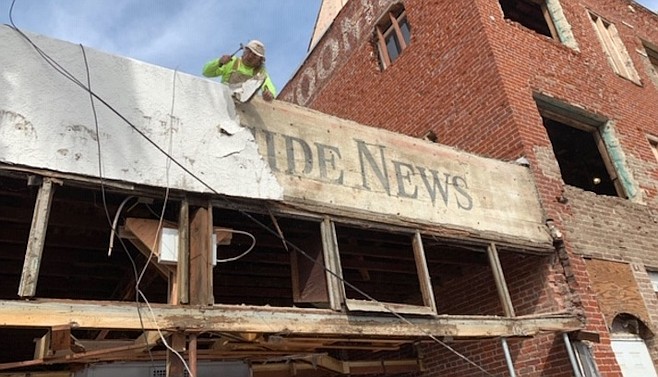 The harsh way Firewater Saloon in downtown Oceanside was closed September 25 is not how the state Alcoholic Beverage Control (ABC) usually deals with bar owners it doesn’t like. Firewater owners were given a ten-day notice before armed-and-uniformed state ABC officers and Oceanside police officers came in and posted SUSPENDED signs in the window and confiscated any leftover liquor. The owners had 180 days to sell the license.

“I was very surprised when I heard about it,” says Matt Friedrichs whose Winship and Friedrichs firm helps San Diego County bar owners navigate ABC laws. “That bar was what they call a ‘disorderly house.’ I have not heard of a revocation like that in the last five years.” 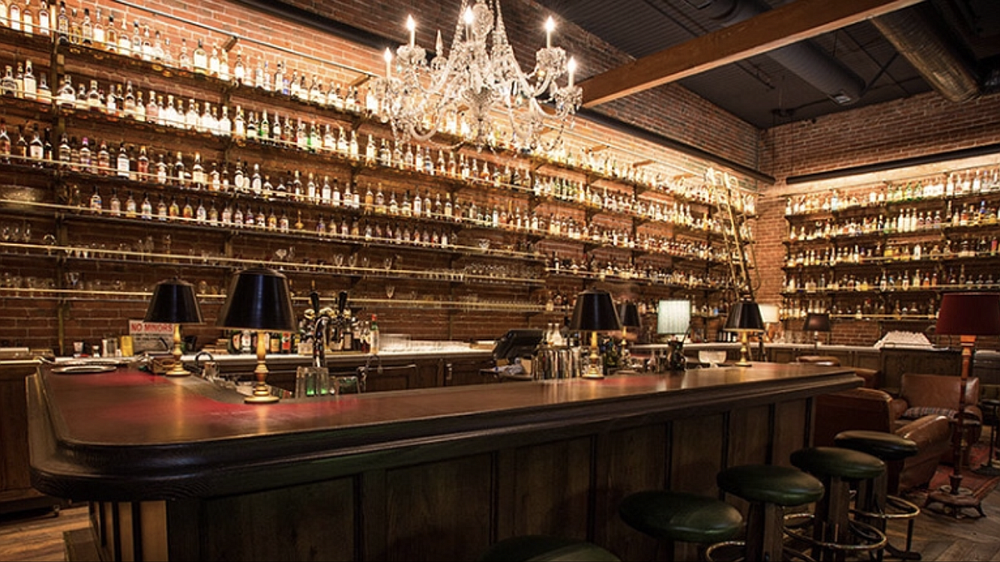 “We really like the way the Multnomah Whiskey Library in Portland looks.”

Oceanside Police said at the time that there had been numerous late night calls for service for fights and other problems outside the bar. Eight years ago a Firewater bartender sold drugs resulting in a liquor license suspension and about that time there was a death that resulted from an assault by a Firewater bouncer and a separate stabbing.

The Firewater story just took a dramatic turn from dank to swank.

A local couple have arranged to turn the old Firewater into an upscale cocktail lounge, similar in approach to the Polite Provisions in North Park or Nobel Experiment downtown. Both employ well-trained mixologists instead of bartenders.

Major interior changes are planned. “We really like the way the Multnomah Whiskey Library in Portland looks,” says David Rassel about the interior feel he and wife Emily are looking for. The Rassels have agreed to take over the Firewater’s nine-year lease and to purchase its liquor license. All plans must be signed off by the ABC, the City of Oceanside, and Oceanside Police.

The Rassels are known for the Pour House, a South Oceanside restaurant/bar they opened five years ago which has done well with original live music five nights a week. Rassel accepts their new bar will not have music and must close by midnight. Those are the stipulations now mandated for any new bar at that address because of Firewater’s sketchy history. 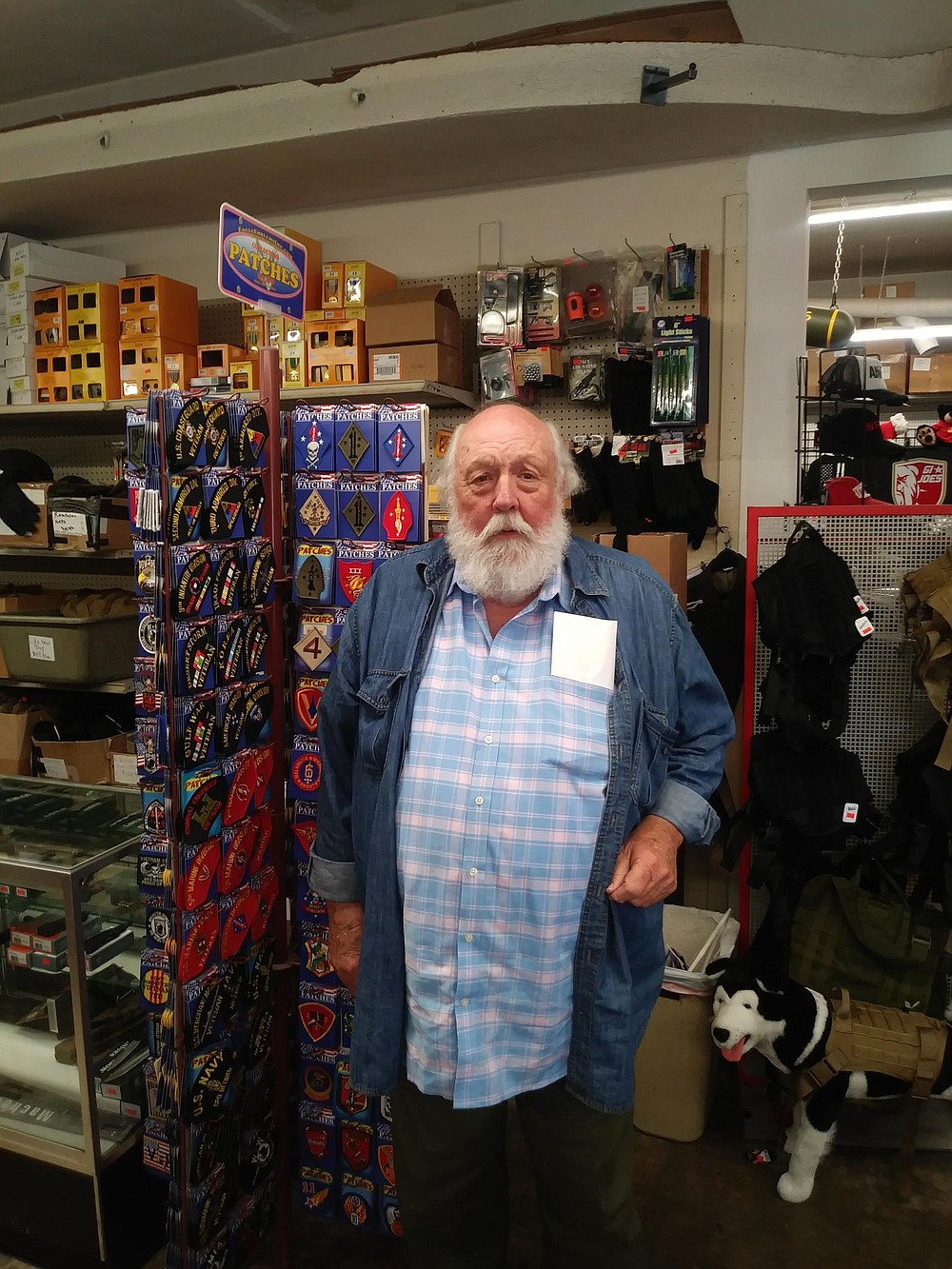 Jerry Alexander: “I don’t have to clean up vomit Saturday and Sunday mornings on my door step anymore.”

Oceanside is booming. The city recently stated that in five years its hotel room count will double. And even though the city of Oceanside just broke ground on a new pier-view $150-million hotel just a couple blocks away, some longtime locals wonder if the old Firewater at 406 Pier View Way, known for decades for its rough and rowdy clientele, can support such a dramatically different business.

Oceanside Mayor Peter Weiss does not think downtown Oceanside is destined to always be a rough-and-rowdy Marine Corps romper room. “Look at [eateries] 333 Pacific, L-T-H, The Urge or even The Pour House. Twenty years ago, if you said you were going to open places like that, people would have laughed at you. They are all drawing crowds now. You can definitely make it in Oceanside by not just being a PBR bar.”

But not everybody is ready to give up on the old downtown Oceanside which has catered to Camp Pendleton Marines for 75 years. Witness Jerry Alexander who owns and operates GI Joe's Military Surplus right next door to the old Firewater. “The only way they will get me out of here is feet first,” says octogenarian Alexander who has been selling uniforms and medals to Camp Pendleton Marines for 50 years.

Alexander says G.I. Joe’s will be around for a while. “I have a four-year lease.” But with all the intense pressure to gentrify downtown, what if he gets a lucrative offer to buy out his lease, I ask. “The taxes would eat all that up. Besides I have two granddaughters, one grandson, and a niece who works here. I guess you call that nepotism,” he laughed.

For the record, Alexander is glad that the Firewater went away. “I don’t have to clean up vomit Saturday and Sunday mornings on my door step anymore.”

An O’sider for 60 years, Alexander disavows the long-held belief that country star and 1967 Oceanside High graduate Barbara Mandrell played at the Firewater when it was a honky tonk known as The Rusty Spur. “But George Jones played there during the Korean War.”

But what happens when and if the military-serving barber shops, dry cleaners, and military gear stores eventually get squeezed out of downtown Oceanside? “I guess they’ll just have to buy everything they need on base,” says Alexander.

Also surprised by the Oceanside News storefront was landlord Tom Aldrich who owns the Firewater building and the three-story hotel next door that was built in 1888. He is spending seven figures to retrofit and renovate that all-brick hotel for a hoped-for 2020 opening.

“That [Oceanside News] sign was cast in concrete so we’re not sure what we’re going to do,” says Aldrich. “If we were to move it we would need a crane. But we’re not sure what would happen if we did try to move it.” Aldrich removed the bar’s old drop ceiling and siding leaving its original brick walls exposed.

Both Aldrich and Rassel say they do not want Oceanside to become Huntington or Newport Beach. “This is still a blue collar, gritty surf community,” says Aldrich. “Why do you think [TNT's] Animal Kingdom chose to film here?”

Although Aldrich says all the decisions with the new bar are up to the Rassels, he thinks the bar will work because of two different successes in nearby Carlsbad. “The Compass in Carlsbad does real well with craft cocktails. And the Speakeasy in Carlsbad has a line for people waiting to get in because of its exclusivity.”

Only on special operations like this. Also, did you know ABC enforcement staff can actually arrest you like police or sheriff deputies?

That is because they are POST certified law enforcement officers.

I recall state tax guys had fire arms also, when checking our stores cigarettes for property tax stamps. always wondered if a person could be shot for selling un taxes smokes

You would be amazed to know of the huge arsenals held by state and federal agencies not known for law enforcement. Its as though they were expecting a revolution a few years ago, and a good story lead