“All his characters have bold personalities, and I was mindful of that when I named these cocktails.” 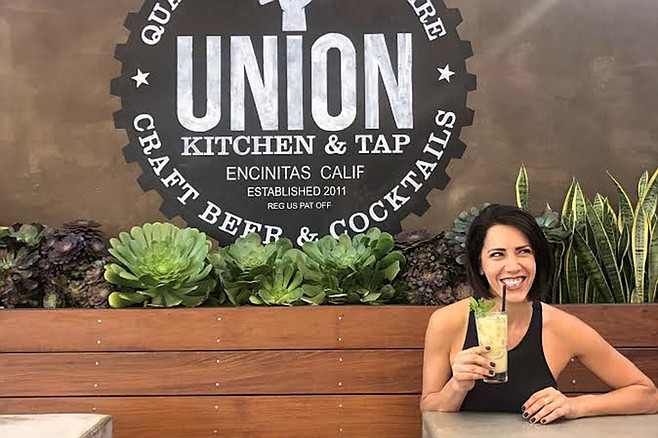 Mobsters generally don’t like surprises – and yet to stay in the game they have to be full of surprises. Just ask Nice Guy Eddy, Mr. Pink, or Mr. Black in Reservoir Dogs – or any of the other characters in Quentin Tarantino’s underworld oeuvre.

According to Union Kitchen & Tap cocktail manager Jessica Buesan, something of that same predatory paradox is at work among the cocktails she’s named for Tarantino characters, following on Union Kitchen’s success with memorable denizens of John Hughes and Wes Anderson films.

“Quentin Tarantino always says something that’s out there, strange and interesting,” Buesan says. “All his characters have bold personalities, and I was mindful of that when I named these cocktails.”

For instance, Nice Guy Eddy – the happy-go-luckless character played by the late Chris Penn – has a disarming exterior, but harbors something else behind his wide smiles and pastel vinyl windbreaker.

So too the eponymous cocktail crafted by Buesan.

“Nice Guy Eddy was deceivingly nice but was really tough,” Buesan says. “I wanted this drink to be similar – it looks sweet and Tiki and fun and standard, but when you taste the gin and the pistachio orgeat, it’s not exactly what it seems.”

And like the chaotic tension of character and plot development in Tarantino films, the Nice Guy Eddy offers more than one surprise reveal in its resolution.

“Initially, you’ll get banana on the nose,” she says. “After the first sip, you get the pistachio, and end with the brightness of the lime and mint. It also ends really clean with the gin. A lot of times with a Tiki cocktail, the liquor burns on the tongue, but the gin helps cut that and balance it with a good cleanse on the palate. Because Hendricks is so floral with cucumber and rose, you don’t get the typical dryness of a gin, but Hendricks’ cucumber essence instead. The mint pairs well with that too, and the soda water helps keep it bright and light.” 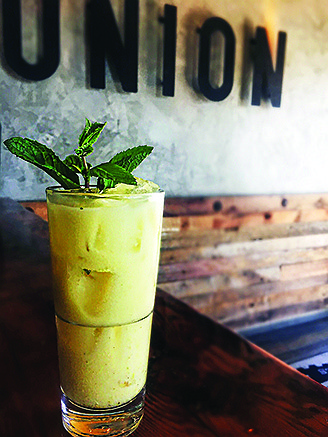