Award winning guitarist is not a stranger to such praise 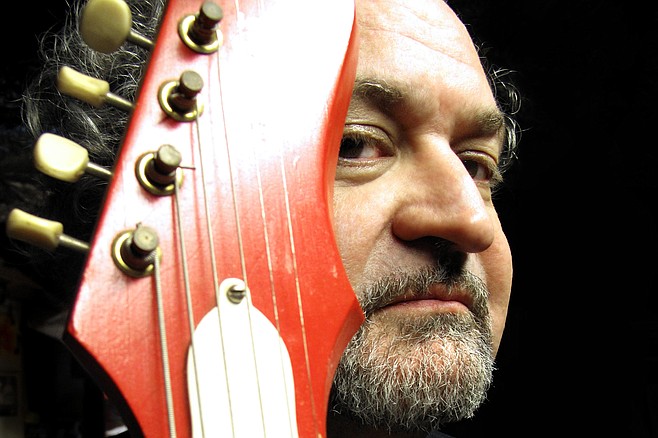 It’s like the Holy Grail, the search for one’s own musical identity. Then again, if individuality is even possible in this era of over-saturation, does it matter? Blues-rock guitarist Joe Bonamassa is huge box office in today’s blues market. His clear, spirited playing and his Men-in-Black stage rig fills halls. But blindfolded, I doubt a fan could pick his tone out of a lineup. It’s generic. Good, even brilliant, and time-stamped. Word is that Bonamassa got happy about the blues when he heard the British Invasion guys, the 60’s bands that rediscovered American blues and made new art from forgotten music.

Likewise for Tinsley Ellis. He would have been in elementary school in Atlanta when he first heard the British blues rockers that his own playing would later be compared favorably to, electric blues guitarists who became household names. Rolling Stone magazine once said that Ellis “achieves pyrotechnics that rival early Jeff Beck and Eric Clapton.” The same critic also used words like “feral” and “razor’s edge” to define Ellis’s playing for their readers.

Nominated for Blues Rock Artist of the Year and for Blues Rock Album of the year for Winning Hand by the 40th Blues Music Awards in Memphis, Ellis is not a stranger to such praise. In 2015, he won Blues/Rock Album of the Year for Tough Love from the prestigious Blues Blast magazine. The 1990s was when he separated himself from the pack of guitar slingers. This was in Atlanta, where his band the Heartfixers became nightclub favorites behind his charismatic merger of Texas blues, R&B, and funk. In 2017, he launched a side project titled Tinsley Ellis Blues is Dead. It’s him, doing Grateful Dead blues tunes and other of the blues rockers that were popular during psychedelic San Francisco’s music heyday. Tinsley Ellis, now 61, still favors life on the road. “A musician never got famous,” he once said, “by staying home.”