Playing ukuleles together is magic

“George Harrison used to carry two ukuleles everywhere, because people always wanted to play with him.” 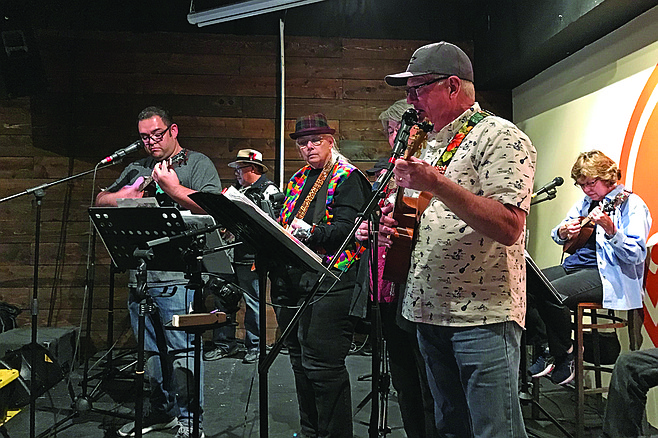 This is my friend Ronda’s idea.

Except in the end, flu hits her and she isn’t going to be plucking no strings this night.

I go anyway. Fact is, the uke was my first instrument as a kid, and I was really bummed when my parents came home with a guitar one Christmas. Tonight, I’m figuring redemption. Besides, I hear the ukulele is making a comeback. See how IZ, the Duke of Uke, Ka’anoí Kamakawiwo’ole, turned “Somewhere Over the Rainbow” plus “Wonderful World” into that sexy ukulele hit! 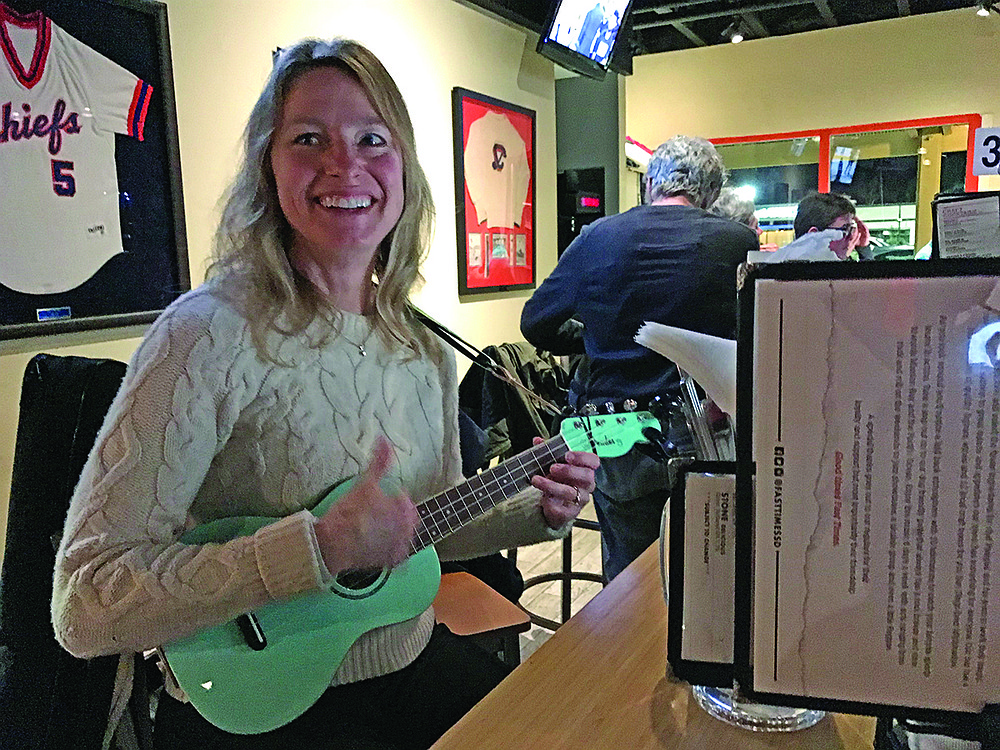 Mindy and her pet uke Aquamarine

But it’s a bit of a shock when you actually walk in. The en-tire room’s filled with people of all ages humped over their ukuleles, reading propped up lyrics, books, or iPads, and singing away with a mix of boldness and shyness.

A group of players stands on the stage with big ukes, small ukes, even electric ukes, leading the parade. As I come in, they’re launching into “Can’t Buy Me Love.” I see lots of plunking enthusiasts next to spouses sitting patiently with drinks in their hands. But you can see: this playing together, with an instrument that doesn’t place you naked in the spotlight, is magic.

“I’ve been coming for two months,” says Mindy, a blonde with an aquamarine ukulele. “I always leave happy.”

“It’s like the ocean here,” says Judith, who’s a scuba diver. “You enter with problems and gradually, everything gets better. You’re in another world.”

“Buy you a diamond ring, my friend, if it makes you feel alright.”

The whole room’s belting it out. “I like that ukes are small and only have four strings,” says Dan at the table next door. “Only four notes at a time. That leaves space for voices. San Diego has so many uke groups, you can go to one every night of the week.”

“Say you don’t need no diamond ring and I’ll be satisfied!” A snowy-bearded gent in shorts and bare feet has a good voice. He’s singing to an iPad leaning against his table lamp. This is Dan Pearson, electronic engineer just retired from Qualcomm. “What I love is no-one hears your mistakes. With all these ukuleles, you can hide in the crowd.”

He says he’s not the fanatic some of his pals are. “I have soccer on Thursdays and Saturdays. Down there they say, I’m not as fit as a fiddle, more fit as a ukulele.” 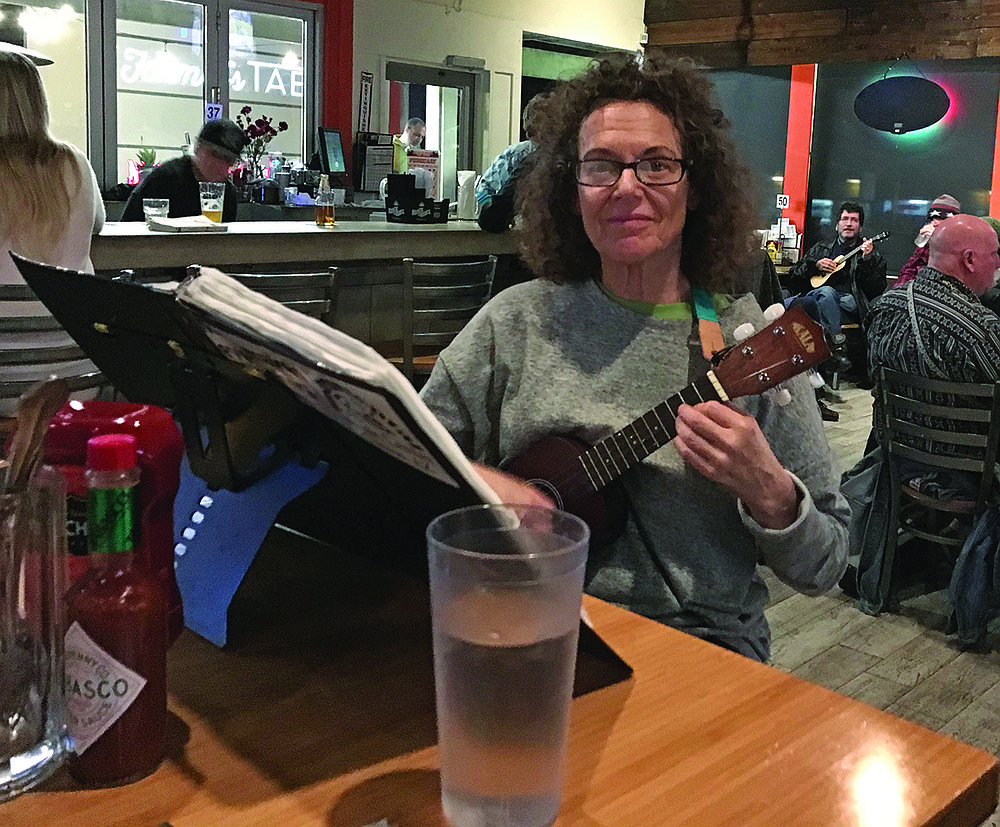 Right now, everyone’s moved on to “Sweet Leilani,” old line Hawaiian. Of course, ukulele’s the ultimate Hawaiian instrument. Uku-lele means “jumping flea” in Hawaiian. Except it’s actually an adaptation of the machete, the mini-guitar Portuguese immigrants brought with them to the sugar fields back in the day.

And if you don’t have one? “Come anyway,” says Dan, “Someone will have a spare. George Harrison used to carry two ukuleles everywhere, because people always wanted to play with him. That’s what ukes are about.”